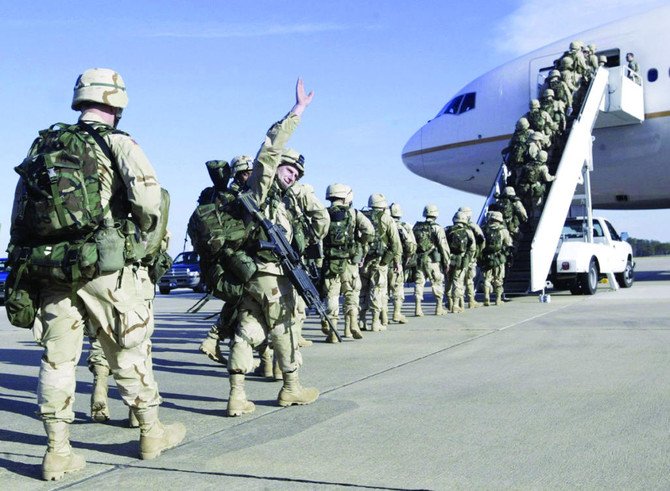 Insecurity In Afghan Region After US Withdrawal

The American forces left Afghanistan secretly to avoid any interference or casualties resulting from intelligence breach that might have forced the US head to revamp the policy of withdrawal from Afghanistan. The Biden administration was determined to pull out their forces from Afghanistan. Many analysts do believe that Talibans could never survive against the allied forces if they had not been funded and supported by the secret hands. It seems obvious when we see that the Talibans never lacked modern weapons, technology, dollars, food, backdoor diplomacy channels and other facilities.

The future of South Asian politics seems troublesome. The UK and other countries have consented to work with Taliban governments but US along with other powers advised Talibans not to capture Kabul and political power by force because it would be difficult for them to cooperate with them. This gesture shows advice to Talibans that if they capture power with consensus they, US and allies, would be ready to render cooperation.

We see a big change in Talibans in that their vision seems mature. They have been occupying the rival territories without resorting to barbarity and brutality they had were infamous for in the past. That they are capturing bordering districts one by one without any resistance from the locals shows the terror of the Talibans. The Afghan masses cannot forget the ruthlessness of Talibans and fear it will recur for coming decades. Therefore they don’t trust the Ashraf Ghani administration to provide the safety and security. Even people working in Government are submitting to them gradually and it seems that Talibans will soon occupy the major portion of Afghanistan.

The US allies have planned to retain Kabul to counter Taliban if they prove a menace for the international movement or diplomacy. Ashraf Ghani weak government, extremist ideology and past inhumanity of Talibans present a fragile situation of law and order in Afghanistan.

If Talibans come to power, many refugees will flee to Pakistan. Many pro US families had already applied for immigration in the west because they expect barbarian treatment by the Talibans after the US withdrawal.

The circumstances heading towards conflict create a new sense of insecurity in Afghanistan and South Asia. Afghan refugees in Afghanistan will cause trouble in Pakistan because Tehrik-I-Taliban Pakistan and anti-Shia and other Muslim sects can be targeted, befriended and encouraged towards violence by the troublemakers infiltrating in the guise of the refugees. There is empirical evidence that the same happened in the past.

The only difference is that past happened under the Soviet Union while the current scenario presents US and allied forces. The rest of the situation is same.

In India, the BJP government under Narendra Modi has been targeting Indian minorities. The citizen laws, agriculture bills, ghar wapsi, conspiracies against Churches, Mosques, Gurdwaras, Granth Sahib, etc. Throwing the blame on its neighbour and promoting the disinformation that all troubles in India come from Pakistan will ignite a new era of tussle between Indian and Pakistan. The Kashmir issue, Sikh issue and Muslim issue in India are expected to heighten to the extent that the region could see a new wave of agony and terrorism. The Taliban could start to exploit these as well.

The Talibans were approached by the Indians but they were not welcomed under a revengeful atmosphere as India had supported anti-Taliban internal and external forces during the past decades.

The Talibans have enjoyed a soft corner by Pakistan but the post-withdrawal situation is not favourable for Pakistan either. The US should have reached out to all the fighting factions in Afghanistan and secured their agreement on a coalition government which could bring peace in Afghanistan. Unfortunately the US forces abdicated from all influence in the government formation or maneuvering power. This has caused a major crisis in Afghanistan.

Afghanistan, Iran, Pakistan and India lack diplomatic vision, depth and wisdom to cope with the alarming situation that is developing under these circumstances. For this reason, all share apprehensions because if Talibans get the support from Russia and western secret agencies as happened in the past two decades the South Asian countries will be unable to handle the situation. Resultantly, the region will be destabilised and go on fire.

ALSO READ: How US Turned A Good War Into A Dumb War

The BJP government may benefit from this hate-ridden situation but they will have to make many sacrifices because hatred cannot be alternative to peace. Peace and love are the only solution to eliminate hatred and violence.

Pakistan is the most vulnerable country. Past record shows that Afghan wars hit it to the extent that terrorist activities of the Afghan sponsored factions not only supplied drugs and weapons but also resulted in attacks on Pakistani military bases, schools, markets, Imam Barahs, Churches, Gurdwaras and Mosques. It seemed that Pakistan would never be able to restore peace in the country.

The Pakistan army had to plunge into war within Pakistan against the terrors and with 70,000 lives lost. The Army managed to control the criminals and terrorists and restored law and order situation. However once again the same woeful situation is emerging and the Pakistani policymakers are pondering over the situation.

The issue of the daughter of the Afghan ambassador and their return to Afghanistan as tacit protest has created a new chapter of confusion between Afghanistan and Pakistan. Pakistani government believes that Indian hand is behind all these incidents because Pakistan cannot afford such tensions with its neighbouring Afghanistan. Such incidents are engineered by foreign secret hands.

Under these destabilizing and increasingly fragile circumstances, Pakistan and India should hold more and more sessions of dialogue to clarify things otherwise they will face another wave of havoc in the future.