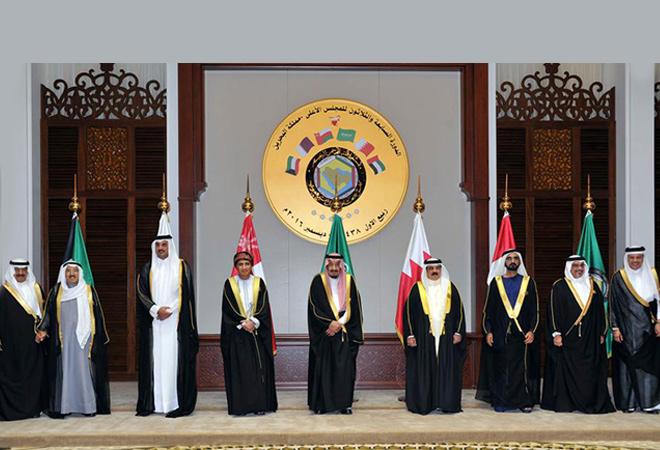 Is End Of Qatar Blockade End Of Saudi Era?

On January 5, during a Gulf Cooperation Council (GCC) summit, Saudi Arabia, the United Arab Emirates and Bahrain announced that they were ending the air, land and sea boycott of the state of Qatar. The summit issued a solidarity statement in which all sides vowed not to interfere in each other’s affairs while retaining the freedom to follow their own foreign policy.

This was presented to the world as some sort of victory for the GCC, which had been practically paralysed because of the rift, and for Saudi Arabia’s crown prince Mohammed Bin Salman (MBS), but in reality, it was a big victory for the tiny state of Qatar and one more failure of the misguided policies of MBS.

It should be mentioned that the declaration of conflict with Qatar in June 2017 was one of the first actions of Mohammed Bin Salman, who became the Saudi Crown Prince in the same month. The three countries together with Egypt accused Qatar of supporting Islamist groups in the region and of having close ties with Iran.

Moreover, they presented a list of 13 demands for the lifting of sanctions, which included limiting relations with Iran, ending support for the Muslim Brotherhood and closing down Al Jazeera, which exposed the corruption prevailing in Arab states. Qatar flatly refused to comply with these demands.

Throughout this period, the tiny but oil-rich Qatar stood its ground and managed to overcome the difficulties it was facing, used the Iranian airspace for the flights of its airline and forged closer relations with Turkey and Iran, with which it shares a giant gas field. It also built factories to manufacture consumer goods and increased its national investment fund with more than USD 320 billion.

It is reported that the only concession Qatar made for the lifting of sanctions was to withdraw claims for USD 5 billion in compensation for damages caused due to the boycott. For its part, Saudi Arabia withdrew its demand to close Al Jazeera.

In the past decades Saudi Arabia, as home to Islam’s holiest sites and as a country having the second-largest oil reserves in the world, had a lot of religious and economic power among the Arab and the Islamic countries. In 1978 in the wake of the Islamic Revolution in Iran and the Soviet invasion of Afghanistan the following year, the Saudi regime became a most valuable ally of the United States.

The end of this state of affairs started with the death of King Abdullah and the leadership of King Salman and his son Mohammed, who became Defence Minister and afterwards Crown Prince. Soon MBS embarked on an anti-corruption campaign and arrested dozens of rich Saudis, including princes and government officials, forcing them to pay billions of dollars into government coffers. He tried to turn Qatar into a vassal state and make the Gulf Cooperation Council impose sanctions on Qatar. Only UAE, Bahrain and Egypt- which is not a GCC state- followed him and boycotted Qatar.

Mohammed bin Salmanguided the Saudi-led intervention in Yemen against the Houthi rebels, who in 2015 had seized Sana’a and ousted the Saudi-backed Hadi government. Saudi airstrikes during the intervention have resulted in thousands of civilians killed or injured, prompting accusations of war crimes in the intervention. Despite hundreds of billions of Saudi arms purchases, the five-year war continues with no one emerging victorious, while one of the worst humanitarian disasters in the world has been created there. Meanwhile, Yemeni Youthis are escalating their missile attacks on Saudi Arabia.

In October 2018, a Saudi journalist and a critic of the crown prince named Jamal Khashoggi disappeared after entering the Saudi consulate in Istanbul. Turkish officials say Khashoggi was first tortured and then murdered by a 15-man Saudi team. Prince Mohammed has denied any involvement in the murder and blamed the assassination on rogue operators. However, Western countries are not convinced and believe this couldn’t have happened without the knowledge or approval of the prince. US President Donald Trump described the Saudi response to the killing as “one of the worst in the history of cover-ups.

Although MBS appeared prepared to take some liberalisation measures, e.g. significantly restricting the powers of the religious police, allowing Saudi women to open their own business without a male’s permission, opening the first public cinema in ultra-conservative Saudi Arabia and lifting the ban on women driving, he has consistently suppressed human rights activists, some of whom were murdered by death squads.

As Marwan Bishara, a senior political analyst at Al Jazeera points out: “The initial optimism and excitement about greater social mobility and empowerment of women soon gave way to pessimism and despair, as Saudi economic reform and multibillion-dollar megaprojects stalled, while youth unemployment remains at a high 29 per cent. The Saudi kingdom is in disarray, its regime utterly disoriented and disrespected throughout the region and beyond.”

Omer Ozkizilcik, an analyst for the SETA Foundation, says: “A withdrawing Saudi Arabia, an increasingly influential UAE that focused on Turkey and Qatar, and the continuing Russian-Iranian cooperation made Saudi Arabia the primary loser of the geopolitical chess game in the Middle East. From Syria to Yemen, Saudi Arabia’s role was relegated to a footnote.”