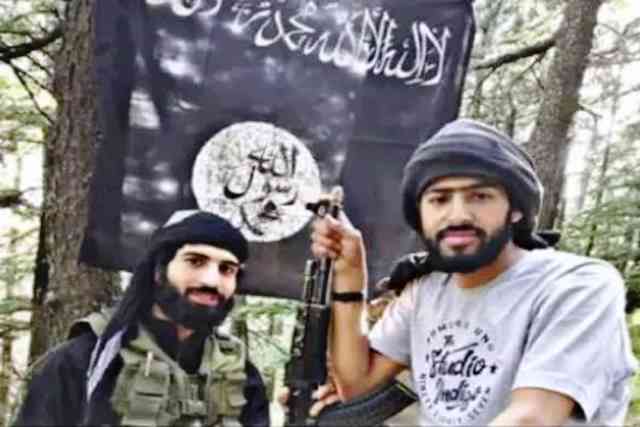 After the fall of the caliphate in Syria and Iraq, the Islamic State is fast spreading its network in South Asia, the region which already has a large number of terrorist and extremist groups.

ISIS sympathisers, some of them former Taliban commanders, have begun active recruitment drives to widen the presence of the group in the region.

To discuss the emerging threat of the Islamic State in South Asia, Amsterdam-based think tank, European Foundation for South Asian Studies (EFSAS) hosted a webinar on Monday titled — ‘Rise of ISIS in South Asia’ — on the sidelines of the 45th Session of the United Nations Human Rights Council.

The event was moderated by Junaid Qureshi, Director EFSAS, and human rights activists, NGO representatives and scholars in the field of terrorism and South Asian politics. They deliberated upon the origins of the Islamic State of Khorasan province, its main areas of operation and assessed its number of fighters mostly belonging to Pakistani origin.

Timothy Foxley, an independent political and military researcher, current EFSAS Research Fellow and former Senior Analyst for the British Ministry of Defence, the Swedish Ministry of Defence and the Stockholm International Peace Research Institute (SIPRI), discussed in-depth the future of the Islamic State-Khorasan Province (ISKP), in the backdrop of the US-Taliban ‘Peace Talks’ and the US troops withdrawal from Afghanistan.

He said earlier this year, the United Nations in July assessed that there might be around 2000 ISKP fighters.

“So there is some kind of consensus in the number of forces available. They are a mix of nationalities fighting within ISKP, many came originally from the Tehrik-i-Taliban Pakistan, TTP – the Pakistani Taliban. Some of these have been in Nangarhar province for several years from around 2010. According to US military sources, as many as 70 per cent of the ISKP fighters are Pakistanis,” he said..

He argued that ISIS aims to appeal to Sunni Muslims globally, invoking senses of perceived injustice and local grievances in various contexts, including the region of South Asia, which has resulted in the development of a non-contiguous Islamic State, at least in thought.

Stott further stated that an estimated number of 800-1000 Britons have travelled to join ISIS.

The Islamic State of Khorasan province has been accused of carrying out attacks on behalf of the Haqqani network and the Lashkar-e-Taiba in Afghanistan and India.

Various reports suggest that the Pakistani deep state is pushing the Haqqani Network to increase its stake in ISKP to retain its leverage on Afghanistan.

Researchers in the EFSAS webinar drew similarities between the modus operandi of ISIS in Pakistan and the Haqqani Network, arguing that oftentimes the two groups acquired weapons and ammunitions from similar sources, which implies that the ISI keeps ISIS as an open option to be utilised for strategic depth in the future.

Malaiz Daud, former Chief of Staff of Afghanistan’s President Ashraf Ghani, Research Fellow at the Barcelona Center for International Affairs and Research Fellow at EFSAS, deliberated upon the presence of ISIS in Pakistan and the region of Jammu and Kashmir.

He claimed that in the context of Pakistan, the number of ISIS affiliates is unknown, yet most of them are former TTP, Jama’at-ud-Da’wah (JuD) and Al-Qaeda members, while lone wolves without any affiliation to other terror groups also constitute part of their ranks.

“The problem is if you talk to the Afghan security officers, they will all point to the hallmarks of the attacks of ISIS, and say it is very similar to the attacks by Haqqani Network. They say that ISIS is totally a different face now. When Taliban or the Pakistan ISI would like to conduct an attack, just blaming it on ISIS, they say that they are not supporting but actually they are the ones doing it. We have not seen any evidence. But again, the insurgency, the landscape is so fluid, material, people, and resources are shared widely and extensively,” said Daud.

The whole discussion in Afghanistan is that the ground for all this has been made by the Pakistani ISI and they are keeping ISIS as an option against the Taliban.

Over the years, Pakistan has gained the reputation of being a terror- breeder and perpetrator and is now counted among the dreaded few for spreading mayhem across South Asia and the globe.

It not only provides resources and funds for terror proliferation but also political patronage to allow them to unleash their devious strategies in their own style. (ANI)