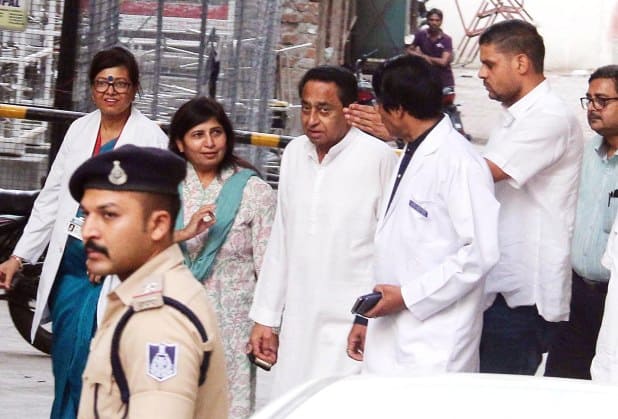 Kamal Nath To Be In Jail Soon: Akali Dal

After the Ministry of Home Affairs cleared the propsal to reopen cases in the 1984 Sikh massacre, the Shiromani Akali Dal on Monday claimed that Madhya Pradesh Chief Minister Kamal Nath will soon be arrested.

SAD national spokesperson Manjinder Singh Sirsa said: “Due to technical and legal angles somehow he has been escaping for the past 34 years. I believe Kamal Nath will be the only sitting chief minister who will be arrested in connection with the 1984 massacre,” Sirsa told ANI.

Speaking about the case registered against Kamal Nath, the SAD leader said, “The Ministry of Home Affairs has issued a fresh notification in connection with the 1984 anti-Sikh riots stating that all the cases which were closed or in which trials have been completed will be opened again.”

Sirsa said that the specific case was against Kamal Nath who was a “part and parcel” of the mob that killed two innocent persons in Gurudwara Rakabganj Sahib during the 1984 riots.

After the notification was issued, Sirsa along with his team submitted the representation to the chief of Special Investigation Team (SIT) which ensured that the case against Kamal Nath will be opened soon.

“Now, the SIT has opened this case and issued a notice for the witnesses to come forward and depose before it for the particular FIR no. 601/84, which is lodged against Kamal Nath and his fellows,” he said.

While Singh was the lawyer of Gurudwara Rakabganj Sahib employee, Suri was press reporter, he said adding that they both are ready to depose.

He said the SIT has given them a specific time to appear before it.

Seeking free and fair trial, Sirsa said: “We want Sonia Gandhi to ask for Kamal Nath’s resignation if they want justice to be done.”

He also said that security should be provided to the witnesses as there was “threat to their life”. (ANI)