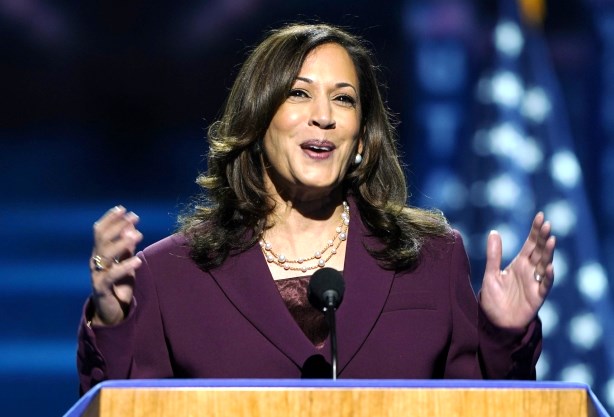 Being elected the first woman vice president of the United States, Kamala Harris signals the coming of age of the country that her parents migrated to six decades back. For, the USA, in its 230 years history as a democracy, has never elected a woman to the two top constitutional posts. To contrast this, one would have to trot out a very long list of women leaders who have adorned top offices across the world.

Born of a mother from India and a father from Jamaica, Harris is the first woman, first Indian American, first woman born of a Black father, first South Asian American and the first Asian ever elected as vice-president.

Come January, she will be sworn in in the second-most important post in the world’s most powerful nation. Otherwise, people with Indian roots have been presidents and prime ministers in a dozen countries across the world, from New Zealand and Singapore to the Caribbean, to Ireland and Portugal. Their number is growing.

Carrying forward the democratic tradition back in India or what they may have heard from their seniors, many have been elected to city mayors, lawmakers and ministers. Look at the US’ “Samosa Caucus.” Look at the two Indians holding key posts in Britain or four of them in Canada. These numbers, too, are bound to grow. A head count of the elected leaders conducted some years ago touched 45.

Indian diaspora are growing. The Obama administration had sent out six Indian Americans as envoys. Look at the diplomatic staff in foreign missions, not just of the Commonwealth countries and not just New Delhi.

ALSO READ: Harris Holds Many Firsts To Her Name

Arguably though, this does excite Indians. They are learning, hopefully and gradually, that the loyalties of these persons lie, as they should, with the countries they, or their ancestors, adopted as home. No two things about it. If Niki Haley representing the Trump administration did convey some sour things to the people in the Government of India, Harris, or even President Biden, one whose forefathers married an Indian girl, will certainly do that. This is how it will be, and should be.

The Indian American community was electrified by Harris’ selection. Deeper study of the election results would be needed to know how many of those supporting the Republican Party switched sides. “Harris has mobilised Indian Americans, especially Democrats,” said a survey report by Carnegie. “Harris’ vice-presidential candidacy has galvanised a large section of the Indian American community to turn out to vote. But clearly, her candidacy galvanised the Democratic campaign and presumably helped in stemming any switch by pro-Democrat voters to Republican under the influence of the support Trump had received from Indian Prime Minister Narendra Modi.

Kamala Harris nurtured the Indian ethos that typically speaks of the family. She spoke of mother Shyamala Gopalan Harris, who came to the United States from Chennai and was a breast cancer researcher, frequently while campaigning. “How I wish she were here tonight but I know she’s looking down on me from above,” she said at the Democratic Party convention while accepting her nomination.

“I keep thinking about that 25-year-old Indian woman—all of five feet tall—who gave birth to me at Kaiser Hospital in Oakland, California… On that day, she probably could have never imagined that I would be standing before you now speaking these words: I accept your nomination for Vice President of the United States of America,” Harris said.

Her pride for her mother, of her preferences for things Indian, not necessarily projected for the election, have been talked and written about in a big way, at times more than Biden who was a known person having been the vice president under Barack Obama.

Kamala had accepted Biden’s announcement of her selection with a shout-out to her Chithis (Tamil for a mother’s elder sister) connected with several constituencies at the same time: African Americans, Asian Americans, South Asian Americans and, of course, the 4.5 million Indian Americans, 1.9 million of them eligible to vote.

Once her name was announced, lampooning bean. Her name was deliberately misspelt and mis-pronounced as a tactic usually employed to make Americans of different ethnicities feel unwelcome.

Trump soon realised that he was up against a tough woman who was at once articulate and popular. He had welcomed her as a “fine choice” as Biden’s running mate, but began to target her right away, calling her “nasty” and a “monster”.

One can look ahead, now that it is done and dusted. The redeeming feature, in a manner of speaking, is that Kamala Harris, age 56, is being billed as a potential President four years hence. This is mainly because of the advancing age of the winner, Joe Biden, who is not expected to seek re-election, but also because she has a proven record. Through her long career and through the rough and tumble of the election campaign, she was perceived as a woman of substance.

By comparison, her predecessors – women who contested for the vice president’s post but did not make it – had less to show. Sarah Louise Palin was Governor of Alaska in 2006, a post she quit in 2009 to contest as the running mate of Republican Senator John McCain. Before her was the first woman candidate for the vice president’s post who did not make it, Geraldine Farraro in 1984.

Kamala stood out for an added reason: the success of a vibrant America, despite warts and all. She displayed her multiple roots from a family that arrived in the US and grew by dint of hard work. Essentially a nation of immigrants, the US has in the recent years witnessed resentment against those coming from outside, something that Trump selectively but vociferously encouraged to consolidate his White American base.

Significantly, Kamala had herself sought to contest as the president and had been openly critical of Biden. The latter still thought her worthy of being the running mate and Kamala accepted as yet another point of distinction. Again, this shows the vibrancy of the American polity and its institutions.

Kamala Harris began as public attorney and was California’s Attorney General. As the vice president, she can still be expected to continue her career as champion of public causes.

(The writer may be reached at mahendraved07@gmail.com)