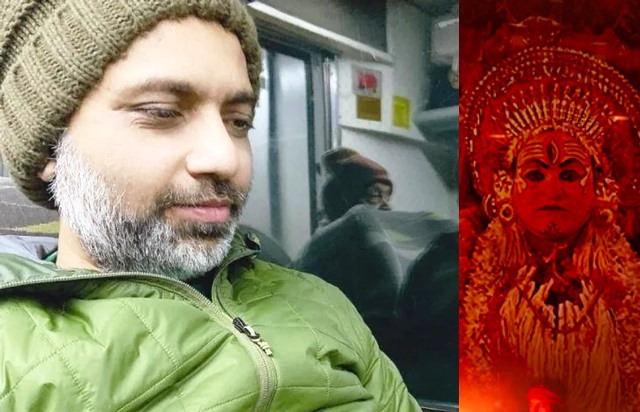 Rangnath Singh, a film buff who specializes in religious studies, says that the Kannada movie establishes that religiosity is not dependent on grand temple-like structures

The Kannada film Kantara has invited conflicting reactions from viewers as well as reviewers. The film is being criticized for promoting superstition. Those who find this film superstitious are the ones who ignore an important aspect – whether this superstition is harmful to society or useful. You cannot equate the social ills of child marriage and Sati Pratha with acts like worshipping a tree; the latter is a manifestation of interdependence between human and nature.

A section of people believes that not believing in God is rational thinking. This is borne out of a sense of intellectual superiority. One fashionable example of this is calling religious beliefs a lack of scientific temper. We conveniently forget that most of the great scientists like Einstein, Newton, and Ramanujan also talked about some cosmic order or the supernatural.

The criticism of this kind centers on superstition with selective text from religious books. They do not understand that like Engineering, Medical Science, and other modern disciplines, Religious Studies have also developed in recent years. Some eminent scholars of Religious Studies in the last hundred years like William James, Mircea Eliade, and Rudolf Otto defined religion, as not based on any particular scripture or a specific sect.

In this aspect, Kantara carries a strong narrative. Its religiosity and spirituality do not harm anyone. Its criticism on the point of superstition stands on its head.

Most of the reviewers have noticed three major players in this film: Indigenous People, The King, and The State. The fourth player is ‘greed’, which comes from the city. The basic clash is on land ownership. Either King is the owner or the State. The State treats forest land as its resource and the Forest Officer is trying to acquire the land. He finally resolves his conflict by giving the people concession that it would let people live after a boundary is made. He understands how to strike a balance between indigenous people and forest conservation. But look at the successor of the feudal lord that comes from Mumbai — he wants to snatch this land.

ALSO READ: ‘Kantara Is A Delightful Blend of Folklore & Spirituality’

Notably, religion is nowhere to be seen in the form of big temples in this film. Durkheim has said that we do not need God for religion. No grand narrative is needed for a common man’s morality and dignity. I felt that this film establishes this point remarkably: that the human being is just a resident of this nature like other living beings. This nature is not for exploitation and appropriation. The film shows the synchronic relationship between man and nature. Here man does not suppress nature. Here, varah is sacred, the tree is sacred.

A textual deconstruction of the film may be seen in The King agreeing with Daiva to give some of his forest lands to the local tribes in exchange for peace. But for The King’s successor who is an urban individual appearing after more than a hundred years, nature is merely a property to sell because he is rational. He does not differentiate between the sacred and the profane. This may be termed as rationality but it is essentially inhuman.

There is certainly a tone of Hindu revivalism in this film. But I feel that the autocratic idea of one God, one belief system, which is being promoted nowadays, is undemocratic in nature. In his book named Classic Varieties of Religious Experience, William James has written that religious experience is the fundamental thing. He says that religion is usually criticized on the face of its bad aspects but we need to see the sublime. After all, why did people follow Buddha, Christ, or Mahaveer, or people like Kabir, Tulsi, and Rumi? Religion manifests itself in myriad forms at individual and collective levels. It does not require huge structures.

Many people are writing that this film is ‘loud’. This criticism comes from the elite understanding and it is a class statement. This ‘loudness’ is natural, real, and very close to nature. The most positive element of this film is that it does not fall into a binary. It shows the most ancient form of religion that we have forgotten.