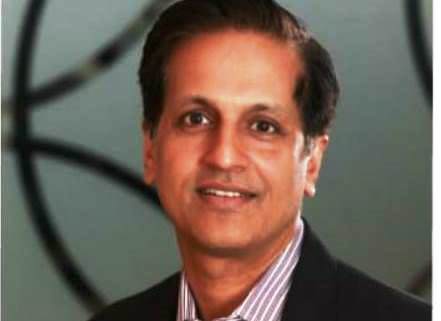 ‘Kids Were Moving With Sacks On Head. I Couldn’t Sleep’

Ajit Menon, a corporate leader, was moved by the TV footage of migrant families moving on foot post-lockdown. Menon shored up his resources to help the vulnerable workers, who he feels have built the NCR with sweat and toil

After the lockdown was announced, there was little for many of us to do at home except watch news channel for new updates. Most TV channels were showing how families of migrant workers in the National Capital Region had begun a mass exodus on foot to reach their hometowns. Some of these families lived hundreds of kilometers away but they felt reaching home was better than being stranded jobless in NCR.

The visuals of people walking with their children and womenfolk carrying sack-loads on their head were distressing. I couldn’t sleep that night; those pictures haunted me. The faces of the children, particularly, pricked my conscience.

ALSO READ: ‘They Built Our Homes, We Can’t Let Them Starve’

There was no question of sitting home and watch TV from the comfort of a lockdown. First thing the next morning, I drew up a list of my contacts from various work areas.  Over the decades of working in the corporate world, I have made friends with NGOs, social workers, social responsibility professionals and many in the government machinery. So, I began calling up these resources to assess our capabilities and limitations.

As the lockdown had been imposed, we had to find out a way out to help the labourers on the move and do it within the boundaries set by the law. It took some time to work out various logistics which included: 1) areas where most migrants had been stranded; 2) their immediate requirements; 3) procurement of the essentials required for distribution and; 4) finally the distribution and revision of the process.

So, we identified several areas with high density of stranded migrant workers in Delhi and Greater Noida with the help of various social organisations who were already on the ground.

We then created the survival ration kits. Thus, each of the ration pack would carry 3KG of rice and wheat flour, lentils, potatoes, oil and spices. This packet would be enough for a family of four to survive for a week. We marked all the recipients to ensure that we refill their ration supply right after a week.

We expected the lockdown continue for a long haul and we were proved right when it was extended for the third time from May 4 onward. But we are fully prepared to distribute more ration till the lockdown ends. I can only request people who have enough money to donate dry ration to the needy; it’s time for the privileged to help those who built our houses, roads and everything that we see around us.

I can rewind that the first influx of migrant labourers came to Delhi-NCR when the city went for a makeover ahead of 1982 Asian Games. Many of these workers came from Eastern UP and Bihar. The flyovers, wide roads, bridges and glass-concrete buildings that we see as pride of NCR have been built by the blood and sweat of these migrant labourers. We owe them a lot more than a few packets of weekly ration. I feel bad that I woke up late to the situation and many families left on foot to their hometowns but I am duty-bound to stop as many as I can from leaving the city now by ensure food and essentials to those whom I can.

Before I finish, I must share that a few among our team of volunteers clicked a photographs of the family which had received the packet of dry ration. When I saw the picture and the look on the face of the family, it brought both tears and joy. That moment will remain engraved on my memory. I felt as if I achieved much bigger than what money and material success can give you.