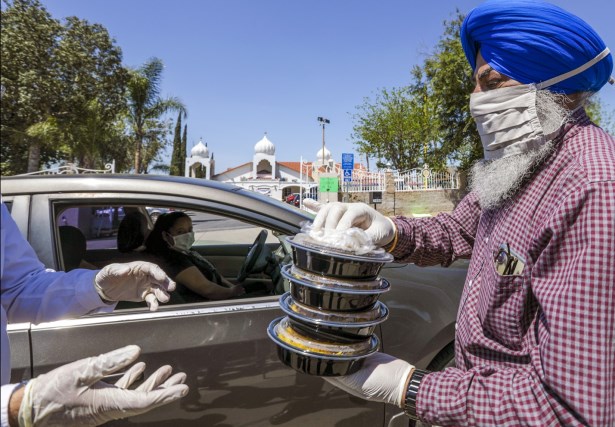 Langar In The Time Of Coronavirus

It started with ₹20 and has grown into billions now. It is what Guru Nanak, the founder of GurSikhi, called Sacha Sauda. Now during the Coronavirus pandemic, while others have locked down, Gurdwaras around the world have opened up, preparing meals and feeding the vulnerable, the elderly, those at the front line and anyone who is unable to pay for or get the supplies to feed themselves. The number of meals a day are staggering.  During this bleak time, the Nishan Sahib (the Sikh flag) flying proudly at a Gurdwara has become a beacon of hope to millions around the world.

From Amritsar, Delhi, to as far places as United States (notably in California and New York), United Kingdom, Australia and many other countries, Gurdwaras have been busy preparing and distributing langar (meal cooked in a Gurdwara) packets.

Anyone who has been to a Gurdwara knows that langar is a remarkable feature of the Sikhs. There is no charge and there is no feeling of having received charity. In most large Gurdwaras, langar is available from early morning, in some cases as early as 5 am to late night, up to 10 pm in some.

During this Covid-19 crises, preparing the langar, packing them into take away boxes, distributing them safely during this period and delivering them takes up more logistical management than the conventional langar which is offered on the Gurdwara premises. It needs a good number of people to cook, pack, deliver and then wash the cooking utensils. But one thing that can be said for Sikhs is that there is never a shortage of volunteers when it comes to Gurdwara-led service initiatives.

The origin of this goes to Guru Nanak, who was born in 1469. At a young age, he was given twenty rupees by his father to go and buy some goods and then sell them in the village for a profit, in the hope of making him into a businessman. On his way, Guru Nanak met some people who were hungry and wore torn, unwashed clothes.  Guru Nanak spent the rupees for feeding them and buying them clothes. When asked by his father, Guru Nanak said that he had spent the money on Sacha Sauda, ‘true trade’ which was more useful than making money.

That was instituted into langar by the second Guru, Guru Angad Dev ji in 16th century and has become a feature of Sikh Gurdwaras since. Today, Sikhs around the world spend billions of their own earnings to run langars in Gurdwaras.

Kulwant Singh, a trustee at Guru Maneyo Granth Gurdwara in Slough, United Kingdom, explains it beautifully: “Among the basic tenets of Sikhism is an edict that says in the times of a crisis, leave everything you are doing and get involved in the service of the vulnerable. Guru Hargovind Sahib, the sixth of our ten Gurus, also said, ‘Garib da muh, Gur di golak’, which means loosen your purse strings to serve the needy.”

“We are not doing anyone a favour.
This is our duty as a Sikh”

The Slough Gurdwara was the first place of worship in the UK to set up a Covid-19 Combat team with a bank of 300 volunteers, of which 100 are active at any given time. These workers toil in the kitchen for preparation of food, manage logistics like packing and distribution of hot meals through vehicles and deliver dry ration across the town and beyond to the needy. They also have a helpline manged by 10 to 15 volunteers who take emergency calls for essential supplies and information.

“Many of these meals are provided to NHS (national health service) workers at their workplace. We are not doing anyone a favour. This is our duty as a Sikh,” says Kulwant Singh. The team has advertised its emergency numbers via posters and online forums, so anyone can ask for help. In the last week of April, the facility was serving 2,000 hot meals a day and supplying weekly dry rations to over 3,000 families. The expenses are entirely borne by the Gurdwara and the members of the congregation. For the appreciation showered at their work, they respond with a brief and humble expression: Guru Kirpa (Divine Grace).

Thousands of miles away in US, the police were so moved by the unflinching work by the Sikhs during lockdown that they decided to signal their gratitude in a novel way. On April 27, California Police cars came with full sirens blazing and entered the Riverside Gurdwara to the surprise of standers by. The posse circumambulated the place of worship in order to pay respect for the langar packets delivered by Sikhs to the needy and the frontline staff.

“When cops showed up at the (Riverside) Gurdwara, there were multiple emotions among us, but the overwhelming one was of gratitude”

“When cops showed up at the (Riverside) Gurdwara, there were multiple emotions among us, but the overwhelming one was one of gratitude,” said Gurpreet Singh, Covid-19 Coordinator of the Los Angeles-based Gurdwara.

“We had not expected any gesture from anyone; our efforts have been entirely voluntary and motivated by our faith and beliefs. Nor did we expect that news to go viral. However, this did give a sense to pride to our volunteers. They felt good,” Mr Singh added

Meanwhile in India in Delhi too, in recognition of the Sikhs rising to the challenge of Coronavirus lockdown, the city police performed a round of the Gurdwara Bangla Sahib with sirens blazing. Gurdwara Sri Bangla sahib, one of the historic Sikh holy places in India, has been providing some thousands of langar packets a day.

“We did feel proud when even the Prime Minister publicly recognised our efforts on social media with a video of Delhi Police team performing a siren salute to Gurdwara Bangla Sahib. It gave us satisfaction and boosted the morale of our volunteers”

The Gurdwaras under Delhi Sikh Gurdwara Management Committee (DSGMC) have collectively been providing daily meals to lakhs of people amid an unprecedented lockdown.

Manjinder Singh Sirsa, DSGMCpresident, explains: “In Delhi, the Sikh community is working at two levels in these difficult times. One is at DSGMC level and the other is at various local Singh Sabhas or Gurdwara level. At DSGM, we feed nearly 2Lakh people daily, provide shelter and food to Doctors and other frontline health workers, and distribute dry rations to about 20,000 poor families on a weekly basis.”

While there is provision of state aid for such relief work, the Gurdwaras have managed it on our own. “This spirit of ‘sewa’ is being across the world. We did feel proud when even the Prime Minister publicly recognised our efforts on social media with a video of Delhi Police team performing a siren salute to Gurdwara Bangla Sahib. It gave us satisfaction and boosted the morale of our volunteers,” says Sirsa.

At a langar, everything is prepared fresh. Anyone regardless of religion, caste, nationality, background or means can eat at the langar. Usually this involves sitting on the floor. The Sikh practice of people sitting together at langar is called pangat. The richest and the poorest sit together, no one feels a sense of receiving charity. No one is questioned and no one is then given a sermon on the virtues of becoming or turning into a Sikh.

That astonishes many people who always see an ulterior motive, like proselytising, behind anything free. But langar is unconditional. Sikhs call it ‘sewa’ (volunteering) instead of Aid or charity, as they consider it a blessing to donate towards, prepare and give away free the Guru’s langar.

Guru Nanak’s langar has now been recognised as one of the most selfless work around the world. Entirely supported by the community, Sikh Gurdwaras do not hoard money or gold but spend it on public services. Almost all the donations are spent on ongoing services such as Langar. Langar equalises everyone as the richest and the poorest sit on the same level.

The great thing about langar is that it takes away the unequal relationship between donor and the recipient. The Sikhs give to the Guru and the Guru gives to the people. By giving it a sacred context, everyone feels privileged to partake in langar. Hence it is not aid or charity but sewa or selfless service.

The philosophy behind langar is that no one should sleep hungry. In India people know where to get a meal without question. All they have to do is find a Gurdwara. The country is blessed with so many Gurdwaras.

In Amritsar, Sri Harmandir Sahib (Golden Temple) around a 100,000 people eat langar every day. About 80% are non-Sikhs. It needs considerable organisation to prepare so many meals on a daily basis. In most large Gurdwaras they have mechanised the process with roti (chapati) making machines. Similar numbers are fed at Gurdwaras in many other large Indian cities. There is hardly a town in India that does not benefit from langar.

Occasionally, there have been criticism within the community of wasting so much money without return. Some Sikhs feel that there is no appreciation of this service and Gurdwaras should consider giving leaflets to encourage conversions or restrict numbers. But unconditional service is precisely what Guru Nanak had started. The vast majority of Sikhs continues to dismiss these pressures and proudly provide langar without making the recipient feel humiliated or under pressure. All that is asked is to consider the rest of humanity as one.

It is truly a remarkable and service on a global scale. The Corona Virus has killed many people. But it has neither dented the spirit of the Sikhs to continue with langar nor has Corona lockdown forced hunger upon people as long as there is a Gurdwara around. 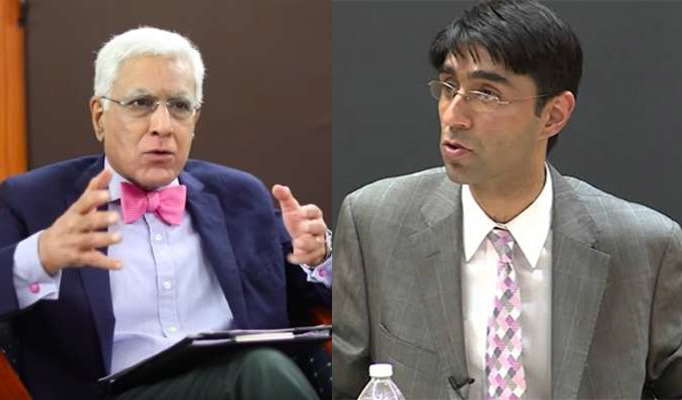 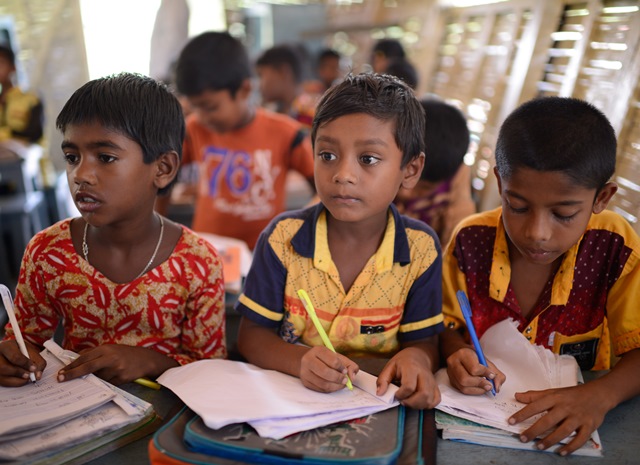 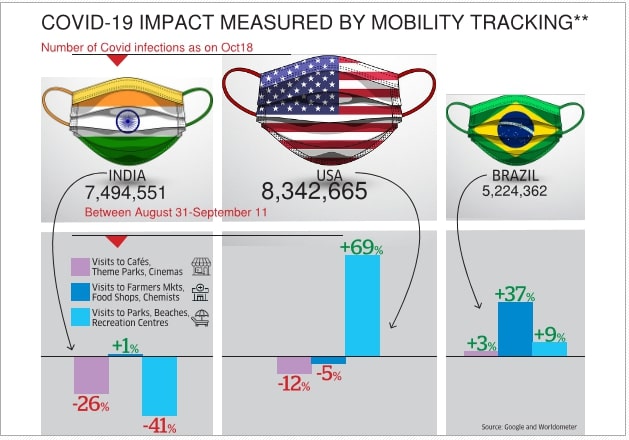