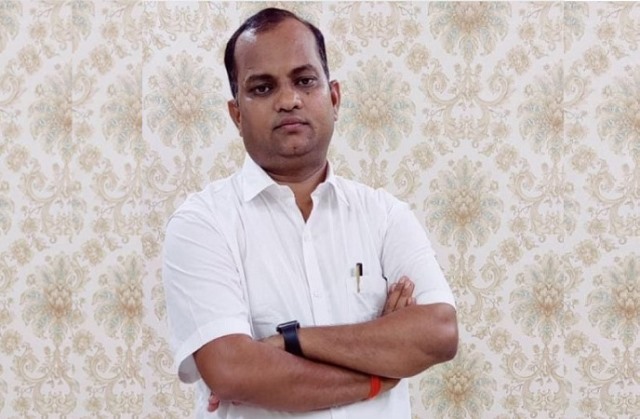 Laxmi-Ganesh On Rupee Notes Is A Laughable Poll Gimmick

Ashish Tripathi, a finance expert and a lawyer in the Lucknow Bench of Allahabad High Court, advises political parties to spare the rupee from politicking

Firstly, one thing should be clear about the Indian currency notes and coins – The Reserve Bank of India internally works out a design which is then put forth by the central board of the federal bank. The design, form, ink and material of bank notes shall be such as may be approved by the Union Government after consideration of the recommendations made by the central board.

All the politicians involved in creating a flutter on the issue are doing this just to fulfil their political ambitions and `lure’ a particular section of society. Their sole aim is to project themselves as the `messiah’ of a section of the majority community and add them to their vote bank.

All of us know the condition of the Rupee. It is trying hard to maintain a respectable stance against the US dollar and indulging in such cheap politics instead of doing your bid to assist the economy of India reflects your cheap and short term ambitions.

I will quote the example of Delhi CM Arvind Kejriwal who ignited a controversy by writing a letter to the PM. Be it the CM of Delhi or any state, he or she should first focus on achieving the goals they have set for their states welfare. For Delhi, my advice would be to clean the Yamuna, check air pollution, better traffic management, install CCTV cameras, etc, all the issues that were Mr Kejriwal’s poll promises before returning to power.

While most of his poll promises remain unfulfilled, he now wants to become the torch bearer of taking our economy to newer heights by suggesting the picture of Laxmi-Ganesh on currency notes that will, according to him, make rupee soar again.

ALSO READ: ‘AAP Trying To Beat BJP At Their Own Game’

In general, state governments should make their contribution to the Indian economy by small things like controlling VAT of fuel, maintaining the supply chain, providing a competitive environment for business, etc.

I would also like to quote an example: in 2002, a ₹10 coin having the picture of Vaishnao Devi was released and the Delhi High court was quick to observe that the Constitution of India does not permit use of any kind of religious symbol on currency notes and coins. The matter should have ended there if these so called `Desh Bhakts and Intellectuals’ had eyes and ears and minds to remain updated.

I have also come across the views of some `learned intellectuals’ quoting the example of Indonesia where (being a Muslim country) the currency note has the picture of Lord Ganesha. While such people invest so much time on the social media university brushing up their knowledge and intellect, they should know that the country was once ruled by the Chola dynasty which mastered architecture and considered Ganesha as the God of architecture and knowledge.

Do they also know that the schools and educational institutions in Indonesia have the statue/picture of Lord Ganesha? Does Kejriwal, or as a matter of fact, any other `secular’ CM or state head dare any such feet without the fear of vote bank? The answer is a simple NO.

I support the view of Adv.Ashish Tripathi

It is a very important topic which should be bring in to the public domain to take as much advised or we can say suggestions to make some fruitful and meaningful decision in our country favour.

Political parties must Stop playing with GOD.
I appreciate your move and I stand with you Ashish ji ✍️

support the view of Adv.Ashish Tripathi

No doubt politics has its place, but if the pride of the nation gets its place on money, then this whole society and the coming generation never forget their proud history.

I support to Adv.ashish sir

Good article highlighting the important aspects of Indonesian culture and giving a befitting reply to fools in India.

I support the view of Chacha ji

Necessary Functional Performance/Analytics Social
These cookies are essential in order to enable you to move around the website and use its features. Without these cookies basic services cannot be provided.
PHPSESSID
Cookie generated by applications based on the PHP language. This is a general purpose identifier used to maintain user session variables. It is normally a random generated number, how it is used can be specific to the site, but a good example is maintaining a logged-in status for a user between pages.
wordpress_test_cookie
Used on sites built with Wordpress. Tests whether or not the browser has cookies enabled
Technical Cookies
In order to use this website we use the following technically required cookies
These cookies allow the website to remember choices you make (such as your user name, language or the region you are in) and provide enhanced, more personal features. These cookies can also be used to remember changes you have made to text size, fonts and other parts of web pages that you can customize. They may also be used to provide services you have asked for such as watching a video or commenting on a blog. The information these cookies collect may be anonymized and they cannot track your browsing activity on other websites.
__cfduid
Cookie associated with sites using CloudFlare, used to speed up page load times. According to CloudFlare it is used to override any security restrictions based on the IP address the visitor is coming from. It does not contain any user identification information.
__cfruid
Cookie associated with sites using CloudFlare, used to identify trusted web traffic.
These cookies collect information about how visitors use a website, for instance which pages visitors go to most often, and if they get error messages from web pages. These cookies don’t collect information that identifies a visitor. All information these cookies collect is aggregated and therefore anonymous. It is only used to improve how a website works.
_gat_gtag_UA_2592650_1
This cookies is installed by Google Universal Analytics to throttle the request rate to limit the collection of data on high traffic sites.
_gat_gtag_UA_2592650_12
This cookies is installed by Google Universal Analytics to throttle the request rate to limit the collection of data on high traffic sites.
HotJar
_ga
This cookie name is associated with Google Universal Analytics - which is a significant update to Google's more commonly used analytics service. This cookie is used to distinguish unique users by assigning a randomly generated number as a client identifier. It is included in each page request in a site and used to calculate visitor, session and campaign data for the sites analytics reports. By default it is set to expire after 2 years, although this is customisable by website owners.
_gat
This cookie name is associated with Google Universal Analytics, according to documentation it is used to throttle the request rate - limiting the collection of data on high traffic sites. It expires after 10 minutes.
_gid
This cookie is installed by Google Analytics. The cookie is used to store information of how visitors use a website and helps in creating an analytics report of how the website is doing. The data collected including the number visitors, the source where they have come from, and the pages visited in an anonymous form.
These cookies are used by Youtube, Google, Twitter, and Facebook to deliver adverts that are relevant to you and your interests. They are also used to limit the number of times you see an advertisement as well as help measure the effectiveness of the advertising campaign.
Facebook
Youtube
Twitter
Google
__unam
This cookie is usually associated with the ShareThis social sharing widget placed in a site to enable sharing of content across various social networks. It counts clicks and shares of a page.
GPS
This cookie is set by Youtube and registers a unique ID for tracking users based on their geographical location.
Weather.io
Remember you weather Location
Decline all Services
Accept all Services
wpDiscuz
23
0
Would love your thoughts, please comment.x
()
x
| Reply