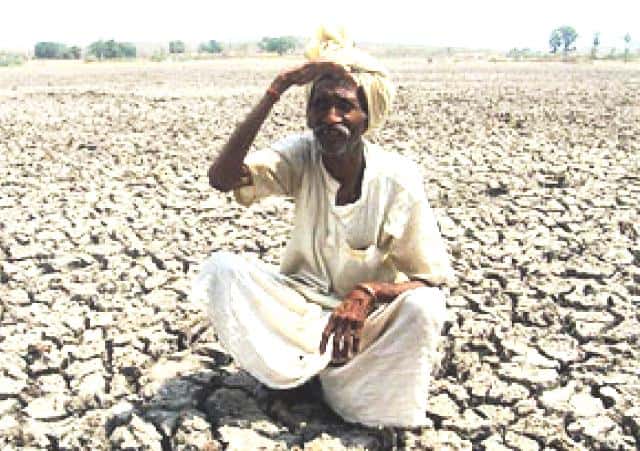 State governments must adopt a rental model for farm machinery and encourage crop diversification for improvement in soil health, productivity and profitability of farming

As is generally the case with articles published in National Geographic, Tracie Mcmillan’s piece on ‘How China Plans to Feed 1.4 Billion Growing Appetites’ based on extensive travel throws light on how the country is managing to overcome the shortcomings of restricted availability of land and a good portion of that not particularly fertile for farming, tiny holdings throwing a major challenge to mechanisation and restricted availability of water to lift crop productivity.

As China continues to become more prosperous with its growing ranks of urban population seeking Western-style diets, the demand on Beijing goes well beyond ensuring food security to industrialise the agricultural economy at rapid rates. The country figured most prominently in the recent shift of largest metro areas from Western Europe and North America to China. According to Global Metro Monitor 2018, China’s share of the 300 largest metropolitan economies of the world rose from 48 in 2012 to 103 in 2016. During this period, North America’s share is down from 88 to 57 and Western Europe’s from 68 to 43.

Shanghai, Beijing and Hong Kong are home to people whose per capita income is much higher than their counterparts engaged in farming and allied activities in rural China. India’s northern neighbour is already close to 60 per cent urban and that has been a long march from 19.8 per cent of the Chinese population living in cities in 1980. According to the World Bank, by 2030, up to 70 per cent of the Chinese population or around 1 billion people will be living in cities. Urbanisation in India has started speeding up more recently and the Bank says that half the country’s population will be living in urban centres. Growing urbanisation as it requires reorganisation of agriculture giving greater weight to livestock and milk and dairy products in gross value added in the sector creates many new economic opportunities.

Farmers getting better value for fruits and vegetables, livestock and milk when the agricultural economy goes through the process of industrialisation has been seen in China for over two decades. The immediate fallout of that will be significant reduction in crop wastage, which in the case of India ranges from 30 to 40 per cent. The average farm size in China is smaller than in India. In fact the two countries, which between them have a population of 2.75 billion have farms whose average size is among the smallest in the world. But as the prospects of getting jobs giving incomes higher than tilling land in tiny plots will ever offer and the charm of city lights are underpinning steady migration to urban centres, the broader agricultural landscape contours will undergo great changes.

This has already happened in a much bigger way in China than in India. The National Geographic article says: “Every kind of agriculture is now happening all at once: tiny family farms, gleaming industrial meat factories and dairies, sustainably minded high-tech farms, even organic urban ones.” Urban Chinese with high disposable income are not only eating meat three times as much as in 1990, they have become big buyers of all kinds of processed food. Their health concerns heightened by recent scandals concerning selling of sub-standard domestically produced food products have reinforced their preferences for foreign branded stuff.

No wonder then, foreign food companies as they are making enormous exports to China are braving the country’s complex regulatory regime to build plants there. Their efforts are bringing relief to local consumers who remain suspicious of the quality of local processed food products. But doesn’t this development go against what President Xi Jinping said some years ago that “our rice bowl should be mainly loaded with Chinese food?”

Whatever XI might have said, China still swears by Deng Xiaoping’s famous ‘cat theory,’ which says: “It doesn’t matter if a cat is black or white; as long as it catches mice, it’s a good cat.” Deng who was the de facto leader of the country between 1978 and the early 1990s wanted the job (rapid economic development) done, without making distinction between planned and market economy.

India’s tryst with foreign food companies goes back to many decades. From Levers to GSK Consumer and from Heinz to Danone are finding growing ranks of loyal consumers here of the items they are making at local plants. At the same time, however, some local groups such as Gujarat Cooperative Milk Marketing Federation, the owners of Amul brand, Mother Dairy and Godrej Agrovet have fortified their position in the market based on product quality and brand promotion.

More and more local and foreign companies are making investment in the dairy sector, India being the world’s largest producer of milk at 155.5m tonnes. ITC, which is steadily building new businesses to reduce its dependence on tobacco and cigarettes has ambitious dairying plans.

Agriculture is going through gradual structural changes in India and China. While figures for China are not available, India’s Economic Survey 2017-18 says the share of crops in the farm sector gross value added (GVA) was down from 65 per cent in 2011-12 to 60 per cent in 2015-16. In the corresponding period, the share of livestock in agriculture GVA was on ascendency.

India’s progress in realising values from crop diversification leaves much to be desired. The government at the federal level and in states must encourage farmers to assiduously pursue crop diversification that is to result in improvement in soil health, land productivity and profitability of farming. Water being in short supply in Punjab, Haryana and western Uttar Pradesh, it is desirable to use land now under paddy to grow crops like oilseeds, pulses and coarse cereals. Scope remains for shifting of land now under tobacco to growing other crops.

What are the common shortcomings of farm economy of China and India? The 10th agriculture census says not only did the average Indian farmland size shrink more than 6 per cent to 1.08 hectares from 1.15 hectares between 2010-11 and 2015-16, but the share of small and marginal holdings ranging up to 2 hectares rise to 86.2 per cent from 84.97 per cent of total holdings. In China, factors such as continuous diversion of land to construction, natural disasters and damage to environment led to a fall in total arable land for a fourth year in a row in 2017 to 134.86 million hectares, down by 60,900 hectares from the year before. As if there is a competition between the two countries, well over 90 per cent of over 200m farms in China are less than 1 hectare in size.

Mechanisation, which is essential to cope with growing shortages of farm labourers and boost productivity, becomes a challenge when the holdings are so small. Consolidation of land holdings is easily said than achieved. Small farmers are not able to raise funds to buy all the machinery and implements needed for tiling of land to harvesting of crops. China has found a solution to the problem by opening centres wherefrom farmers can take all kinds of machines on hire. The last Economic Survey here speaks of innovating “custom service or a rental model by way of institutionalisation of high cost farm machinery.”