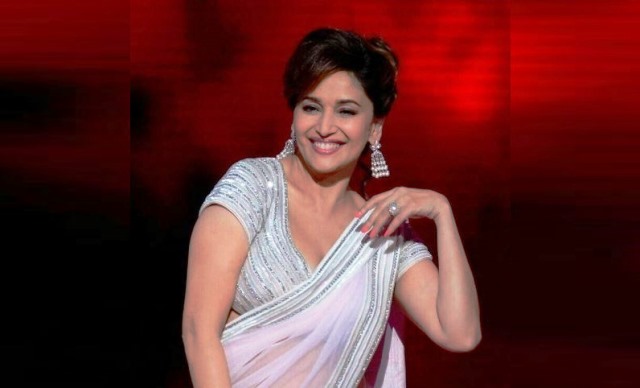 The ageless beauty of Bollywood Madhuri Dixit on Sunday proved that she is a true blue dog lover and channeled ‘puppy love’ with an all-smiles picture.

The ‘Kalank’ actor took to Instagram and shared a sweet picture with her pets.

The photo sees Dixit striking pose with her two furry friends as she sits on a couch. Donning a maroon top and blue pair of denim, the actor strikes a million-dollar smile while hugging one of her pet dogs.

The ‘Hum Aapke Hain Koun..!’ star simply wrote in the caption, “Puppy love (along with yellow smiley face turned upside down and a dog emoticon).

With the post hitting the photo-sharing platform, it garnered more than 88 thousand likes within an hour, with scores of fans leaving red heart emoticons.

Quite an active social media user, the ‘Dil’ star keeps on sharing intriguing videos and photos over the platform.

Earlier, the ‘Dhak-Dhak’ girl of Bollywood shared a picture of herself personifying beauty as she dressed in a traditional avatar.

Meanwhile, on the work front, Madhuri was last seen in the movie ‘Kalank’, in which she co-starred along with Sonakshi Sinha, Alia Bhatt, Varun Dhawan, Aditya Roy Kapur, and Sanjay Dutt.

She will be next seen in the third season of the dance reality show ‘Dance Deewane’ as a judge with Dharmesh Yelande and Tushar Kalia from February 27, this year. (ANI)