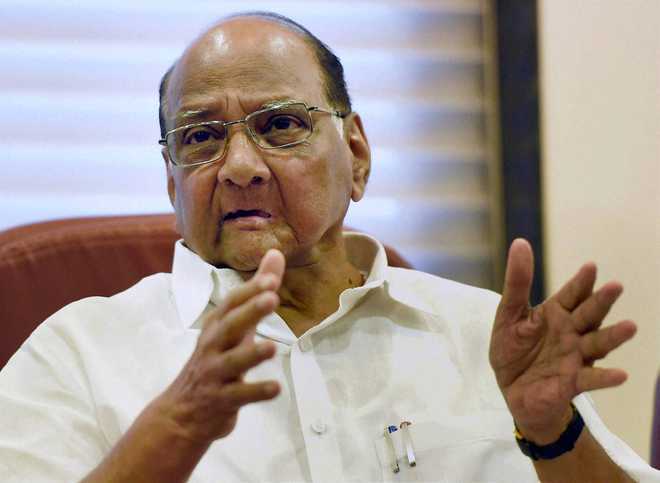 Mandate To Sit In Oppn, Not On Treasury Bench: Pawar

He said there was no talk with Shiv Sena about lending support to it or taking its support in forming a government in the state and the mandate for his party was to sit in the opposition.

Congress and NCP had fought the assembly elections in an alliance.

“The ground-level situation is not favourable for BJP in the state. For us, people have given us the mandate to sit in opposition. Neither have we spoken to Shiv Sena nor have they spoken to us,” he said.

BJP sources have said that the party and Shiv Sena were engaged in back-channel talks on the government formation and a positive outcome is expected to be announced in a few days, said BJP sources.

The BJP and Shiv Sena, who are partners in the ruling alliance in Maharashtra, had fought the assembly polls in alliance. The delay in government formation has been caused by differences in the two parties on power-sharing.

Shiv Sena has said that the two parties had a ’50-50′ power-sharing agreement before the elections but Fadnavis has stated that Shiv Sena was not promised the post of minister for two-and-a-half years when the alliance was sealed before the 2019 Lok Sabha polls.

The BJP has emerged as the single largest party by winning 105 while the Shiv Sena got 56 seats in the 288-member state Assembly. The results of assembly polls were held on October 24. (ANI)