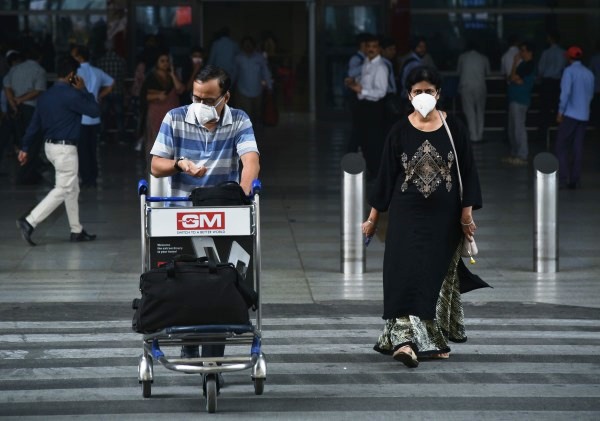 As many as 15 of the world’s most air polluted cities are in India. Together, these cities are home to more than 700 million people who are exposed to the ill effects of bad air. But what is the economic impact of the deteriorating air quality that afflicts India’s cities? The most recent assessment of that relates to 2013. A World Bank study shows that in just that one year, India lost more than 8.5% of its GDP owing to pollution.

More recent studies have shown that if India could manage to cut the level of pollution, its economy could benefit by many billions. An Indian Statistical Institute (ISI) study says if pollution is brought down to levels where it is not a health hazard, the economy could benefit by $300-400 billion a year. India wants to be a five-trillion-dollar economy in the next few years but reaching that target could be slowed down because of many economic factors but also the environmental crisis that the country faces.

The problem is pollution levels spike to alarmingly hazardous levels during the colder months in India when suspended particulate matter tends to remain in the air close to the ground. The outrage, shock, and protests also spike seasonally. But when things get better as the warmer months approach, all the noise winds down and the concerns about pollution get dissipated.

Air pollution in India ought not to be viewed as an environmental problem. It is an economic problem that comes with huge costs—both in terms of health as well as economic efficiencies. China, another huge country with a large population and densely inhabited cities, has had severe pollution problems but it has coped with them far more sensibly. That is because China looks at tackling pollution as a national economic problem and not merely one that is environmental. India must do the same.

Let’s take Delhi and the National Capital Region (NCR) as an example. Every year, the NCR has notoriously high levels of pollution in the winter months. Air Quality Indices shoot through the roof; respiratory ailments among its population reach nearly epidemic proportions; dense smog leads to vehicular and air traffic snarl-ups; and, consequently, economic losses mount.

Delhi and the NCR region is home to more than 25 million people. Vehicular emissions, and emissions from power plants and other factories contribute to Delhi’s poor air quality. But so does the practice of stubble burning by farmers in the adjoining states of Punjab and Haryana. Farmers prefer to burn the post-harvest stubble of crops as they see it as a cost efficient way of preparing the land for re-planting of crops. The problem is the smoke and emissions from burning blow into the NCR zone, spiking pollution levels.

Many attempts have been made to find alternative solutions for farmers and to educate and make them aware about the hazardous consequence of stubble burning. Unfortunately, none of these has made significant impact in curbing the practice. The reason is that many of the alternative approaches to getting rid of crop stubble are expensive.

But there is hope. Scientists at the National Centre of Organic Farming have reportedly found that “waste decomposing” could be a reasonably priced option for farmers to get rid of the stubble without the pollution hazards that burning leads to. According to media reports, for as little as Rs 20 per acre, stubble can be decomposed without toxic side effects. What is more, the organic decomposer is also believed to enhance the soil fertility of the land on which it is used. It also increases the level of organic carbon in soil and, may even have benefits to fight some pests.

At least one state—Haryana—has been offering subsidies to farmers to encourage them to adopt the waste decomposer and there has been some encouraging response from them to do so. Such innovations need to be introduced in other states, notably Punjab, too. However, there are other problems. Agriculture accounts for the livelihood of nearly three-quarters of India’s population of 1.3 billion. It is also a political sensitive arena. India’s farmers have been facing a crisis in recent years. Farm produce prices do not compensate them enough. Farm holdings are predominantly of small sizes and small and medium farmers have been burdened by debt.

Political parties, particularly in the more agrarian states do not think it is wise to meddle with farm practices that have traditionally been in use for decades if not centuries. Farmers are a huge vote bank for most parties and political motives come in the way of persuading them to adopt new practices that are sometimes perceived by them to be alien. That has to change with the times and as the pollution problem aggravates, there are few alternatives than to usher in practices that are more environment friendly.

Crop stubble burning, however, is just one of many new practices that have to be adopted by India. Vehicular emissions can be controlled by stricter norms on vehicle operation. Delhi has tried the “odd-even system” of allowing cars and other vehicles on its roads. Under that system, on alternate days vehicles with odd and even numbered registration plates are allowed to ply. That met with protests and had to be canned.

The NCR area is also largely free of restrictive zones for manufacturing industries that emit toxic particles. Strict enforcement of zones to ensure that residential areas and industrial areas do not conflate and that factories are pushed outside of the urban areas have to be adopted. Governments have to realise that fight against pollution is an all-round, all-year fight and not one that causes concern only in the winter months when air quality levels become hazardous.