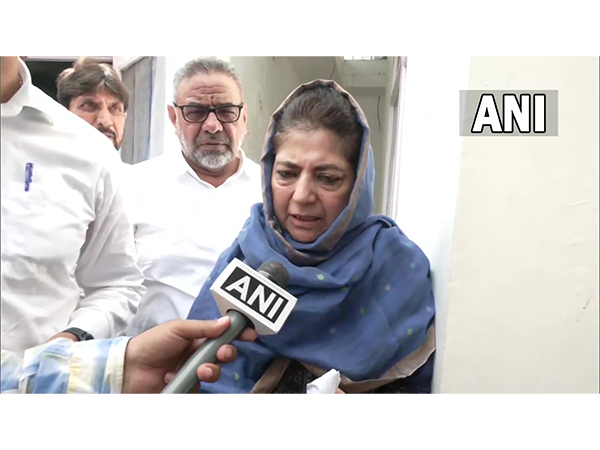 Amid Union Home Minister Amit Shah’s visit to Jammu and Kashmir, former chief minister Mehbooba Mufti on Wednesday claimed that she was under house arrest and was prevented from attending a wedding in Pattan town in the Baramulla district. Srinagar Police, however, refuted the allegation.

“While HM is going around Kashmir beating drums of normalcy, I am under house arrest for simply wanting to visit Pattan for a worker’s wedding. If an ex-CM’s fundamental rights can be suspended so easily, one can’t even imagine the plight of a commoner,” Mufti wrote on Twitter.
https://twitter.com/MehboobaMufti/status/1577511109632094215

Responding to Mehbooba Mufti’s tweet, Srinagar Police posted on its Twitter handle: “It is clarified that no restriction of any kind travel to Pattan, travel to Pattan was at 1 pm as intimated to us. The picture tweeted by her is of the inside of the gate with its own lock of residents who stay in the bungalow. There is no lock or any restrictions. She is free to travel.”

Mehbooba Mufti then responded with the tweet, “I was informed last night by SP Baramulla Rayees Mohammad Bhat that I wouldn’t be allowed to travel to Pattan. Today Jammu and Kashmir police have themselves locked my gates from inside & are now lying through their teeth. Sad that law enforcement agencies are brazenly trying to cover up their tracks.”

Amit Shah arrived in Jammu on Tuesday and offered prayers at the Shri Mata Vaishno Devi Shrine in Katra.

This is the second visit by Amit Shah to Jammu and Kashmir since the abrogation of Article 370 by the Modi government in August 2019.

On the second day of his visit today (October 5) Shah held a meeting with senior officials to review the security situation in Jammu and Kashmir. (ANI)