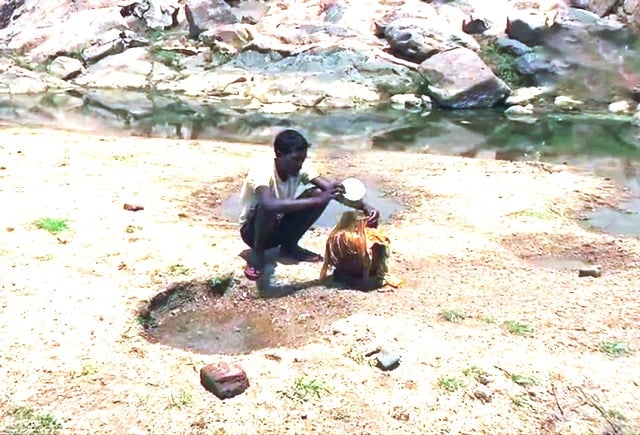 In his first edition of the ‘Mann Ki Baat’ radio programme after being re-elected, Prime Minister Narendra Modi on Sunday discussed topics like Emergency and water crisis, among others, while stating that he felt “empty” without addressing countrymen on the last Sunday of every month.

Prime Minister Modi started the address by saying that ever since the last episode was aired in February this year, he was missing his interactions with people.

“The rigours of Elections called for hectic preoccupation, but the one thing that was missing was the sheer joy of ‘Mann Ki Baat.’ For me, it was like experiencing a kind of void… Sunday, the last Sunday, at 11 o’clock, even I used to be uneasy, with a nagging feeling of a kind of emptiness… you too felt the same, didn’t you? I am sure you did,” he explained.

“Perhaps, this was not a lifeless programme…. I used to miss something every moment; when I express myself through ‘Mann Ki Baat,’ the one speaking is me, the words are mine, the voice is mine, but the story is yours, the ‘Purusharth’ pertaining to your pursuits and goals is yours, the ‘Parakram’, the achievement is yours. I just used my words and my voice and that is why, I was not missing the programme… I was missing you. I was undergoing a bout of emptiness,” he said.

In his address, the Prime Minister said many people wrote to him in the last few months, inquiring why he had gone to Kedarnath amid Lok Sabha elections.

The letters which steadily pour in for ‘Mann Ki Baat’, the inputs that are received are entirely different from routine government matters, the Prime Minister stated.

“I have seen for myself that in their letters, people go to great lengths in describing their problems; it is fascinating to see that in the same breath, they express directly or indirectly, a relevant solution or two, one suggestion or the other, or even an idea… Just imagine… a person writing to the Prime Minister of the country, but seeking nothing for one’s own self… it is a reflection on the lofty collective demeanour of crores of people in the country,” he said.

Prime Minister Modi went on to talk about the Emergency period, highlighting that there was an “outrage” in the “conscience of one and all”.

“When Emergency was imposed on the country, resistance against it was not limited to the political arena or politicians; the movement was not curtailed to the confines of prison cells. There was an outrage in the conscience of one and all. The collective torment on the loss of democracy was evident. Day and night, when one gets to eat food on time, one doesn’t realize what hunger pangs are,” he said.

“Similarly, in day to day life, it is difficult to savour the joy of democratic rights, unless they are snatched away. During Emergency, every citizen of the country had started getting the feeling that something that belonged to him had been snatched away. If what was snatched had never been enjoyed by that person, ever, it had to eventually precipitate into a painful inner agony,” he added.

Talking about the Lok Sabha elections, Prime Minister Modi stated, “In the 2019 Lok Sabha election, India saw over 61 crore voters exercising their franchise. We can think of this figure as one ordinary but if I place it in a global perspective, if you exclude China, the number of people who voted in India exceeds the population of any other country in the world. The number of people who voted in the 2019 Lok Sabha Election is more than the entire population of America, close to double the figure.”

“In order to successfully conclude this ‘Mahayagya’, on the one hand, whereas close to three lakh paramilitary personnel discharged their duty; on the other, 20 lakh Police personnel of various states too, persevered with due diligence. It is on account of these people that this time voting took place on a larger scale compared to the previous Election. For the voting, there were around 10 lakh polling stations, more than 40 lakh EVM machines, over 17 lakh VVPAT machines… you can imagine the gargantuan task,” he added.

He also highlighted how in a remote area of Arunachal Pradesh, just for a lone woman voter, a polling station was created. “The world’s highest located polling station too, is in India. At an altitude of 15,000 feet, it is located in the Lahaul-Spiti region of Himachal Pradesh,” he added.

Prime Minister said that ever since he said ‘No bouquet, just a book,’ people have been offering books at many a place.

“Just recently, someone gave me a book entitled ‘Premchand Ki Lokapriya Kahaniyan’, popular short stories by Premchand. It was a great feeling,” he shared, adding, “I will still urge you in today’s digital world and in the time of Google Guru, to take some time out from your daily routine and devote it to the book.”