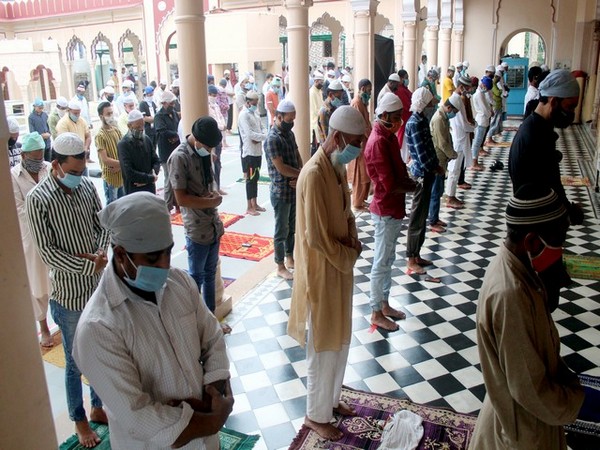 After the central government banned the Popular Front of India (PFI) and its affiliates for a period of five years, many Muslim organizations across the country have come out in support of the ban.

All India Sufi Sajjadanashin Councils’ Chairman Sayyed Naseeruddin on Wednesday welcomed the ban on PFI on behalf of the organization.
“The organization believes that if the step has been taken to adhere to the law and prevent terrorism, everyone should show patience towards the ban.” “The governments and investigative agencies should welcome the decision,” said a statement by the Council.

The statement added, “If the country is safe, then we are safe.” A country is bigger than any organization or ideology. If anyone talks about dividing the nation, breaking its unity, and destroying the peace, then that person should not be allowed to live in the country. “

“All India Sufi Sajjadanashin Council is committed to the unity, peace, and sovereignty of the nation and will raise its voice in future against those opposed to the country,” as per the statement.

Meanwhile, the Muslim Student Organisation of India termed the ban on PFA “reasonable”.

“The ban on PFA is reasonable. The time has come for the youth of India to leave the ideology of extremism and adopt the true meaning of Islam,” said a statement by MSO.

MLA MK Muneer welcomed the decision on behalf of the party and said, “We welcome PFI ban, if reasonable. We’ve to fight against RSS in a secular way too. The ban may not solve all problems. Earlier SIMI (Students Islamic Movement of India) was banned, but NDF (National Development Front), and PFI emerged later.”

Many political leaders across the country have welcomed the ban

On Tuesday, the Home Ministry issued a notification, banning PFI and its associates for five years. It said these outfits operate openly as socio-economic, educational, and political organizations, “but, they have been pursuing a secret agenda to radicalize a particular section of the society working to undermine the concept of democracy.”

It said some of PFI’s founding members are the leaders of the Students Islamic Movement of India (SIMI) and PFI has linkages with Jamat-ul-Mujahideen Bangladesh (JMB), both of which are proscribed organizations.

The ban was imposed after two rounds of nationwide raids, including in Maharashtra, on PFI earlier this month. More than 100 people linked to these outfits have been detained by authorities during these raids. (ANI)