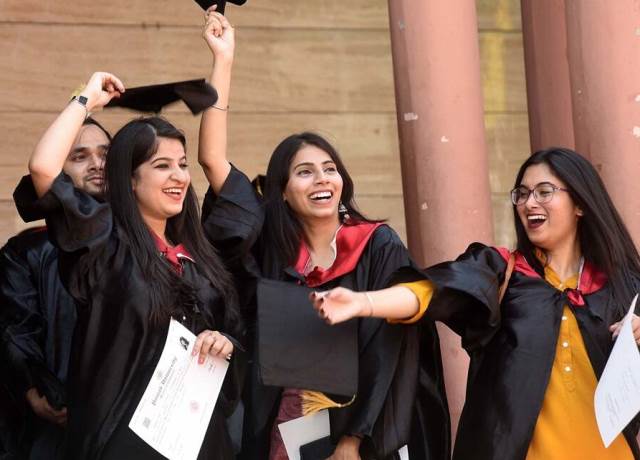 It is said about India that its economics is easy but sociology is difficult. Every initiative to change, whether good or bad, faces resistance since at least one segment finds its interest or sentiment to be hurt. Any change in this country is not possible until the things reaches its extreme. This is why despite drastic change in labour market world over, it took India almost 34 years to bring New Education Policy to cater changed world scenario.

The NEP-2020 has come at a time when Indian education system is facing extreme deterioration in the standard of institutions of higher learning (as witnessed in the global ranking), high politicization of campuses, rigidity in course structure and passing policy, lack of indigenization of curriculum, consistent fall in the expenditure on education as percent of GDP, nepotism and favouritism in admission/appointment system, dichotomy in the school education, overburdened school students, increasing cost of quality school education, deteriorating ethical and sense of responsibility, increasing privatization, etc.

There are some praiseworthy unprecedented bold initiatives in NEP-2020. First, the pre-primary (pre-schooling) education is very important for toddlers because it provides building block for elementary education. It lays down good foundation to create interest in schooling and makes all-round development of child. Despite its utmost importance, there wasn’t any government policy or regulation on pre-schooling education.

As a result a lot of pre-primary institutions cropped up with arbitrary syllabus and its accessories. In most of the cases, their syllabus was heavier than the nursery syllabus, and fee structure was even higher than primary education, which is the fundamental right of the students. Ultimately, it overburdened the children aged less than 6 and putting unnecessary pressure on the pockets of parents. There have been a tendency among the parents to teach their children everything in advance. However, the recognition of pre-nursery education in the NEP-20, will facilitate the framing of syllabus for the same in a more scientific and communally understandable way by the experts from NCERT. It will also regulate the unfair competition of overburdening students such a tender age, and will correct the historical injustice started in 80s.

Second, Carole Banson, a professor at University of Stockholm, in a background paper prepared for the Education for All Global Monitoring Report 2005 by UNESCO titled The importance of mother tongue-based schooling for educational quality emphasized on the importance of mother tongue for school children. He argued that use of a familiar language (mother tongue) to teach at pre-primary and primary level facilitates an understanding of sound-symbol or meaning-symbol correspondence. As a result learning become most efficient when students know the language.

On the contrary, it takes longer time to understand exact meaning when students are taught in a foreign language. In India, there have been a colonial practice of teaching English (a foreign language) at primary level to quick produce English speaking workforce for the colonial rulers. The practice continued and expanded more rigorously, even after independence. English was being taught to them even at pre-school level. However, the imposition of mother tongue or any Indian language up to 5th standard in NEP-2020 will not only lesson the burden of learning a foreign language but also recue young children from a torturous process of rotting. Further, it will reduce the gap between private and government institutions, and will provide level playing field for rich and poor.

Third, Indian higher education system have been highly rigid. Unlike schooling system, where a student can drop out at any stage and rejoin, higher education system doesn’t allow for the same. If a student joins any under graduation study programme, say, B.A. (Hons) in economics at Delhi University, he/she will have to complete this three years course within a stipulated time period of eight years. If due to some reasons, s/he has to discontinue after the completion of first or second year, s/he is left with nothing. And beyond the stipulated time for completion of degree, s/he cannot be allowed to rejoin.

This is very impractical approach in a country like India, where dropout rates are high in higher education since socio-economic conditions do not allow girls and marginalized section to continue education in one go. They need to take a break to due to unaffordability of fees, take care of their families, job, marriage etc. The NEP-2020 has a provision that if a student discontinues his/her under graduation after the completion of one or two years, s/he will be conferred with a certificate or diploma. Moreover, their credits will be transferred, and they can come back any time to complete their under graduation. This is a progressive move which will benefit a large marginalized section.

Fourth, there isn’t any uniformity in the time period of completion of a research degree in India.  For instance JNU offers an integrated programme of M.Phil./Ph.D. of six years, and a student was is not allowed to do a PhD directly without completion of M.Phil. In many universities students are not required to finish M.Phil. before joining Ph.D. Besides, the programme is of three years. Spending six years for research degrees was wastage of many years during most productive age, which subsequently had high cost on the individuals as well as society.

This issue has been addressed in the NEP-2020 which has abolished M.Phil. in all universities in the country. It will attract talent from the poor sections, who were earlier reluctant to join teaching or research as a career due to long gestation period.

Fifth, the NEP 2020 plans to merge the University Grants Commission and the All India Council for Technical Education (AICTE) to create a single regulator (HECI) for higher education. This could rescue educational institutions to face hassles from multiple regulators. HECI will mainly focus on academic and quality matters related to ensuring learning outcomes, mentoring of institutions, training of teachers and administrators, rather than being a mere regulator.

Apart from some good changes, there are some issues if not dealt carefully, it may impact Indian education system as well as internal security. One of the areas of biggest concern is allowing top 100 universities of the world to open campuses in India. The foreign rule on the country for an extremely long period has made Indians mentally slave, that is why they have the complex that everything made in India or by an Indian is inferior. They will always prefer foreign universities over Indian institutions irrespective of its value. Foreign universities will take advantage of this situation and will earn a lot of money.

Most of the research these top 100 universities focuses on India bashing or on Indian fault lines with a larger purpose to destabilize the country. They will be able to create narratives to suit their funders, which may further create internal security issues in the country.

Similarly, performance-based promotions will benefit only one section/ideology of academicians who has stronghold on most quality publications. It will not allow the other ideas to flourish which will reduce the purpose of establishing institutions of higher learning. Moreover, the merger of AICTE and UGC shall be carried out meticulously with cautions otherwise instead of facilitating it may create another bureaucratic hurdles to educational institutions.

In this way an evaluation of the NEP-20 in the light of challenges faced by Indian education system shows that it has attempted to address some of the problems, some remained unaddressed and some new issue may also crop up if cautions were not taken.

Good article and most important touches the current situation in country . This sad that we took so long to realise that our education System still running like of British times and producing batches of babus, to work as clerks and we never valued innovation or given a futuristic thought of longer or farther impact. In fact japan could came out of ruins to become most powerful economy in same period by focusing on education …. good article , keep it up….
Praveen Rana

My observations:- 1.How positive and balanced personalities you both are ! Excellent. 2. Addressing the problem of dropouts and medium of primary education , is the need of our country ,and it has been very well pointed out by you. 3. No one but you ,could understand and explain the utility of NEP-2020 ,in reference of higher education and research. 4. Very good article. N.L. Pawan , Addl . Supdt. of Police (redt.)