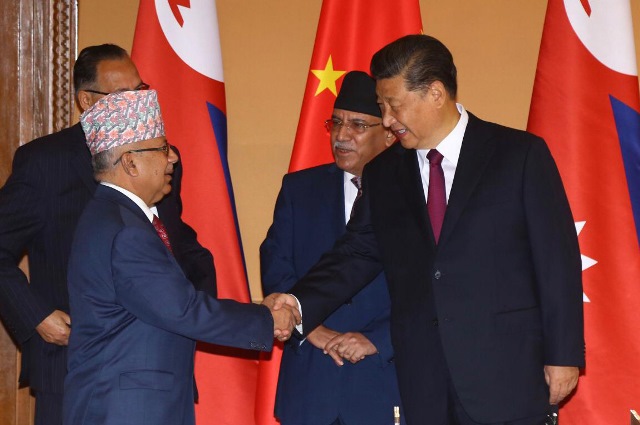 The Nepal Army has deployed a ‘section plus’ unit near Ghantibagar of Darchula district for the construction of 87 kilometres section of the road under the Mahakali corridor or the Darchula-Tinkar Road Project.

The Government of Nepal in 2008 had sanctioned various contractors to build on-road which would run parallel with the India border on Dharchula side, separated by the Mahakali River.An estimated 50 kilometres of the road construction runs in parallel with the Indian border side leading to Tinkar Pass in far west Nepal for trade with China. Currently, the locals of Darchula District have to get across India to reach the other high-lying sides of the mountainous district of Darchula in Nepal’s far west.

“Once the army will open the 450-meter road section in between the MauriBhir and Ghanti area, around 1,200 residents of 182 households there do not have to travel via the Indian route to come to their own village within Nepal’s territory,” the statement read further.

Last week, Nepal released an ‘updated’ political map including Kalapani, Lipulekh, and Limpiyadhura within its own territory. India marked the tri-junction point within its political map last released in November 2019. (ANI)