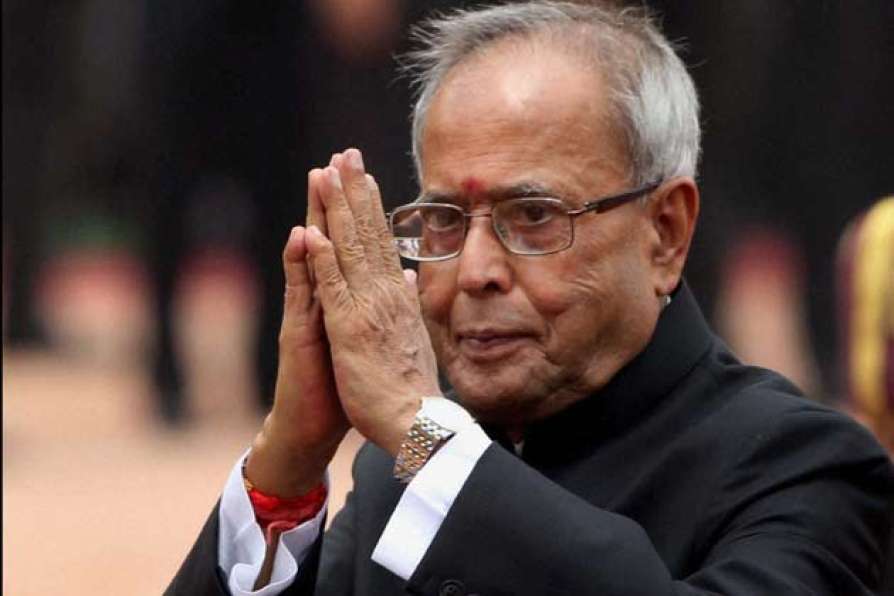 A leader of vast experience and knowledge who strived for consensus in the polity and left an imprint on India’s modern history, Pranab Mukherjee was India’s 13th President and was conferred its highest civilian honour.

The 84-year old veteran Congressman who played a crucial role in the functioning of the UPA governments till he was chosen the President in 2012, Pranab Mukherjee reflected decency in politics that had no place for rancour, acrimony and personalised attacks even as he remained firmly committed to the party’s ideology.

He oozed a natural warmth and his intellect, knowledge, power of persuasion, memory and skills made him a go-to man in the Congress, especially in the last about 15 years of his political life.

He was a Union Minister for over 20 years and had a rare distinction of having served as Union Minister for Finance, External Affairs, Defence and Commerce. Another rare distinction was that he served as leader of both Houses of Parliament – Leader of the House in Rajya Sabha (1980-85) and Leader of House in Lok Sabha (June 2004 to June 2012). He was also Deputy Chairman of Planning Commission (1991-96).

Having witnessed the country’s politics for close to five decades as a participant and an observer, Mukherjee had an encyclopedic knowledge of time and events.

He was elected five times to Rajya Sabha and twice to Lok Sabha and was a member of the Congress Working Committee (CWC), the highest policy-making body of the party for 23 years. He was also chief of West Bengal Congress for almost 11 years and chief whip of Congress in Rajya Sabha from 1996-2004.

He was firm in his views and addressed an RSS event in Nagpur in 2018, even as many in Congress disagreed with his decision and aired their differences.

It might be a coincidence but Congress fortunes nosedived since he resigned from the party in 2012 to contest the presidential election. The Congress has received its worst electoral drubbings in the last two Lok Sabha elections having won 44 and 52 seats. However, Mukherjee had a lot of faith in the party’s ability to reinvent itself saying it had faced several difficult challenges in its history of 135 years.

Mukherjee had a vast memory of events and people and could verbatim recite what a leader said at a particular point. This came handy in dealing with tricky situations. His indispensability to Congress can be gauged from the fact that he has headed 95 Group of Ministers to sort out ticklish issues.

Mukherjee reflected inner compassion and ability of calm, rational analysis of any complicated situation. He was a voracious reader and had a deep knowledge of international relations, financial affairs and parliamentary process.

He wrote three memoirs — The Dramatic Decade: The Indira Gandhi Years’, The Turbulent Years: 1980-1996 and The Coalition Years: 1996 – 2012 and the books are useful education for any student of the country’s politics.

Mukherjee had strong cross-party connections and could easily share a laugh with an opposition leader. He was conferred Bharat Ratna in 2019 during the rule of BJP-led NDA government. He and Prime Minister Narendra Modi shared a mutual respect.

While he formulated policies and strove for reforms in diverse areas as a union minister, Mukherjee consistently worked to improve the status of India’s higher education as President. In speech after speech, he urged universities to toil hard to come in the league of top global universities and also took steps to foster innovation.

Sometimes described as the best Prime Minister India never had, Mukherjee in an interview said that the Sonia Gandhi had taken the right decision by choosing Manmohan Singh as Prime Minister in 2004.

After Sonia Gandhi joined politics in 1997 and became Congress chief the next year, Mukherjee aided her in her work of managing the affairs of the party.

Pranab Mukherjee was first elected to Rajya Sabha in 1969 and began a nearly five-decade journey of exemplary public life. He rose to positions of growing responsibility under the mentorship of Indira Gandhi. Mukherjee was Deputy Minister (Industrial Development) 1973-74, (Shipping and Transport) 1974, Minister of State for Finance (1974-75) and MoS (Independent Charge) Revenue and Banking 1975-77.

After Indira Gandhi returned to power in 1980, Mukherjee was appointed Cabinet Minister for Commerce, Steel and Mines. He held the portfolio till 1982 when he was appointed Finance Minister.

Mukherjee had an apparent falling out with Rajiv Gandhi, who became Prime Minister in 1984 following her mother’s assassination, and left the Congress in 1986 and formed his own political party Rashtriya Samajwadi Congress. However, the two leaders reconciled by 1989 and Mukherjee merged his party with the Congress.

When Congress-led UPA came to power in 2004, Mukherjee was appointed defence minister and continued in the position till 2006 when he was made External Affairs Minister, a position he served till 2009.

Mukherjee served as Finance Minister in the second UPA government till 2012 when he was chosen the candidate of the ruling coalition for election to the office of President.

During 2004-2012, Mukherjee spearheaded critical decisions of the government on a range of issues such as administrative reforms, Right to Information, Right to Employment, food security, energy security, information technology and telecommunication and setting up of UIDAI through GoMs he headed.

In the seventies and eighties, he was instrumental in setting up the Regional Rural Banks (1975) and the EXIM Bank of India as well as National Bank for Agriculture and Rural Development (1981-82).

Mukherjee was also the author of a modified formula for resource sharing between the Centre and the States in 1991 which came to be known as the Gadgil – Mukherjee formula.

He was born in the small village of Mirati in Birbhum District of West Bengal to freedom fighters Kamada Kinkar Mukherjee and Rajlakshmi on December 11, 1935. His father, also a Congress leader, went to jail several times for his role in India’s struggle for independence.

After pursuing a Master’s degree in History and Political Science and a degree in Law from Kolkata University, Mukherjee took up teaching in a college and also became editor of a Bengali-language monthly.

He was given the Best Parliamentarian Award in 1997, and Best Administrator in India Award in 2011 and was conferred honorary doctorate by several universities including by Al-Quds University, Palestine and Hebrew University, Israel.

He was rated one of the best five Finance Ministers of the world in 1984 according to a survey conducted by “Euro Money” Journal published from New York and was declared ‘Finance Minister of the year’ for Asia in 2010 by “Emerging Markets”, the journal of record for the World Bank and the IMF.

He was married to Suvra Mukherjee who passed away in 2015.