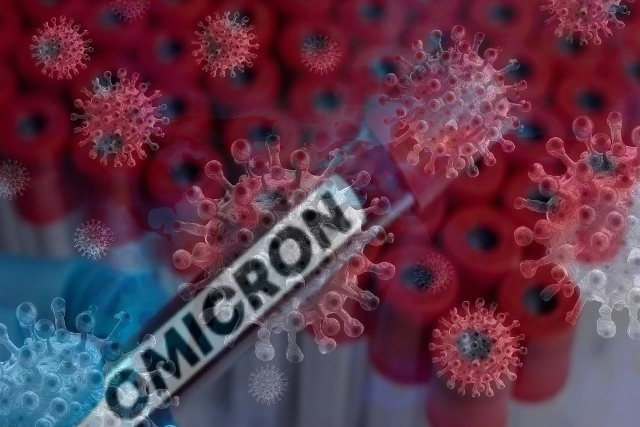 It would appear as if there is a central committee of viruses that meet, learn from their experience and adapt with new strategies. That is of course a metaphoric statement. Viruses are not meant to have brains nor a sense of social community, let alone a strategy team. But what has happened and has happened in the past with dangerous viruses, is not far from this myth.

The Omicron variant of the SARS-Cov-2 Virus is far less potent than its predecessors but more infectious, spreading like wildfire once it takes hold in a population. According to three studies quoted in the British Medical Journal, the infection rate is faster but hospitalisations rate is about 15-80% less than its first predecessor and even the Delta variant. It also lasts shorter, between two and seven days. Some people have almost no symptoms but found to have the Omicron virus on testing.

The studies were done in England, Wales and South Africa. The number of people needing intensive care and oxygenation is even lower. Deaths are far fewer than the first Covid wave.

However that is no reason to let the virus rip through society. India is beginning to see an exponential increase in Omicron cases. That is the pattern with this virus. It starts with a few cases, but then within weeks, there is a steep curve of number of people infected.

The three studies so far have different populations. The South African study is based against a background that over 70% of South Africans have contracted Covid-19 last year and then subsequently the Delta variant. They have developed a natural immunity as the number of vaccinated people are less than countries like UK or India.

Cheryl Cohen, the South African doctor from the National Institute for Communicable Diseases who did the study even declared that their study suggests a positive story with reduced severity.

The England and Wales studies were against a background of over 80% people having been vaccinated twice. The percentage of people with the third, booster vaccine dose, was lower when the study was conducted. The study shows that people with booster dose are least likely to have any serious illness from Omicron. Those with two doses are at slightly higher risk. But most people needing hospitalisation have been those who were not vaccinated. Britain has escalated its booster dose programme and has even declared that it will reach its target before the end of the year. Vaccinators were working during the holidays too.

The studies have implications for India. The number of triple jabbed people is not high. India’s hospital infrastructure needs a lot of investment and is no where near that of developed western countries.

As Omicron starts to spread, the number of people relative to number of hospital beds and doctors is again going to be highly unfavourable. Even if a mere 0.5% people become seriously ill in India, that is over a 5 million patients. Where is the infrastructure to deal with that?

Consequently, India needs to take precautions urgently. Many European countries who have only just finished second vaccination, have gone into full or partial lockdowns. Some countries require quarantine for visitors. These measures have not started in India. There is a general belief among people that the virus is less virulent and therefore will require less stringent measures. There have been demonstrations against Government lockdowns as a result.

The Coronavirus story is typical. A new strain of virus can be extremely virulent as it is with the original SARS-Cov-19. However after a few mutations, it either becomes extinct or finds a form that causes minimal reaction within the human body but also enables the virus to do what it wants. The virus simply needs a host, replicate and die.

It is the reaction by the human body that causes health problems with Coronavirus. Macrophages (cells of defence and clean up) react, cells die and the toxins produced overwhelm the body’s ability to get rid of them. Consequently the SARS-Cov-19 virus now has found a mutation that can slip by through most human defences, cause less disruption and cell death and therefore less toxin production.

Eventually it might end up being treated as another cold. That is beneficial to both the virus and human beings. It seems surrealistic to paint a picture of nature engaged as a silent mediator between a virulent virus and a determined anti-virus human race and finds a settlement that appears to be in sight. The virus becomes less dangerous and humans start tolerating it. However this is in fact mythology or fiction.

When a new strain of virus comes into human race, sometimes it can cause havoc. This was the case with Bird flu, the Spanish Flu (of 1918), Ebola and Zika virus and now the Coronavirus.

Some viruses in history are thought to have become extinct. While others have become so benign that they don’t pose any problem.

Benign viruses can also suddenly develop a mutation that becomes deadly. The Omicron Coronavirus may be less dangerous now but as its genetic code, the RNA in the case of Coronavirus, continues to develop faults, changes and mutations, a future mutation from the Omicron could be fatal.

It will be best if the Virus disappears altogether. However that is unlikely. Coronavirus has already had hundreds of mutations. Some have caught the headlines because they were virulent. Many have disappeared. Others may be lingering in benign form in animals or even humans without symptoms. Any of these could mutate into dangerous ones.

The spread of viruses depends on several factors but mainly transmissibility. Some, like HIV, can only be got through direct sexual contact or fluid exchange. Others like Covid seem to be airborne too and can jump easily from one person to another. Some viruses transmit when the host is fully infected while others jump when the host is still asymptomatic.

Consequently, it will be silly not to take Omicron Virus seriously. There have been quite few other small epidemics and pandemics in the last 20 years. It will be equally silly not to be vigilant for new variants. The vaccines give us hope. Equally Government need to put in place rapid reaction response strategies in case a dangerous mutation evolves. In the war between viruses and humans, indeed between viruses and all species, there are no winners. It is a perpetual war that will carry on as long as life exists on earth.