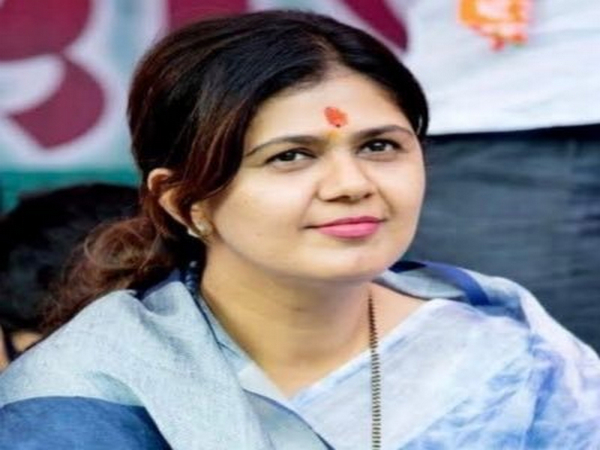 Our Rally Is Not Political: BJP’s Pankaja Munde On Dussehra Rallies

Maharashtra BJP leader and former minister Pankaja Munde on Wednesday said that she would like to hear both Shiv Sena factions in their respective Dussehra rallies and extend good wishes to them.

Talking to the media, Pankaja Munde said that her party’s rally is not political but for the common people of society.
Notably, the Dussehra rallies of Eknath Shinde-led Sena and Uddhav Thackeray-led Sena are to be held today at different venues in Maharashtra after a months-long tug of war over the rally. The Bombay High Court ruled in favor of the Thackeray-led Sena faction and allowed them to hold the Dussehra rally at the Shivaji Park on September 23.

The tussle between the Shinde-led faction and former Chief Minister Uddhav Thackeray-led faction was on for weeks and the decision came only after multiple brawls came to the fore.

“We talk about the subjects on which our supporters and unprivileged people expect from us. Our rally is not a political rally, but I would like to hear both factions. Let’s see on which issues they are going to talk,” Pankaja Munde said.

Pankaja Munde said that our rally is to be held in the crowded district, our rally is not for the political but for the common society.

There are three Dussehra rallies to be held in Maharashtra today, one in the Beed district and two in Mumbai.

Earlier on Monday, both the Shiv Sena factions released video trailers of the rally that would be conducted at two different venues in accordance with the court decision. Maharashtra Chief Minister Eknath Shinde’s led-faction was seen drawing parallels between both groups.

Releasing a video on a social media platform, the group called for people’s presence in numbers at Bombay Kurla Complex. It also mentioned that national issues would be discussed during the gathering and inspirational speeches would be given that would last as an oxygen supply for one whole year. The teaser also stressed party workers and appreciation of their efforts.

Comparing the other side, the video made a veiled attack and showed words that the other section will focus on including betrayal, manhood, etc.

The Uddhav Thackeray-led faction will also hold a Dussehra rally at Shivaji park, Dadar. Their teaser starts with the voice of Uddhav Thackeray quoting Chatrapati Shivaji Maharaj stating that one should never backstab but if one does then one should not be left alive.

Calling the event historic, the Shiv Sena leader stressed that he has nothing left for himself but only the power that people have given him. He further goes on to call the gathering a full-packed event of his “Thackeray family”, and says that every attendee has Bala Saheb Thackeray in their heart and the bond is unbreakable.

The video ends with excerpts of former CM Thackeray’s interview instructing the attendees on responsible and disciplined behavior during the celebrations at the rally. NCP leaders, on the other hand, aligned with the Uddhav Thackeray-led faction.

Earlier Shinde on Sunday said that they will not challenge the Bombay High Court’s decision in the Supreme Court for allowing the Thackeray-led Shiv Sena faction to hold the Dussehra rally at Shivaji Park in Mumbai.

“We respect the Bombay High Court’s decision and will not challenge it in the Supreme Court,” said Shinde. (ANI)