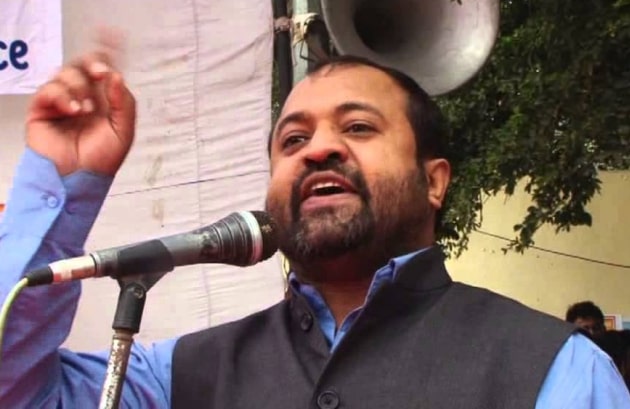 Our Govts Treat Yamuna, Other Rivers Like Water Pipelines

Dr Gopal Krishna, an environmental lawyer and activist associated with Toxics Watch Alliance, says using a defoamer to clean up a stretch of Yamuna is like treating a tumour with a Band-Aid

Pollution in the Yamuna is a recurring issue, especially in Delhi which contains just a 22 km stretch of around 1,400 km river flow. Every now and then it hits media headlines. The recent context is the defoaming of a particular stretch by the Delhi Jal Board. It was claimed that this chemical was sufficiently diluted so as not to harm the river and make it suitable for performing the Chhat pooja.

There was a question on theeffectiveness of defoamers as it contains silicon which is a pollutant and cannot be removed after any level of dilution. But they got success in removing foam and are now claiming that this stretch has become clean. We need to understand this issue chronologically in the context of the relationship between water quality and water quantity in a river.

Historically, the Yamuna has faced multiple interventions from its source Yamunotri to Wazirabad in the name of economic progress. The very first intervention in the Yamuna was by Feroze Shah Tughlaq in the 14th century when he made the Tajewala canal in Yamunanagar. Then Tajewala barrage was constructed there in 1830 and a dam was also constructed later. It’s been more than 600 years of human intervention in the Yamuna but we are yet to understand the correlation between river water quality and quantity. Whenever water flow depletes, the quality deteriorates.

The major flaw that distorts our understanding of the quality of water in our rivers is the interconnectedness of river basins. Forty percent of the Ganga and Yamuna river basin are common. So any talk on saving the Yamuna essentially needs to be dealt in the context of the Ganga basin. Some stretches are there where we find more water in Yamuna and less in Ganga. So, looking at the Yamuna in the context of the Ganga catchment area is very important because there is no demarcating line between both basins.

ALSO READ: ‘My Skin Itches After Ritual Dip In Ganga’

There is no point in talking about cleaning only a small stretch of Yamuna or Ganga. The river needs the availability of water and when that happens, it would cleanse itself. You are putting money as well as pollutants into it. But you expect it to be clean? This is the reason why nothing could be achieved in the last three decades despite spending ₹5,400 Crores on cleaning the Yamuna.

The National Mission for Clean Ganga recently made a recommendation for the Yamuna that applies to every river including Ganga: at least 23 cubic meter per second of water must flow into the river so that it remains a river as per definition. In Yamuna, this water is supposed to be released from the Hathini Kund barrage. Does the Haryana government follow this?

Our governments are used to looking at the rivers in a partisan manner. Yamuna is seen by governments as a pipeline. Delhi is concerned with their stretch of Yamuna, Uttarakhand with its own and so are Haryana and Rajasthan. They have divided Yamuna into territorial boundaries. A river cannot be dealt like a pipeline. This approach was first adopted by the Mekong valley in China which looks at rivers in completeness. In India, the solution lies in river basin approach adopted in Mekong river Valley which tries to look at a river in its completeness.

When Jairam Ramesh was the Union Minister of Environment, our IITs had prepared a Ganga River Basin Masterplan. This joint study addressed just 79 percent of the Ganga river basin and whatever they had accepted in the content with valid arguments was refuted in the conclusion due to business obligations.