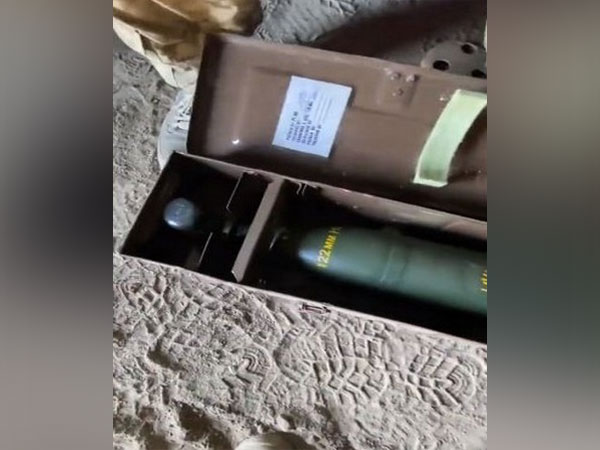 Pakistan is entangled in yet another controversy as Islamabad has been found supplying arms and ammunition to Kyiv in the ongoing Russia-Ukraine war.

As per reports, Pakistan is not impartial in the ongoing Russia-Ukraine conflict and has been involved in supplying arms and ammunition, made in Pakistan, for the end use of Ukraine. Islamabad is apparently utilising third-country-based defence suppliers and contractors to route these defence sales to Ukraine, reported Europe-based publication Geo-Politik.
Credible inputs suggest that Islamabad-based arms supplier M/s DMI Associates has been in contact with Bulgaria-based firm M/s Defence Industry Group to facilitate the supply of manufactured defence stores to the Ukrainian government.

M/s Kestral may be using the conflict to spread its activities in countries adjacent to Ukraine, namely Poland, Romania and Slovakia, as the CEO of Kestral, Liaqat Ali Beg, visited these countries in May and June this year.

In another such development, Kyiv-based Ukrainian company M/s FORMAG was learnt to have approached Pakistan-based M/s Bluelines Cargo Pvt Ltd to ship gloves meant for use by the Ukrainian army.

A recent report published in Riafan, an online Russian web portal, states that Pakistan’s Noor Khan Airbase in Rawalpindi has become a key base for the UK for the transportation of military equipment for the Ukrainian Army.

The evidence of Ukraine using Pakistan-made ammunition comes from no other than ‘Ukraine Weapon Tracker’, a website which tracks the usage/capture of weapons and ammunitions in Ukraine. The website mentions that Armed Forces of Ukraine (AFU) artillery uses 122 mm high-explosive fragmentation artillery shells made in Pakistan Ordnance Factory, Punjab, reported Geo-Politik.

After making a self-goal in February 2022, when then Pakistan’s PM Imran Khan visited Russia during the onset of the Ukrainian war, this is another incident which puts the country’s image at stake.

Islamabad is now out to make money off the Russia-Ukraine war by supplying much-needed ammunition to Ukraine. The Ukrainian military is reportedly using Pakistan-made artillery against Russian troops.

As per reports, 122 mm HR artillery is being used against Russian troops in the ongoing Russia-Ukraine war. These ties run deep, reported Geo-Politik.

Earlier this year Ukraine also discussed with Pakistan new orders for the supply of 6TD1 and 6TD2 engines. In 2021 alone, Pakistan signed a USD 85.6 million contract to repair its T-80UD fleet in Ukraine, reported Geo-Politik.

Ukraine’s relations with Pakistan are largely about weapons. Over the past few decades, Islamabad has been among the most loyal clients of Ukraine’s arms industry. Last year, Pakistan Army Chief visited Ukraine eyeing to shop “sophisticated” arms.

Pakistan has been keen to enhance defence cooperation with Ukraine on the basis of the transfer of technology and joint ventures in the future, as both sides can benefit from each other’s experience. Army Chief General Qamar Javed Bajwa stated this during his visit to a military test site in the Kharkiv region of Ukraine last year.

He had also witnessed field tests of various weapons and equipment and took a keen interest in the tests and appreciated the performance of all ranks associated with the projects, reported Geo-Politik.

The Pakistan Army Chief said that defence cooperation between both countries has traditionally been an important component of Pak-Ukraine bilateral relations. (ANI)