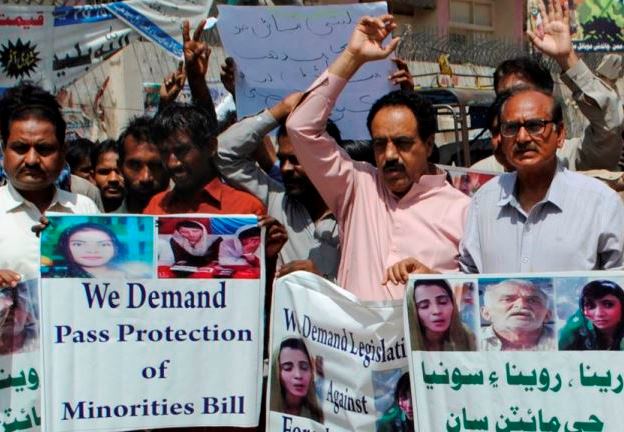 December is a humiliating month for Pakistan. The wounds of 16 December 1971, when 93,000 of its soldiers surrendered to India in Dhaka and it lost half the country are still fresh. To vent its frustration and disgrace, Pakistan has seized upon the Citizenship Amendment Act (CAA) to hit back at India. Four strands are noticeable in its reactions.

First, Pakistan’s attempt is to misrepresent the CAA as anti-Muslim since it fast-tracks citizenship for all non-Muslim immigrants from neighbouring countries but does not extend this provision to Muslims. It has been projecting that such discrimination against Muslim would marginalize them and India would no longer be a secular and democratic state.

The second strand is the flagrant interference in the internal affairs of India. For example, a Resolution adopted by Pakistan’s National Assembly on 16 December called upon India to revoke the discriminatory clauses in the CAA and immediately halt the brutal use of force against the religious minorities, in particular, Indian Muslim students. It also demanded the release of peaceful protesters detained during the crackdown against minorities.

The third strand is the insidious attempt to incite the Muslims of India. The narrative being pedalled by Pakistan is that the CAA is a weapon — disguised in legal language — to permanently disenfranchise India’s Muslims; that Indian Muslims are under assault; they know that it is a do or die situation for them; they are well aware that silence over the matter of citizenship is nothing short of enabling the government to ghettoise them and this would lead to dangerous sectarian tensions within India.

The final strand is the focus on the character of the BJP government. Imran Niazi called the CAA part of the RSS Hindu Rashtra design of expansionism propagated by the fascist Modi government. Foreign Minister Shah Mahmood Qureshi tweeted, ‘The Modi government continues to curb and undermine the rights of minorities in accordance with Hindutva supremacist ideology. The illegal annexation of Kashmir, Babri Masjid, Citizenship Amendment Bill which excludes Muslims are all targeted towards the subjugation of minorities.’ The Pak Foreign Office in a statement termed the CAA as ‘…driven by a toxic mix of an extremist ‘Hindutva’ ideology and hegemonic ambitions in the region.’

Pakistan has tried to make a comparison with Nazi Germany’s discrimination of the Jews. The linked argument is that the then major powers appeased Hitler instead of acting against him that ultimately led to WWII. The implication is that appeasement of India now would be a precursor to the disaster that could engulf the region and the world.

Then, of course, DG Inter-Services Public Relations (ISPR) Major General Asif Ghafoor couldn’t hide his glee at the protests in India when he tweeted ‘Today all minorities of India should have again realised that vision of our great leader Muhammad Ali Jinnah about Hindutva was absolutely right. They would now regret more convincingly to be part of India.” Perhaps Ghafoor would be better off worrying about the extension of his army chief and the death penalty of a former chief.

What Pakistan’s leaders and the media have deliberately obfuscated is that the CAA does not take away the citizenship of any Indian irrespective of her or his faith. Indian leadership has repeatedly stated this. All that it does is to accelerate the process of giving citizenship to those religious minorities from selected countries who are persecuted. Moreover, anyone regardless of faith can continue to seek Indian citizenship through the regular procedure as before. By interfering in India’s internal affairs Pakistan has opened itself to its horrendous human rights record in Balochistan and its treatment of the Pashtuns being raised by India.

In reality, Pakistan is hardly in the position to talk about minorities since the systematic persecution of its Hindus, Christians, Ahmadis and Shias has been widely documented. Ahmadi mosques, Christian churches and Hindu temples have been repeatedly attacked, the members of their communities have been killed, their women raped and forcibly converted to Islam. According to the Human Rights Commission of Pakistan, over 1000 girls belonging to religious minorities are forcibly converted to Islam every year. Hindu traders, merchants and moneylenders have been frequently kidnapped for ransom while the authorities have done nothing. In addition, the blasphemy law has been used mostly against Hindus and Christians. According to Minority Rights Index, Pakistan ranks as the ninth worst country in the world.

In Pakistan, minorities are not merely discriminated against by a radicalised population but also by the state in the form of several discriminatory laws that have been a part of the Constitution for several decades now. Thus, Pakistan had declared Ahmadis as non-Muslim in 1974, while under Zia, Ahmadis were prohibited to call themselves Muslims and were not allowed to even recite Islamic text as prayers. The targeted killing of Shias in Pakistan has been termed as genocide and not merely sectarian conflict. Recently, an assistant commissioner was forced to ‘clarify’ her stance after she said there should be no discrimination against Ahmadis. Efforts have been made to discredit army chief Gen Bajwa by alleging that he was an Ahmadi and a case was also filed that he was not fit to be the army chief on this account.

Pakistan thus has no credibility to shed crocodile tears on the alleged treatment of minorities in India who have constitutional and institutional protection. Nevertheless, Pakistan’s sinister designs to stoke protests in India through falsehoods need to be noted and guarded against.

What Pakistan really needs to do is to look at the functioning of its own moribund parliament; the fragility of its own democracy; the polarization of its political parties and polity; the tragedy of its vacuous leadership that is only adept at frequent ‘U-turns’ and above all at the institutionalised discrimination of its minorities, religious and ethnic. India is perfectly capable of taking care of all its people.