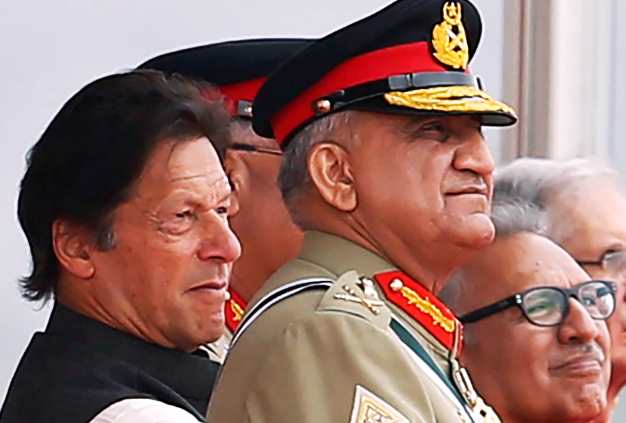 July 25, 2021, will be remembered as the day when elections held for the so-called legislative assembly of Pakistani-occupied Kashmir (PoK) were marred with rigging, violence and murder under the watchful eye of the Pakistani military establishment itself.

Ruling Pakistan Muslim League-Nawaz (PML-N) has only been able to bag six seats. This clearly demonstrates that for the first time in the history of PoK, the Pakistani military establishment will not only be able to form a government but also have a pro-Bajwa opposition. Hence, Pakistan’s Army Chief will be able to play one against the other whenever he finds it beneficial to his political ambitions in the region.

The aforementioned elections have also proved to be a money-grabbing event. Prior to July 25, sector commander of PoK and Gilgit-Baltistan Brigadier Naeem Malik was caught red-handed accepting bribes from PTI candidates. It was reported that Malik has offered PTI candidate billionaire Ilyas Tanvir the position of the prime minister of the occupied territory for a cash lump sum of one billion rupees of which one million was taken as token money.

Brigadier Naeem has likewise been accused of selling tickets to PTI candidates and promised them a victory. He has been accused of manipulating the appointment of Judges of both the High and Supreme courts and issuing favour to selected construction companies in PoK.

The Minister for Kashmir Affairs and Gilgit-Baltistan, Ali Ameen Gandapur was barred by the Election Commission from entering PoK after he gave five lakh rupees to a PTI candidate. The money was confiscated.

But Gandapur refused to abide by the orders of EC and continued to visit several constituencies in PoK. On one occasion when confronted by the youth he got out of his motor, pulled out his pistol and began firing!

Besides the above-mentioned tactics by means of which the outcome of the current elections has been controlled, there are other factors involved as well such.

The role of Lent officers, head of the revenue department, the patwari, and the tehsildar. Their role is to ensure that people living in their area vote for the candidate who is favored by the Pakistan military. During the last week of the election campaign, they start to pay visits to families of those who they consider are still in doubt about who to cast their vote for.

All sorts of pressures are applied to motivate them to fall in line for a meager monetary favour. And they do fall in line since they know that the price they will be paying in form of extortion and requisition of their lands by the patwari on behalf of the Pakistan army will be too much to bear.

The most important document for a government servant, serving in PoK, is his or her Annual Confidential Report commonly referred to as ACR that is prepared by senior bureaucrats. It is this ACR on which all government servants depend for promotions and any disobedience of one’s superiors means that one is side-lined for the rest of one’s life.

Here is when they become the most effective tool that is applied to bully hundreds of thousands of government servants to cast their votes in accordance with the dictates of their supervisors.

PoK is run by a troika composed of the Minister of Kashmir Affairs and Gilgit-Baltistan, Chief Secretary and the Inspector General of police. All three are non-resident Pakistanis appointed by the Prime Minister of Pakistan. Hence they are referred to as Lent officers. The accomplishment of the election result desired by the military establishment is fulfilled by them.

It is therefore not surprising that despite the crowd-puller public meetings held all over POK by Maryam Nawaz, PTI has managed to secure a ‘convincing’ victory pushing the ruling PML-N to third place.

Forty thousand extra troops were deployed at polling stations on July 25 to maintain peace. However, it was the very military that stood by as silent spectators as PTI goons carried on with violence and occupied the polling station where they uninterruptedly marked PTI candidates.

The hypocrisy of PPP and PML-N is now evident. Although both parties have accused PTI of applying a combination of violence, bullying and rigging yet, according to reliable inner circles who spoke to this scribe, they refuse to launch a wider protest campaign for fear of India using it as a pretext to exposing the plight of the subjugated people of PoK to those living in the valley.

(Dr Amjad Ayub Mirza is an author and a human rights activist from Mirpur in PoK. He currently lives in exile in the UK. – ANI)