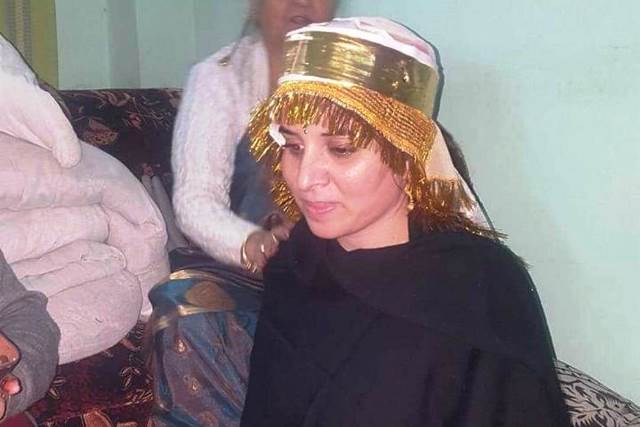 ‘Pandits Can Return Only After Kashmiris Agree To Accept Them’

Surbhi Sapru, 31, who belongs to a displaced Kashmiri Pandit family, says her return to the state is not possible unless the ruptured social fabric is restored in Kashmir

My family used to live in the Habba Kadal area of Srinagar, an area that saw mass exodus of Pandits in the 1990s. However, my grandfather had decided much earlier to leave the place, because socially active people like him had been getting targeted, threatened, much before ordinary people and in 1982 he (an educationist) decided it wasn’t safe for my family to remain there.

My brother and I weren’t born yet, so it is our parents and family who had to leave a piece of their heart and hearth behind in Kashmir. My family shifted base to Jammu, still hopeful that things might get better in Kashmir, but that was not to be; things only got worse from there.

I was born in 1990, at the cusp of change, when Kashmir’s history, geography, everything was being re-written. Even the Dogra community was against us. So when my father got a chance to settle in Jaipur, he jumped at it. Jaipur became home for us the next 14 years.

Abrogation of Article 370 did bring hope, but it is only a flicker and it is a long road before Kashmiri Pandits can think of going back ‘home’. The Jammu & Kashmir issue might be seen as a political issue but deep down it is a breakdown of the social fabric. People from different religions have coexisted in different parts of India, but in Kashmir that gets caught in religious turmoil.

If the ordinary citizen understands each other, then the issue can be resolved, otherwise nothing will change, the problem will linger on. Thus both the Kashmiri Pandits as well as Muslims will have to reassure each other: Hum ek doosre ko jante hain padosi ke taur par, hum kisi teesre ki baton me nahi aayenge (We will resolve matter between us as neighbours; won’t allow a third party to mediate). While many leaders have advocated a special, safe zone for Pandits, labelled Panun Kashmir, I say why can’t Pandits stay wherever they want in Jammu & Kashmir?

We have been displaced once. If the government is talking about rehabilitation, then Pandits need to feel safe; that they can trust everyone around us in Kashmir. Let me share an incident. I had gone to our Kul Devi (family deity) temple (Kheer Bhawani) in 2016 along with my mother on a Friday. Right after the juma namaz got over, our car started getting chased by many people. Every few minutes, we would be stopped by someone or the other. Our driver, a local Sikh from Kashmir, kept on requesting people to let us go. Apparently there was some strike and they were angry that Sardarji was still driving us in his taxi and that we were Hindus.

ALSO READ: ‘Situation On Ground Is Improving In J-K’

Those angry faces, the fear that I felt that day cannot be explained in words. We also gave lift to two Ladakhi policemen midway, who were in the same predicament as us. They weren’t liked there. I was utterly surprised to see that even a 10 year old was threatening us. But how many people can you reason with? At one point a group of people pushed open the taxi door, to pull us out, and only after a lot of pleading from the Sardarji, we were let off.  Till the time this hatred among Jammu-Kashmiri citizens is there, the return of Pandits is not possible. Who knows one might be made to leave again.

I remember the teary eyes of my grandfather, on every Maha Shivaratri which they used to celebrate with great pomp in Kashmir. He told us a story that when he was posted in Gurez, a Peer Baba (holy man) had asked him to take the responsibility of educating a Muslim child. My grandfather followed his instruction and treated the boy like a son in the family. However, the family had to leave him behind. He still sometimes comes to meet us, now that we have shifted to Delhi, and my parents reminisce about the olden times.

Dadaji is no more. But his love for Kashmir flows in our veins too. But unless there is reassurance for peace on the ground, not by the political leadership, our return to homeland is not possible. I bear no hatred for any community in my heart, but also expect that we are not hated for our beliefs as well.

Pathetic situation for Hounded out Kashmiri Hindus. Mutual coexistence is impossible in Kashmir now as KMs rejected it way back 1985 onwards itself when hundreds of temples some ancient ones were desecrated and burnt first in South Kashmir. Then final nail was dug by them in 1990 onwards that wiped out almost Whole of the Kashmiri Hindu Community from nook and corner of their ancestral land of Kashmir.
Secondly, I don’t agree with Surbhi on the coucy that Jammu Dogras were against Kashmiri Hindu refugees. Actually it was Proud and Patriotic Dogras who gave space to lakhs of Fleeing Kashmiri Hindus in Jammu in 1990 itself. But there happened certain minor incidents by some unscrupulous elements in Jammu to haras the refugee community but that cannot be generalised as that was simply an Aberration.
Finally, the only solution is left with is of Creation of Separate Homeland in Kashmir for Restoration not Permanent address of Displaced Kashmiri Hindus and nothing less or more.

Real and natural assessment of situation I remember sometimes back I visited srinagar in one of my friends place a child came and started looking at me and asked in kashmiri are you BATTA (KASHMIRI PANDIT) in kashmiri she has not seen kashmiri pandit and was looking at me as if I was alien.
I think this explains everything