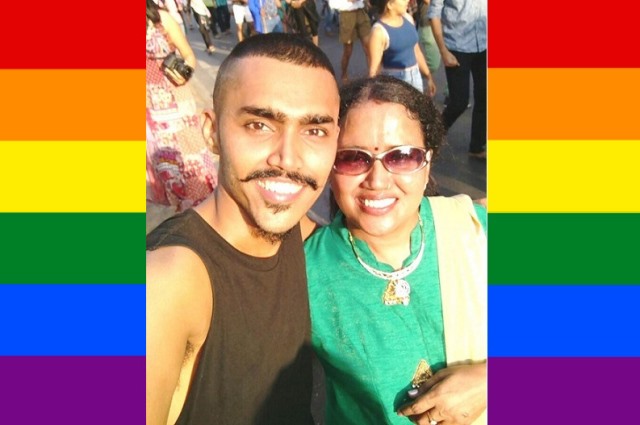 I am an out and proud mother of a gay child. I am not a victim that I have to ask for sympathy from someone. When my son came out, in the beginning for almost two to three years I was asked by people how the acceptance came to me. I asked them back what they meant by “acceptance”. He is my child. His sexual orientation doesn’t make me any less proud of him. The children are not born with these tags, it is us as a society that put those tags on them.

When my son came out in 2007, he was scared. He told me about Section 377 which criminalized homosexuality in India before it was amended in 2018 and that being gay was criminal. I wondered how my son who loved another boy could be a criminal. The only thing I knew was he was my child, and I loved him. So when he told me he was gay, I remained calm. I took him out for dinner and told him I loved him no matter what and my love for him is unconditional.

He was 17 years old then. Once he got my support, nothing else mattered to him. I feel, once the children get their parents’ support, they can conquer the world. On the other hand, the parents’ rejection can turn their lives into hell.

When the child is in a mother’s womb, the parents love the unborn unconditionally, without having a second thought about the child’s gender. So, the parents should realise that when the child comes out to them they don’t change, they are the same person they were yesterday. It is your perception for your child that changes. How can you as a parent end up discriminating against them on the basis of their gender or sexual orientation when they come out?

Parents need to understand when a child comes out to you, the child does not intend to hurt you. The child has also struggled with his or her identity and suffered internal turmoil. People from the LGBT community have a hard time accepting themselves and the society anyways is not kind towards the community. As parents we should understand their internal struggle, support them and feel proud that they trusted us enough to tell us instead of making them feel any worse.

When my son came out, I, along with four other parents who were out and proud and helping their and other children come out to their parents formed a WhatsApp group to help ease the struggle children face with acceptance of sexuality and parents accepting their children the way they are.

We realized there were many LGBTQ+ support groups but not for the parents of LGBTQ+. Hence came in February 2017, Sweekar – The Rainbow Parents. The group was formally launched with the help of some ten parents of Indian LGBTQ children and the support of Sridhar Rangayan and Saagar Gupta who had then made a film called Evening Shadows which revolves around the story of a young gay man who comes out to his mother.

Every parent of an LGBTQ+ child has a different story to share. The vision of the group was to help parents with their own journeys of coming out and to help them accept their children, guide each other, educate ourselves with the latest news and laws on LGBTQ+ community and seek to dispel the myths and misinformation that surround sexual orientation and gender identity.  When we started we wanted to be a pan-India group, however, gradually, parents of Indian origin residing in other nations like Oman, Australia, London etc started joining the group to challenge the discriminating notions around LGBTQ+ community and fight for their rights.

Sweekar has a Facebook page and an Instagram handle by the same name. Today we have 117 parents in that WhatsApp group and are happy about it for the fact that it has a multifold effect in increasing the awareness about LGBTQ+ community. One parent can help sensitise 20 more people in his/her extended family and friends. Since 2007 we have been able to sensitise over 200 parents of children from LGBTQ+ community.

My message to parents of LGBTQ+ children is to accept your children as they are. And if you think that your child should choose a heterosexual lifestyle, have a change of scene by asking yourself if you were asked to choose a homosexual life, will you do that. Like a heterosexual cannot be forced to become a homosexual, the vice versa is also true. No one voluntarily chooses a life laden with fear, discrimination and isolation by classmates, friends, colleagues, and family.

So when your child comes out to you don’t be judgmental, or accusatory. Reassure them by saying “I love you, and I am proud of you for telling me.”  Have an open dialogue with your child where you can both share each other’s concerns. All you have to do is unlearn some things and learn new things about your child and just be there for them. 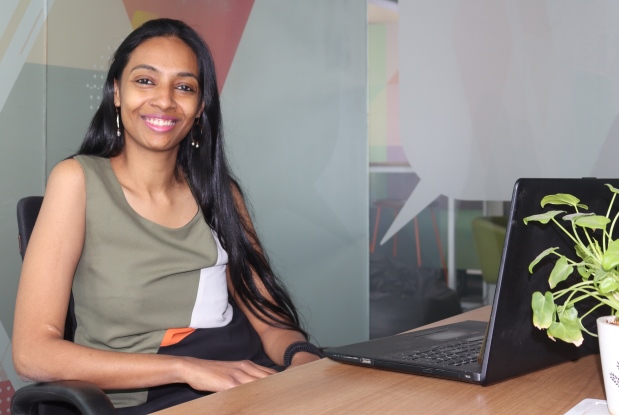