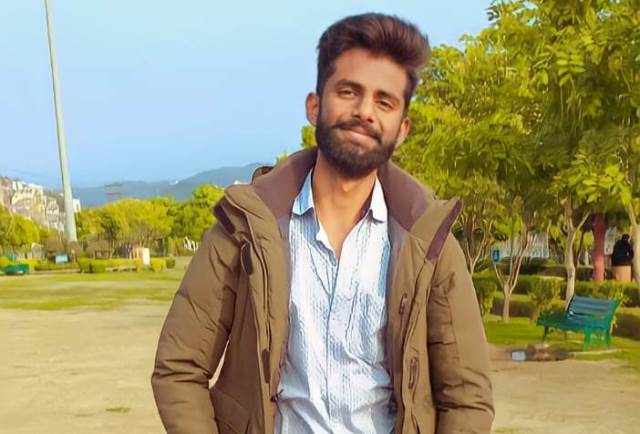 ‘PM Interested Only In Optics; Kashmiris Want Statehood Back’

Joy Abhishek Nowab, 18, a polytechnic student, fears that any untoward incident in J&K may cause their Internet services to be suspended and affect his online education

With the never-ending lockdowns, finally the rest of the country has begun to perhaps understand the incessant curfews, the shadow of fear and uncertainty that residents of Jammu & Kashmir have lived under for years. However, while the rest of the country’s students can attend online classes, we the students of Kashmir don’t know when the internet might be snapped off.

I am currently pursuing my Diploma at Polytechnic and post 2019 (after abrogation of Article 370) nearly one and half years have been wasted. Then came the pandemic. I feel the current government at the Centre is more interested in maintaining an image than doing actual ground work. The recent all-party meet also was an image-building exercise according to me.

The all party meet was held at the PM’s residence in New Delhi. Why wasn’t such an important meeting held in Kashmir? The PM could have flown to the state and that would have given confidence to the people that local leaders/representatives are respected. Narazgi to hai hi Kashmir ke leaders me ke kaise unhe jail me dala gaya ya nazarband kiya gaya. (There is resentment among Kashmiri leaders for being put under house arrest or jail). But perhaps the PM wanted to show that the power on Kashmir is in his hands.

They have talked about turning Jammu and Srinagar into smart cities, but the ground reality is that very little work is being done. We Kashmiris want development but we also want to be included in the decision-making processes. I hope the government gives us back our statehood soon and holds free and fair elections only after that.

We have grown up in the shadow of guns and security forces and as kids. In fact children in Kashmir grow up sooner than the rest of the country. We keep an eye on all political news, all local and national developments because our lives depend on it. For youngsters in the rest of the country, news does not hold that importance. Just a few days ago there was a blast at the IAF base in Jammu and we wondered if our internet connections would be snapped off again and our education would suffer. Thankfully that didn’t happen.

Sometimes I wonder how our future is going to turn out, but then each day I pull out my faith from greater depths and march on towards my dreams. I have a small set up called Nowab Electronics & Electricals and I would love to make it big, but the continuous internet suspensions make it difficult. But as I said earlier I keep my faith.

Ours is a Christian family living in Kashmir and there is a sizeable population of Christians here. My father is a priest as well as a Principal and we talk about faith often; many a times that is the only thing we have to hold on to as we have no idea what will happen in the state. But right now I am really looking forward to the restoration of statehood and dialogues between state and central government leaders. My parents kept my name as Joy Abhishek Nawab to signify that we believe in love and secularism (Joy for Christianity, Abhishek for Hinduism and Nowab for Islam).