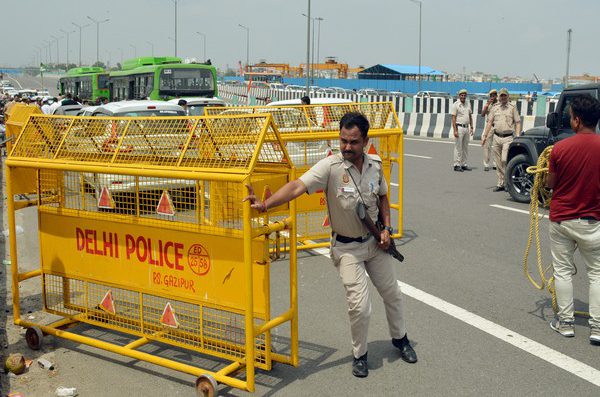 Police Advisory On Traffic, Alertness To Citizens On Republic Day

Ahead of Republic Day 2023, Delhi Traffic Police on Tuesday issued a traffic advisory in order to facilitate the smooth passage of the parade, and advised people to notify nearest police officials on finding any suspicious thing or people.

“Republic Day will be celebrated on 26th January 2023. The parade will start at 10.30 am from Vijay Chowk and proceed to Red Fort ground. There will be a related function at India gate at 9.30 am. There would be elaborate traffic arrangements and restrictions in place for smooth conduct of the Parade along the route,” Delhi Traffic Police stated.

Delhi Traffic Police also gave a list of suggested routes for the public to avoid traffic.

Delhi Traffic Police further advised the public to convey the nearest police official in case any suspicious person or object is seen.

Flying of sub-conventional aerial platforms will be prohibited in the jurisdiction of the NCT of Delhi. The general public and motorists are advised to follow traffic rules and road discipline.

“People are requested to plan their journey in advance and keep sufficient time in hand to avoid inconvenience,” the advisory stated. (ANI)