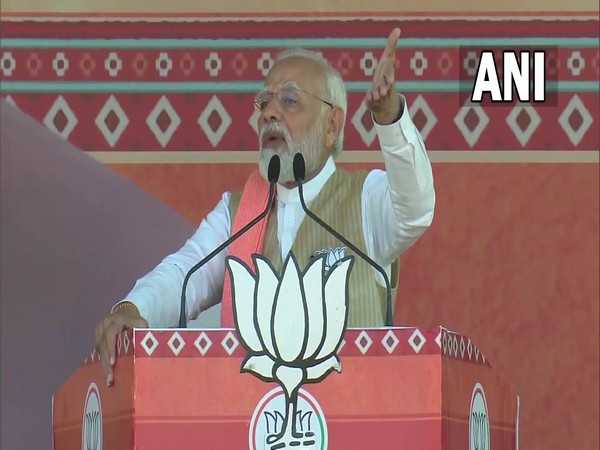 Polls To Decide Gujarat’s Fate For Next 25 Years: Modi

Prime Minister Narendra Modi on Sunday said the Assembly elections in Gujarat will determine where the state will be in the next 25 years.

Addressing a public rally in the Botad district of Gujarat on Sunday, the PM said it was for voters to shape the destiny of the state in the coming years.
Exhorting people to vote the BJP back to power in the western state, the PM, during his 30-minute-long speech in his native tongue, Gujarati, said, “This election is not only for the next five years, it will determine what Gujarat looks like in the next 25 years.”

The PM’s visit to the Botad district was part of a jam-packed campaign schedule on Sunday.

However, he did visit the Somnath temple earlier on Sunday and offered prayers.

Later, at a separate public rally at Dhorarji, the Prime Minister took a swipe at Congress leader Rahul Gandhi over his image with social activist Medha Patkar on the sidelines of the Maharashtra leg of the ongoing ‘Bharat Jodo Yatra’.

Without naming Rahul, the PM said, “You would have seen a picture published in the newspaper of a Congress leader standing with those who oppose the Narmada Project. You should ask them with what face are they coming to seek votes from you. They did everything to stall the Narmada project for decades together and ensured that no money, including from the World Bank, came to Gujarat. They maligned the image of Gujarat.”

He said the matter eventually went to court and the woman, who spearheaded the movement against the Narmada project, was pictured along with the Congress leader.

“This shows that you (Rahul) are only working to destroy Gujarat,” PM Modi said at Dhoraji.

The Assembly polls in Gujarat will be conducted in two phases, on December 1 and 5. The counting of votes will take place, along with those of Himachal Pradesh, on December 8.

The state has been a BJP stronghold for a long and the party has set its sights on returning to power with a handsome majority this time as well.

However, it faces a stiff electoral challenge from the Arvind Kejriwal-led Aam Aadmi Party (AAP), which has named Isudan Gadhvi as its chief ministerial candidate.