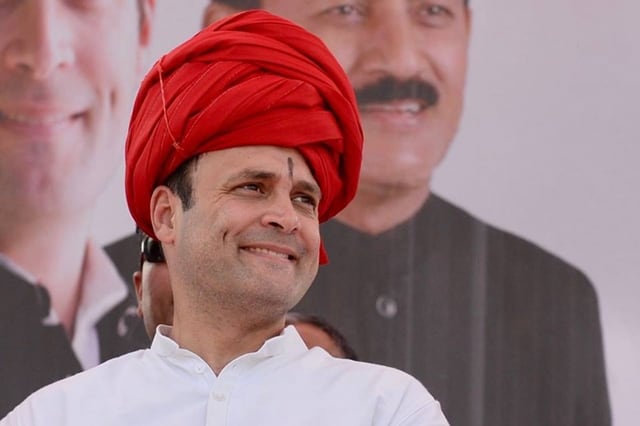 Last week when Rahul Gandhi took centre stage at a huge rally in Delhi, organised by the Congress to highlight the Narendra Modi government’s mismanagement of the country’s economy, it was seen as a clear message that he would soon be back as party chief.

In fact, grounds were being prepared for the Nehru-Gandhi scion’s return in the days ahead of this meeting. Several leaders went on record to say that Rahul Gandhi must helm the party again as he is the only leader who can mount a serious challenge to Prime Minister Narendra Modi. Making a vociferous pitch for his return, Chhattisgarh Chief Minister Bhupesh Baghel declared, “If there is any leader in the Congress, it is Rahul Gandhi. No one else but Rahul Gandhi…. He is honest and takes responsibility. He took responsibility for the party’s defeat in the Lok Sabha elections and resigned.”

Rajasthan Chief Minister Ashok Gehlot and Congress general secretary KC Venugopal also spoke in the same vein shortly thereafter. Pointing out that there was a growing demand from party workers that Rahul Gandhi should once again take charge of the party, the two leaders maintained that the Congress needs his leadership now, especially when the country is going through such a critical phase.

Rahul Gandhi had stepped down as Congress president after the party’s disastrous performance in the May 2019 Lok Sabha election. After three months of uncertainty and internal debate, Sonia Gandhi was eventually persuaded to helm the party once again. It was, however, clarified then that she would be an interim president. Sonia Gandhi’s poor health, it was said, does not allow her to continue as party chief for too long.

Since it is an acknowledged fact that Sonia Gandhi’s tenure is only a holding operation, an orchestrated campaign is being mounted within the Congress to press for Rahul Gandhi’s return. This drive is said to have Sonia Gandhi’s blessings as she is keen that her son should take charge of the party before he is rendered politically irrelevant, which is bound to happen if Rahul Gandhi is not seen or heard for a prolonged period.

In such a situation, even sycophant Congress workers will move on and find themselves another Godfather. Sonia Gandhi obviously wants to forestall any such possibility. She must have been alerted to this after the results of the Haryana and Maharashtra assembly polls pointed to the dispensability of the Gandhis. Sonia Gandhi did not campaign in these elections while Rahul Gandhi addressed barely a couple of meetings. And yet, the poll outcome in Haryana proved to be well beyond everyone’s expectations, proving that the Congress has the potential to bounce back in the states if the party has a band of strong, credible and effective regional satraps. The story in Maharashtra may have been different if the Congress had effective leaders in the state.

However, Sonia Gandhi’s “son-preference” could well prove costly for the Congress. Thanks to the Bharatiya Janata Party’s persistent campaign against the Gandhi “dynasty” has now become a dirty word. Similarly, the saffron party’s ongoing efforts to lampoon Rahul Gandhi have also succeeded as the fifth-generation dynast of the Nehru-Gandhi family is constantly ridiculed by the people who are not just not willing to accept him as a future leader. Rahul Gandhi’s return will, once again, activate the BJP’s campaign against him and dynastic politics. This also helps the BJP deflect attention from the Modi government’s weak points like the state of the economy.

Rahul Gandhi’s return will also resurrect the controversy over dynastic politics. The public, at large, has developed an aversion to the Congress precisely for this reason. Though other political parties, including the BJP, have their fair share of dynasts, the Congress is singled out for attack because the grand old party has, over the years, been reduced to a “family firm”, like the country’s regional parties where the leadership positions are reserved only for family members. A younger India, which has shed the old “Raja-Praja” concept, wants leaders with whom they can connect. And more importantly, the people are now judging leaders on the basis of their performance – they are no longer enamored by powerful political dynasties. They want to see results and want leaders who can deliver and meet their aspirations.

While the people are ready to give the Congress a chance provided it sheds its dependence on the Gandhis, the party is unable and unwilling to do so. On the other hand, Congress workers justify their need to continue with the Nehru-Gandhi family at the helm on the ground that it wins them elections and keeps the party united.

However, Rahul Gandhi, and, to some extent even Sonia Gandhi, has failed on both counts. Rahul Gandhi has been unable to deliver an electoral victory for the Congress. Sonia Gandhi has the distinction of winning two consecutive Lok Sabha elections but it is also a fact that it was under her leadership that the Congress slumped from 206 to 44 seats.

It is also a fallacy that the Gandhi family ensures a degree of unity in the Congress. After all, the party has witnessed a steady erosion in its ranks and this includes Mamata Banerjee, Jagan Reddy and Sharad Pawar who have established themselves as leaders in their own right outside the Congress.

If the Congress still persists with its “Rahul Laao, Desh Bachaao” campaign, it will be doing so at its own peril. Forget the country, the Congress leaders will have to strive hard to first save the party.