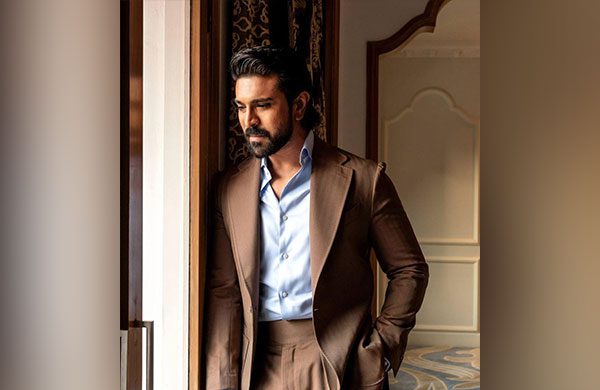 Actor Ram Charan who is still basking in the success of his blockbuster movie ‘RRR’, is all set to star in another Pan-Indian film.

Taking to his Instagram, Ram treated fans with exciting news.
Sharing the poster with details of his upcoming movie. He wrote, “Excited about this !! Looking forward to working with @buchibabusana_official & the entire team.”

Ram Charan joined hands with director Buchi Babu Sana, who made his directorial debut with the sensational blockbuster ‘Uppena’.

The director has readied a powerful script with a universal appeal to make it a Pan India entertainer.

The film presented by the leading production house Mythri Movie Makers, Venkata Satish Kilaru is venturing into film production with the movie to be mounted on a huge scale with a high budget under the banners of Vriddhi Cinemas and Sukumar Writings.

The makers of the upcoming movie are still in the process of finalizing the names of the other cast and crew.

Meanwhile, Ram is wrapping up his highly anticipated film under Shankar Shanmugham’s directorial ‘RC15’. The film, billed as an action drama with current-day politics, features an ensemble cast, with Kiara Advani playing the female protagonist. (ANI)