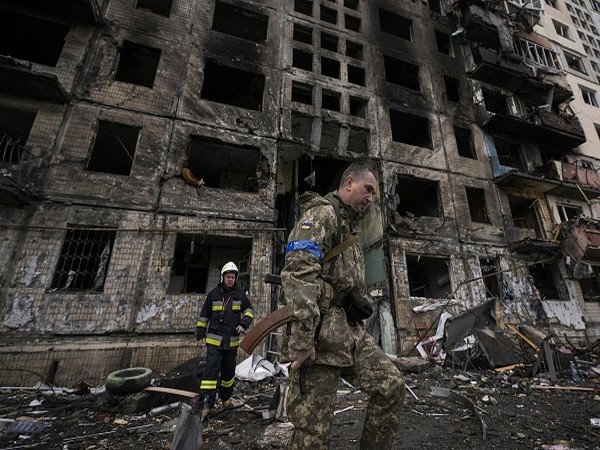 It seems as if the Russia-Ukraine war has rendered the seminal work by Samuel Huntington The Clash of Civilisations, as completely wrong. As the narrative painted by him 30 years earlier, and which occupied the central place in the world politics particularly by the western liberals has not happened. Instead of a clash of the civilisations, it is now a clash within the civilisation i.e. white, European and Orthodox Christians fighting amongst them. In an interview to George Eaton for the New Statesman, political theorist Noam Chomsky describes the on going war between Russia and Ukraine as “monstrous” for Ukraine.

Chomsky, who has never condemned any anti-Western government, unhesitatingly denounces Vladimir Putin’s “criminal aggression”. But adds that to answer the question, one has to plumb the recesses of Putin’s twisted mind and try to analyse his deep psyche.

“The other way would be to look at the facts: for example, that in September 2021 the United States came out with a strong policy statement, calling for enhanced military cooperation with Ukraine, further sending of advanced military weapons, all part of the enhancement programme of Ukraine joining Nato. You can take your choice, we don’t know which is right. What we do know is that Ukraine will be further devastated. And we may move on to terminal nuclear war if we do not pursue the opportunities that exist for a negotiated settlement,” he further said in the interview.

Expressing his views on democracy and the US interpretation of democracy, Chomsky says that Putin is as concerned with democracy as we are. He said, “If it’s possible to break out of the propaganda bubble for a few minutes, the US has a long record of undermining and destroying democracy. Do I have to run through it? Iran in 1953, Guatemala in 1954, Chile in 1973, on and on… But we are supposed to now honour and admire Washington’s enormous commitment to sovereignty and democracy. What happened in history doesn’t matter. That’s for other people.”

Chomsky, who observed in 1990 that “if the Nuremberg laws were applied, then every post-war American president would have been hanged”, spoke disdainfully of Joe Biden, saying: “It’s certainly right to have moral outrage about Putin’s actions in Ukraine, but it would be even more progress to have moral outrage about other horrible atrocities… In Afghanistan, literally millions of people are facing imminent starvation. Why? There’s food in the markets. But people who have little money have to watch their children starve because they can’t go to the market to buy food. Why? Because the United States, with the backing of Britain, has kept Afghanistan’s funds in New York banks and will not release them.”

Chomsky’s contempt for the hypocrisies and contradictions of US foreign policy comes out very clearly in this interview, and in his usual style he has given words to the sentiments prevailing across the globe.

On the other hand the other leading political theorists of our times Francis Fukuyama, while speaking to Megan Gibson for New Statesman opined that we could be facing the end of “the end of history”

Fukuyama commenting on the likely geopolitical consequences of the war in Ukraine, says that chief among his predictions are: Russia will lose the war, perhaps spectacularly, and this defeat will help the West get out of “our funk about the declining state of global democracy. The spirit of 1989 will live on, thanks to a bunch of brave Ukrainians. For those interested in the stability of the international order, it’s an optimistic, even reassuring, vision of the war’s potential outcome.”

On the surge of global support for Ukraine, Fukuyama sympathises with and endorses the urge to support the Ukrainian plight, but he also warns that it’s hardly a universal phenomenon, even among seemingly democratic countries. He cites India and South Africa as two countries that have so far refused to condemn Russia’s invasion.

Fukuyama also opines that while different opinions might be tolerable, they have also once again highlighted the dysfunction of certain multilateral bodies, like, the United Nations.

His “ultimate nightmare”, he said, is a world in which China and Russia work in harness with one another, perhaps with China bolstering Russia’s war and Beijing launching its own invasion – of Taiwan. If that were to happen, and be successful, Fukuyama said, “then you would really be living in a world that was being dominated by these non-democratic powers. If the United States and the rest of the West couldn’t stop that from happening, then that really is the end of the end of history.”

Analysing the views expressed by the two giants one can only say that the wrong interpretation of liberal democracy and its implementation through force might have resulted in the erosion of the democratic concepts all over the world. Its main champions United Sates and Great Britain both seem to be faltering and trying to impose their will or version of the concept with use of force, which may ultimately result in the establishment of a non-democratic global system, instead of the new world order which the so-called western liberalised world is trying to implement.