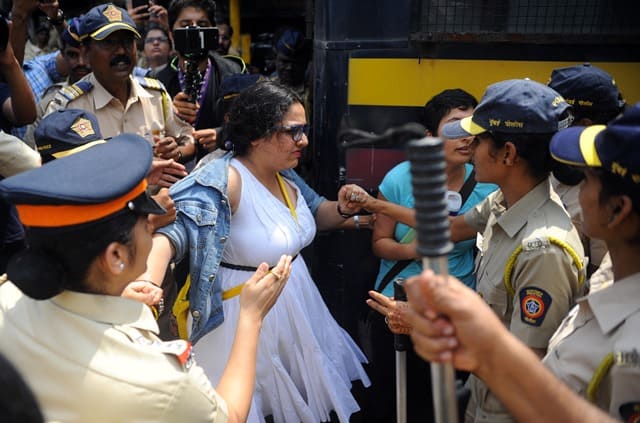 The Supreme Court on Sunday took cognisance into the trees felling matter in Mumbai’s Aarey Colony and said that a special bench will sit on Monday to hear the petition submitted by a group of law students protesting against the felling.

The students staged protest against the axing of the trees by the authorities in Aarey colony for construction of a metro car shed.

The top court bench agreed to hear the matter after a letter was sent to Chief Justice Ranjan Gogoi by students to intervene in the matter.

“A special bench has been constituted to hear the matter tomorrow, October 7 at 10 am on the basis of a letter dated October 6 addressed by Rishav Ranjan with regard to the felling of trees in Aarey forest, Maharashtra which has been registered as a public interest litigation,” the Supreme Court said in a notice.

Earlier in the day, a Mumbai court granted bail to the 29 protesters, who were arrested from Aarey for allegedly disturbing public order and obstructing government officials from performing their duties.

Advocate Aditya Bambulkar, who appeared for the accused, confirmed that they were granted conditional bail by the Dindoshi court on a cash bond of Rs 7,000 each and they have to appear at the police station for further inquiry.

The accused were arrested under various sections of the Indian Penal Code.

One of the family members of the arrested person said: “They have been charged under the worst sections of the IPC which will affect their career. Government has to understand that we are protecting our mother nature and we are not criminals.”

Tanvir Nazam, Bombay High Court Lawyer, said, “If they will move to Bombay High Court to quash the FIR then the decision will come in their favour. These are not maintainable these charges are frivolous. They are students. We will seek sanction to prosecute the public servant in this case.”

He further claimed that he has proof showing that the protestors were peacefully protesting while the police were beating them.

On Saturday, a local court had sent 29 people to judicial custody for five days while police had detained 55 others in connection with protests against the cutting of trees in Aarey colony area.

On late-Friday, many protestors gathered at the site to raise their voice against the felling of trees. Later, more and more people joined protestors near the Aarey colony area, where the Mumbai Police imposed Section 144, thereby banning unlawful assembly.

The protesters opposed the cutting of trees for the construction of the car shed of the metro station. They have demanded the relocation of the bus depot, which is a part of the Metro III project.

Leaders from various political parties including Shiv Sena and Congress have condemned the move to fell the trees.

On October 5, the Bombay High Court had refused to entertain urgent mentioning by Aarey activists to stay the ongoing tree cutting. (ANI)