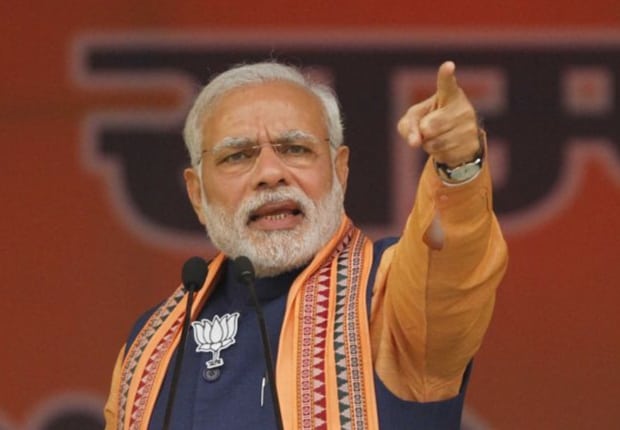 Six things to expect if Modi comes back as PM

A Modi regime 2.0 could mean changes with far-reaching consequences for India

When the Bharatiya Janata Party’s (BJP) national general secretary Ram Madhav in a recent interview with Bloomberg News’ editor-in-chief said that his party would require the support of its allies to form a government, there was much elation among the BJP’s baiters and opponents. Madhav merely said that his party would be happy if it won 271 of India’s 543 parliamentary seats and he forecasted that with the support of its allies, the National Democratic Alliance (a coalition that the BJP leads) would get a comfortable majority in the House for which elections are ongoing.

Five of the seven phases of India’s national election have been completed, and after the remaining two are done, the results are expected to be announced on May 23. But when Madhav hinted that the BJP was unlikely to get a majority by itself (in 2014, it had won 282 seats), the opponents of Prime Minister Narendra Modi and his party viewed it as some kind of admission of defeat. The thing is many observers, including journalists who have scoured the vast nation during the ongoing elections, have been reporting that although Mr Modi and the BJP have a distinct edge over their opponents, a voting wave of the sort that favoured them in 2014 is unlikely to be repeated. But the BJP and its allies could win the mandate to form the government again—with, presumably, Mr Modi as their Prime Minister for the second term.

Such predictions are fraught with the risk of being proved wrong—India’s elections have always been notoriously difficult to predict because of the country’s vastness and its complex diversities. Yet, many wonder what to expect if Mr Modi is back in power in New Delhi for another five years. His staunchest critics fear that it could unleash a regime of authoritarianism that could raise the insecurity that minorities, including the nation’s Muslims, who account for 14% of the population, face. Some believe the authority and autonomy of institutions such as the judiciary and fiscal regulators could get compromised by his government’s political interests.

A lot would depend on the margin of majority that the BJP (with or without its allies) are able to muster up in the ongoing election. If their margin of victory is not too slender, it could mean a strengthening of the Modi government 2.0’s ambit of power. Here are some of the ways in which such a phenomenon could manifest itself: