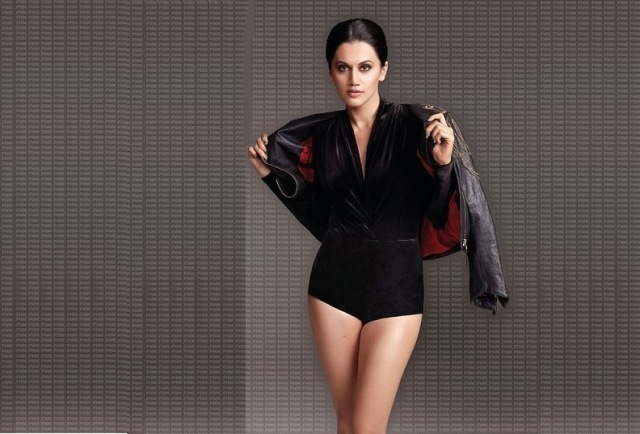 The upcoming Bollywood film ‘Looop Lapeta’ which will bring on screen a fresh pairing is slated to hit the theatres on October 22, 2021. The comic-thriller stars Taapsee Pannu and Tahir Raj Bhasin in the lead roles.

Taapsee shared the release date of the film on her Instagram handle. She wrote, “A comic-thriller we rarely get! Brace yourself to meet Savi and Satya….. #LooopLapeta in theatres this October 22, 2021.”

The ‘Pink’ actor also shared a short clip that features the lead duo’s characters — Savi and Satya and a still from the film that perfectly showcases the on-screen romance between the two actors.

Tahir also shared the same clip on his Instagram account along with a caption that read, “Get ready for the ride of your ‘life’ with Savi and Satya…. #LooopLapeta in theatres on October 22, 2021!.”

The upcoming film is an official remake of the 1998 German movie ‘Run Lola Run’, written and directed by Tom Tykwer. Franka Potente played the titular role of Lola, while the film also starred Moritz Bleibtreu. The German film followed a woman who needs to obtain 100,000 Deutsche Mark in 20 minutes to save her boyfriend’s life.

Apart from ‘Looop Lapeta’, Taapsee has a flurry of films in her kitty including ‘Shabaash Mithu’, ‘Haseen Dillruba’, ‘Rashmi Rocket’ and ‘Dobaaraa’.

Meanwhile, Tahir, who was last seen in Nitesh Tiwari’s ‘Chhichhore,’ alongside late actor Sushant Singh Rajput and Shraddha Kapoor, is awaiting the release of ’83’, which also features Ranveer Singh and Deepika Padukone. (ANI)