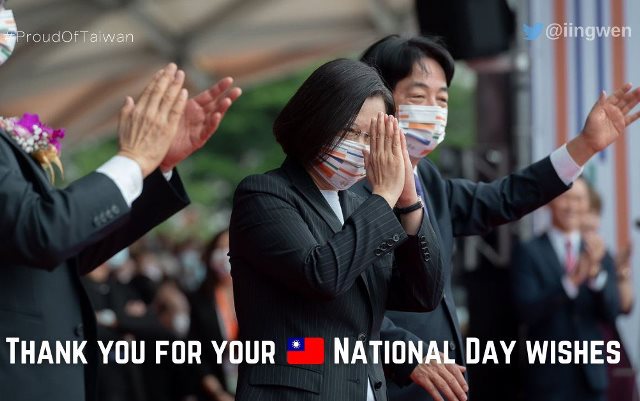 Taiwan and India do not have formal diplomatic ties but their citizens have bonded over a shared feeling of being targets of Chinese aggression and censorship, reported The Diplomat.

As China and India are engaged in border stand-off, netizens support their counterparts in Taiwan and Hong Kong, bringing along masala chai to become an adjacent member of the online pro-democracy “Milk Tea Alliance.”

Ahead of Taiwan National Day, the Chinese Embassy in India sent guidelines to Indian media on how to refer to Taiwan. The move backfired and led to outrage in both India and Taiwan.

China in recent years has also increased military drills around Taiwan, with almost 40 Chinese warplanes crossing the median line between the mainland and Taiwan on September 18-19 — one of several sorties the island’s President Tsai Ing-wen called a “threat of force.”

“It looks like communist China is hoping to march into the subcontinent by imposing censorship,” Taiwan’s Foreign Minister Joseph Wu tweeted on October 7. “Taiwan’s Indian friends will have one reply: GET LOST!”

The Chinese demand did, in fact, spur a flurry of op-eds and news coverage of Taiwan’s National Day and the state of Taiwan-India ties, in both countries.

In India, #TaiwanNationalDay trended on Twitter throughout the day on October 10 as internet users, along with journalists and politicians, sent well wishes to Taiwan.

Y. Satya Kumar, national secretary of ruling Bharatiya Janata Party (BJP), tweeted: “Greetings to my Taiwanese brothers and sisters on #TaiwanNationalDay. India stands in solidarity with the courage, strength and resolve that you people have displayed in your struggle against colonialism and oppression by the imperial power!”