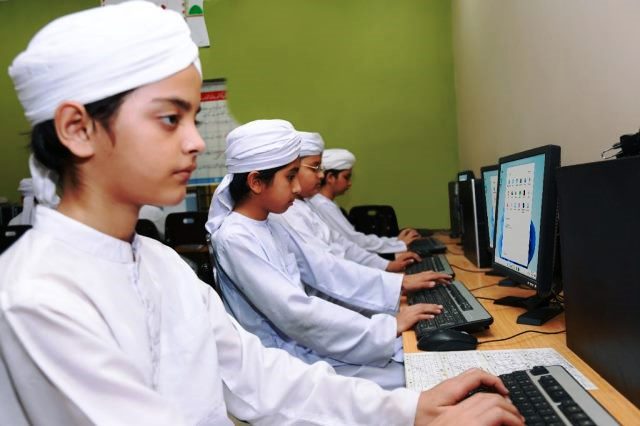 Ever since their emergence, the Madrassas in India have persisted with a curriculum that has seen few changes. The fact that literally, lakhs of Muslim children acquire their primary, and perhaps their only formal education, in these Madrassas where only literature and Islamic studies with a cursory knowledge of social sciences thrown in, are taught, should be a matter of concern not only to their parents but also to anybody concerned with education in any manner.

The format of education imparted to the students of Madrassas ought to be modified keeping in view the shifting demands of the job market – a concern that can no longer be under-played.  And this is perfectly possible without an erosion of the cultural and religious identity.

Developing suitable answers for today’s dilemmas requires an examination of the essentials of education. Education involves transference to others, of knowledge and values accumulated by mankind. Even though schools and teachers have been part of the process of education for hundreds or even thousands of years, it is the spirit of enquiry that has enriched mankind with knowledge. We learn through reading, experience by watching others and by observing the world in general.  Inculcating a spirit of scientific enquiry in students will perhaps be the best manner of propelling them on the path of learning.

Even though this may be the general agreement, it is a fact that in this country particularly, whenever an attempt is made to institute any profound change, a resistance begins to act from its very inception. The critics flinch at the vision of a Madrassa system where modern education or skills enhancement would jettison religious knowledge and make education “worldly” and “impersonal”.

It is a matter of satisfaction to note that of late, some Madrassas, have realised the significance of modern education, and have introduced teaching science, English and Computer skills in their curricula. For example the two largest Madrassas in India, Darul Uloom-Deoband and Nadwa-tul Ulema-Lucknow have braced themselves to be the harbinger of change and have introduced English language teaching and computer skills as part of their curriculum. But both have not been able to bring about any noticeable improvement in the quality of education they impart to their students.

It is often argued that if modern education is so sensational, why hasn’t it brought any notable improvement to education in the few Madrassas that have adopted it? In reality, in spite of modern education being imparted, thousands of Madrassas don’t have a well-formulated curriculum, and/or couldn’t implement it even if they wanted to, as they don’t have sufficiently trained and proficient staff.

It is also a fact that in the earlier years of madrassa education, the founders of Darul Uloom-Deoband, insisted on imparting skills enhancement to their students. Thus enabling them to earn their livelihood and also continue with their religious duties. These skills enhancements included calligraphy, book binding, printing and tailoring. However, over time these components were removed from the madrassa training.

But as it is the wheels of history continue turning round and round, and indeed now-a-days Skills Enhancement has become a buzzword for the whole world not just for madrassa students.

In the given scenario, madrassa authorities could very well take advantage of different skills enhancements programmes run by the GoI, government and private institutions and different universities and colleges throughout the country.

In addition, madrassas can also collaborate with various NGOs, who have a credible record of delivering Skills Enhancement and personality development courses over the years.

Madrassa students have an edge over students of modern education system, their memorisation capacity is honed so well that this capacity can be utilised to guide them through various skills enhancement courses related to computers and IT, like data analytics and programming. In the past, organisations, which had embarked on this path, report of highly encouraging results.

If the madrassa authorities in collaboration with central bodies like the Ministry of Minority Affairs and Maulana Azad National Foundation carry forward such successful programmes, whose results have been quantified and documented well, then this could augur well both for the country and madrassa. It will also ensure taking the sting out of the critic’s blame that madrassa students are inferior to the students who have pursued courses under the modern education system.