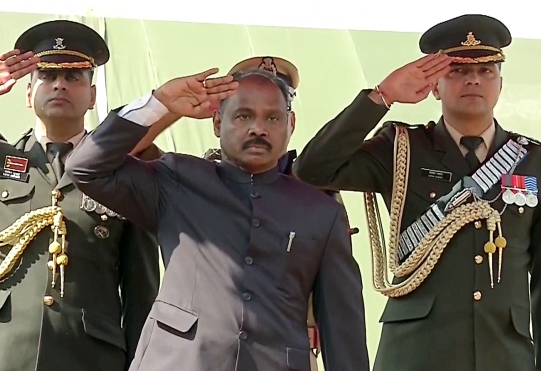 Union Territory Of J&K Comes Into Form, L-G Sworn In

In a first, the oath-taking ceremony of the Lieutenant Governor was conducted without flag of Jammu and Kashmir.

Earlier, the oath ceremonies of the Governors and Chief Ministers of the former state of Jammu and Kashmir took place in the presence of flag of Jammu Kashmir.

During previous oath-taking ceremonies, one of the dias used to bear the “Ashok Stambh”, while the other had state emblem of Jammu and Kashmir on them.

Over two months after the Parliament revoked the special status of the then state of Jammu Kashmir, the Union Territories of Jammu and Kashmir, and Ladakh came into existence on Thursday.

With this, the total number of states in the country has come down to 28 while the number of Union Territories has gone up to nine.

The President’s Rule that was imposed in the state has been revoked.