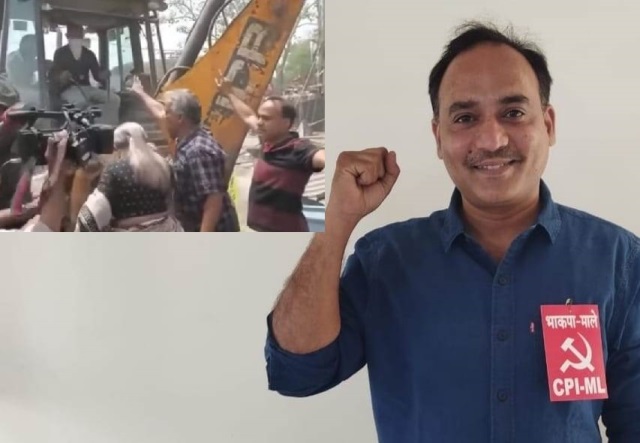 ‘We Stood Like A Wall Between Bulldozers And Muslim Households’

Ravi Rai, a Communist leader, recounts how he along with a group of committed comrades, staked his life and body in front of the bulldozers at Jahangirpuri on April 20

It was after midnight on Tuesday that out party members came to know that the BJP leadership was hell-bent on demolishing the poor Muslim basti in Jahangirpuri, not only as revenge politics, but, also to push communal polarization to its peak after the violent and pre-meditated assaults on Muslim religious places in northwest Delhi. We call it premeditated because in several other towns and cities, especially in BJP-ruled states, similar pattern was followed to target Muslim households.

Sensing the urgency, a small group of the CPI-ML activists and volunteers rushed to the spot at around 10 in the morning on Wednesday. We stood like a wall between the heavy bulldozers and the Muslim houses till the time the Supreme Court order arrived, stopping all demolition at the site, around 11.

It is no coincidence that the six-seven bulldozers were operating in around 300 meters of the Muslim residential colony at C Block, where the mosque stood – the same mosque which was attacked by a group of goons during Hanuman Jayanti procession. The entire area and its by-lanes were under siege, with heavy police deployment and barricades. As if these homes of poor Indian citizens belonged to some terrorists!

We had earlier argued with the Commissioner of the Municipal Corporation of Delhi (North), with no respite coming our way. He said he had no written orders and that the demolition was part of routine action taken time to time. Same were the tactics employed by the Delhi Police even while the bulldozers unleashed their terror in what seemed like an ‘occupation zone’.

CPI (M) leader Brinda Karat and her comrades joined in soon. Thereby, we decided to physically block the bulldozers.

I was pushed and manhandled, removed repeatedly by the cops, but I would come back with more conviction each time I was assaulted. We waved the Supreme Court orders at the bulldozers. They seemed to care a damn. This went on for two hours in the scorching heat. Seeing our peaceful and stoic resolve, finally, the administration decided to turn away their bulldozers.

That this was a sinister plan and clearly politically motivated is borne out from the fact that the BJP Chairman of the MCD (North), had earlier written a letter asking for action against what he branded as encroachments. This is a blatant lie. These 22 square foot plots were given to the citizens by the government long time ago, and most of them come from Medinipur, West Bengal. They are hardworking and honest people.

In contrast, every area in Delhi has encroachments where the poorest of the poor, working in the informal economy, have set up make-shift tenements and live in sub-human conditions. So, why target only the Bengali Muslims of Jahangirpuri?

The cold-blooded response of Arvind Kejriwal and his party is much too predictable. That that they have chosen to bring in the Rohingya and Bangladeshi angle, typically smacks of infamous BJP propaganda. They are playing the same jarring note as they did during the state-sponsored communal violence engineered against the Muslims during the non-violent Shaheen Bagh protests against the communal CAA. Indeed, the stance of Kejriwal and his party leaders is truly sad and deplorable. 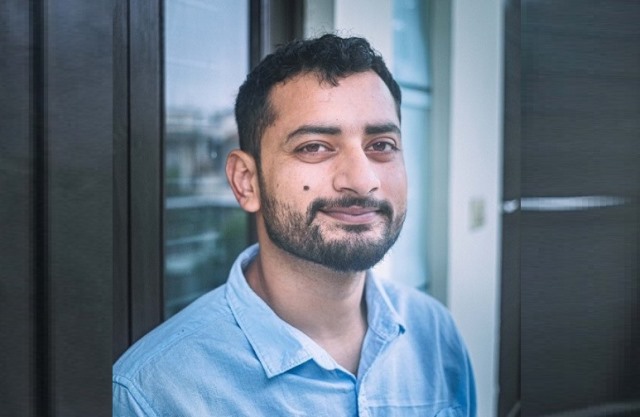 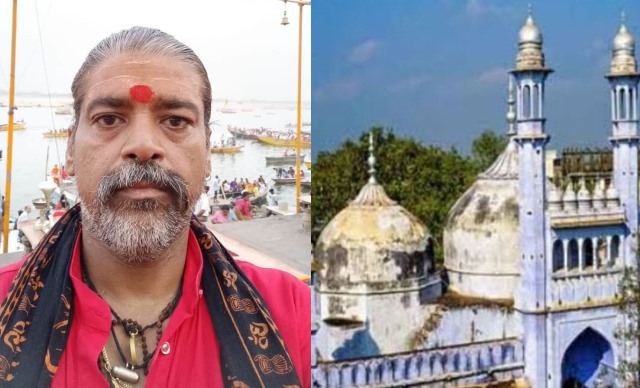 Well done. Left has to lead the people out of present morass.