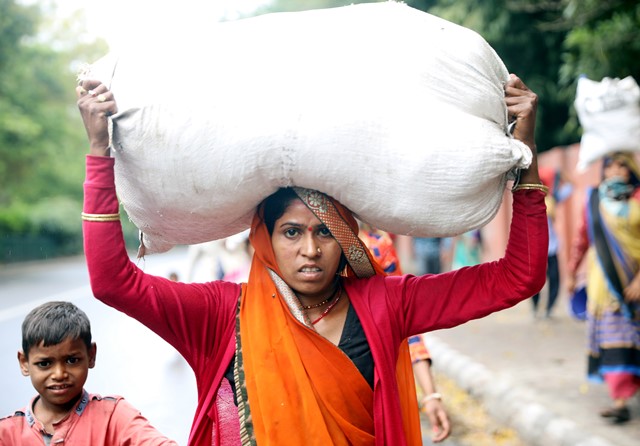 Who’s Afraid Of Lifting The Lockdown?

Low on confidence, will Prime Minister Narendra Modi, high on hyperbolic monologue and populist, unscientific declarations, move one step forward and two back? Universally decried after the catastrophic botch-up of the nation-wide lockdown without an iota of preparation and taking all and sundry by surprise, besides compelling tens of thousands of poor, hungry, thirsty workers, their mothers and wives, and little children on unending highways, pushing the pandemic into the twilight zones of the hitherto untouched rural areas of the Hindi heartland, the prime minister, certainly, just can’t make another gigantic mistake.

Will the partial withdrawal be determined by factors of health, and social and psychological well-being, in India’s vast landscape, with no uniform human development index indicator? Or, will it be compelled because of the doddering economy and a massive crisis staring at its face, as warned by top economists, world economic bodies and the international media, including Raghuram Rajan, Nobel Prize winner Abhijit Bannerjee, Jean Dreze among others?

As of now, barring the role model state of Kerala at the far-end of the map, which has mapped out its withdrawal from the lockdown in four phases already, and where the pandemic is actually flattening out (apart from Maharashtra, because of efficient testing and health care, and, ironically and, reportedly, in Uttar Pradesh, due to abysmal and transparent lack of testing and health facilities), a large chunk of the so-called ‘Bimaru states’ want to stick to the ‘comfort zone’ of prolonged lockdown and enforced curfew, because they really have nothing to show.

With allegations of data being controlled and fudged, as in the past, the BJP governments at the Centre and in states, do not really have a great answer sheet to prove their credibility in terms of prevention, control, care and future projections. Even in Pakistan and Bangladesh, there is more testing happening compared to India.

Indeed, Kerala chief minister Pinarayi Vijayan, unlike the prime minister who has not done a single press conference till date, is frank and candid with his regular briefings with the media, giving meticulous details about the health conditions of patients, the numbers inside quarantine, the success rates, the condition of migrants, the problems to be tackled and how the collective civil society with the government is trying to overcome them in the state in a decentralized manner.

Sources on the ground in Kerala, as in Bengal and Maharashtra, are confident that the lockdown will be lifted partially in the days to come. Only those states like UP, Chhattisgarh, Madhya Pradesh, Telengana and Bihar, whose report cards are not really shining, are reportedly pushing the envelope for the lockdown to continue. It is like when democracy is dumped in the garbage can, there is no option but to ‘indulge’ in a military clampdown and communication lockdown, as in Kashmir after August 5, 2019.

There are several reasons why the lockdown should be partially lifted, as argued by top, well-meaning economists, and as whispered softly in the corridors of power and big business.

The harvesting season begins during the ‘auspicious’ season of April and goes on till July. With agricultural grown in dire straits, and almost static at 1 per cent plus, there is no option but to ease the lockdown in rural India. Indeed, there are two immediate and long-term problems stalking the agriculture scenario: huge buffer stocks of foodgrain which are still to be distributed, and the reverse migration of agricultural/landless workers back to their economically stagnant village landscapes.

For instance, where will states like Punjab and Haryana find the workers in the harvesting season with most of them having fled to the safety of their village homes in the face of the lockdown with stark economic and social insecurity stalking them in their destined places of migrations? Besides, according to Dreze, the foodgrain stocks might increase beyond a huge 80 million tonnes – with mass hunger and unemployment as a simultaneous and ironical factor among millions below the poverty line.

The urban economy has all but tanked. It’s a fact, and this was a process underway much before the pandemic. The construction and real estate industry is as starkly pessimistic as the empty high rise buildings on the Noida Expressway, and big industrial projects, still incomplete or languishing. This industry also employs the bulk of construction workers. The other big industries like Information Technology and manufacturing are not looking too good either. Unconfirmed statistics point out that the tragic scenario of joblessness, highest in the last 45 years, might have increased manifold post-lockdown, and this includes the urban educated youth.

ALSO READ: ‘Locked Inside, We Are Going Nuts’

Demonetisation and GST has already broken the backbone of the small-scale industries, small business enterprises and trade. With civil aviation, railways and transport suspended indefinitely, India just does not have the mechanism to go for an extra push to its doddering economy, despite the optimism and vision displayed by the likes of Raghuram Rajan. Can the prime minister, his finance minister with no big feather in her cap, and his cabinet ministers push the card to its optimum best in the given circumstances?

This is a question that is stalking the central government currently. Several high powered cabinet meetings chaired by Defense Minister Rajnath Singh have reportedly been looking at possible and plausible options. For the first time, perhaps, state chief ministers have been consulted – who, truly, have been fighting it out on the ground with little or no help from the Centre.  Every day they are beseeching the Centre for more aid, PPEs, ventilators, insurance for health workers, basic health infrastructure and direct support. Surely, the central government is now reaching out to the states, with central funds, and pro-active measure. Another big financial package is reportedly on the cards.

The prime minister has cut a bad record and he has no option but to go for a national consensus with the chief ministers, and thereby try to learn a few lessons from Maharashtra, Tamil Nadu, Bengal and Kerala in terms of anticipation of a global crisis, the dynamic art of crisis management and practical and long-term solutions.

Clearly, there are suggestions to open certain sectors, with partial employment, keeping physical distancing and health precautions intact. This can very well happen in key public and private sectors like civil aviation, certain crucial industries like iron, steel, oil, IT, construction and coal, and find a balanced synthesis between work-from-home and actual professional activity at work stations. Also, there are suggestions to open the discourse to the professionals themselves – those who are willing to join the work stations should be allowed to do so with adequate precautions, health and life insurance, and safe mobility.

However, the harvesting season and the huge buffer stocks remain a cause of concern. Why the government should still continue to hesitate to push for free distribution of foodgrain among the vast masses remains a dark mystery. Indeed, if the farming community goes into a crises, this will be yet another epidemic of sorts, for an economy so dependent on agriculture.

In that sense, there seems logic in the rational argument that the lockdown should be lifted partially and in safe areas, away from the so-called ‘hotspots’, which are around 250 districts in the entire country, with high or low grades of the  disease spreading. Around 400 plus districts in India are still presumed to be safe.

With the pandemic flattening gradually, creative, brave and imaginative solutions are required. China has opened its transport and public spaces with caveats in Wuhan, the epicenter of the pandemic. So, will India move forward, or continue to stay in the comfort zone of an eternal lockdown?