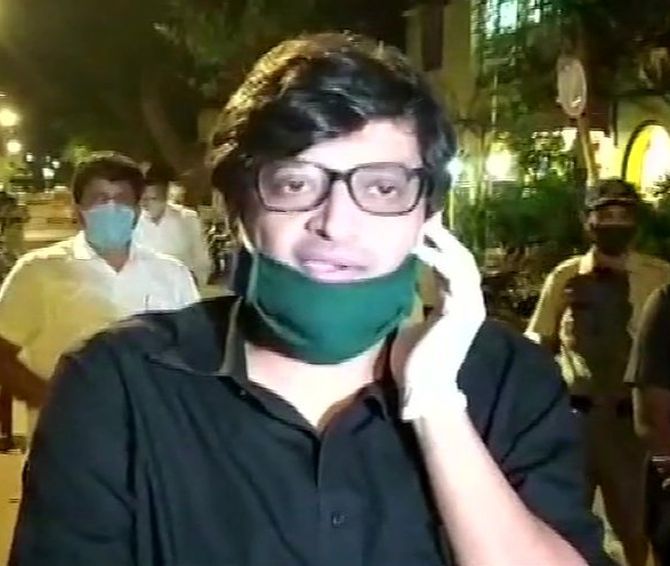 One of the singular achievements of sections of the Indian media toeing the line of the current regime in Delhi is that it has created a dog eat dog atmosphere in a country perpetually at war with itself. The polarization, often communal, racist, sexist and driven by hate, is so sharp and relentless, that its only cutting edge principle is to bay for blood at any cost, having buried all civilized discourse or rational principles of interaction into the garbage can of contemporary history.

Surely, this did not happen even during the draconian days of the Emergency; brave editors would dare to leave their editorial space blank, defying the censors sitting in their edit meetings. These channels created a competitive environment which brazenly and repeatedly flouted all that stands for media ethics and its inherited values.

Day after day they have manufactured mythical enemies of the nation from out of their figment of imagination, pampered the ruling regime’s pet obsessions, declared legitimate and peaceful citizens of this country as anti-nationals, created war propaganda and hate politics to the most absurd levels of heightened hyperbole, and indulged in daily media trials and hounding for the world to see. Much of what was displayed as a grotesque public spectacle on live TV as prime time shows every night in English and Hindi had neither an iota of decency nor space for rational dialogue.

Apart from shouting matches and regular ‘lynching’ of individuals, often these shows set the agenda for a kind of television journalism unseen in the annals of the audio visual media anywhere in the world. Anyone could be bashed, degraded and destroyed, for no rhyme or reason, and without any evidence whatsoever.

In this vile and vicious melodrama of character assassination and the ravaging of reputations, there is no time to breathe. This is like the blood-letting of the gladiators of ancient times where television anchors became the jury and the judge, where the punishment was publicly announced even without a trial, while the mob wanted more public lynchings.

The daily trial, of course, daily entertainment of the most morbid kind camouflaged as news and opinion – the more filthy and indecent it became, the more it seemed to be lapped up by an indiscrete and invisible audience, till the time the Mumbai police found that even the TRP ratings seem to be fudged and manipulated, much like the prime time fake news dished out without any fact-checking whatsoever, and with only the intention to satiate the lowest and basest instincts of viewers.

The hounding of Rhea Chakravarty, even Deepika Padukone and others, were clear examples of this organized witch-hunting, driven by political interests. Indeed, most of the channels including that run by this particular gentleman who is now cooling his heels in jail, went overboard in becoming more loyal than the king, toeing the central government’s line with such ferocity and with such total disregard for basic journalistic objectivity and ethics, that embedded journalism found a completely new genre on television media in India. Every night became a night of organized targeting.

Even among the top television anchors, again unprecedented in Indian journalism, mutual hounding and calling names and that too on live television, became a new phenomenon. Rajdeep Sardesai for instance called Arnab Goswami’s channel a banana republic. Earlier Sardesai was castigated for his considered interview with Rhea, where she appeared articulate, coherent and dignified, while defending her arguments with great finesse. This was resented by those who had already announced her guilty in a shrill media trial which went on day after day.

ALSO READ: Covid Is Also An Opportunity For India Media

A lot of dirty waters have flowed in this daily gutter on live television in India in recent times. Peaceful PhD scholars, students, academics, intellectuals, writers and artists, and non-violent protesters against the NRC and CAA, demanding the restoration and resurrection of Constitutional values, were declared anti-nationals, terrorists, urban Naxals, among other condemnations which created a public opinion against them; whatever the police and the government said were floated with additional frills, thereby consolidating all forms of undemocratic actions taken by the government. When it came to the process of justice, or a fair trial, this section of the media chose to completely align with the powers that be, thereby dumping all norms of journalistic detachment, impartiality, fair play and objectivity. In sum and substance, this was the abyss of the lowest common denominator.

Given this abysmal situation, independent journalism and objective reportage was dumped into this very gutter which was celebrated every night on prime time. Veteran journalists were hounded. Others were arrested. A young Dalit journalist in Delhi was packed off to a jail in UP for a tweet which he had apparently retweeted, according to reports. The signal was clear: toe the line or be prepared for the worse.

Journalists in Jammu and Kashmir have been chosen for special treatment, even in what is ritualistic media censorship. Indeed, the jackboots and the clampdown has been  celebrated by the loyalist media completely disregarding the basic liberties and rights of 8 million Kashmiri people, thereby consolidating an already existing collective feeling of exile, condemnation and alienation.

Hence, those who are baying for the blood of Arnab Goswami who has been picked up by the Mumbai police on a case of suicide of a son and mother, the son being an interior designer of his new studio when it had launched a new channel, and the alleged non-payment of a huge sum of money, as declared in the suicide note, might fall in the same grotesque trap of vicious vindictiveness and public lynching which was celebrated by these channels. The argument that it is not a case of freedom of expression and is a criminal case might be true, but there are layers within layers, even as the case becomes sub-judice.

The dark irony is that this suicide was reportedly not even investigated earlier, even as the family members apparently knocked at all doors seeking justice for the son and the mother of the family. That seems to be a bigger case of injustice in a country where justice seems elusive to the ordinary citizens, especially those in the margins, as the family of the girl raped and murdered in Hathras witnessed. Dissenters are currently languishing in jail on allegedly fabricated charges under draconian laws. Whereby bail is a legitimate right in the judicial process, even bail is denied to these peaceful dissenters.

In this context, Arnab Goswami too deserves a fair and just trial, and not only because he is brazenly biased and partisan, a favourite of the current ruling regime in Delhi, and surely not because he presided over media trials on his channel, while invading the privacy of citizens and vitiating an already polarized atmosphere of a democracy pushed to an edge.