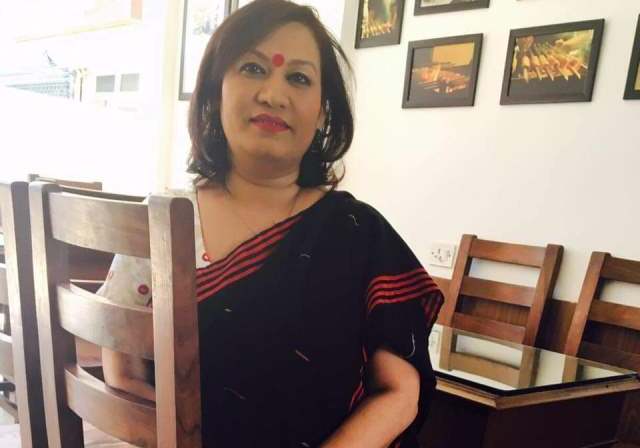 ‘Why Can’t Modiji Take Refugees To Gujarat, Instead Of Assam?’

Sneh Lata Saikia, a 45-year-old Assamese chef working in Delhi, says her opposition to CAA is not about Hindu or Muslim settlers in Assam. It is about limited resources being taken away from the indigenous people of Assam

Like most Assamese, I strongly protest the Citizenship Amendment Act (CAA). The National Register of Citizens in Assam is a different issue though and it has a historical perspective. The Assamese people have never been partisan or discriminatory on the basis of religion.

But we are worried about the non-Assamese influx in our state and the Citizenship Act will lead to a fresh stream of immigrants in Assam, draining its limited natural and livelihood resources. There are already too many people in our state and all we are saying is that Assam can’t take in anymore people.

I would like to ask Mr Narendra Modi to rehabilitate illegal immigrants (and refugees) in his home state Gujarat which is apparently rich and where every family has at least one NRI. Those are the states that should be shouldering a major share of the burden. Because of its geographical proximity to Bangladesh, Assam has suffered for far too long.

Ever since India gained independence, Bangladeshi people (from what was erstwhile East Pakistan) have been coming to India to settle in Assam. The influx reached its peak in 1979 when during the elections people witnessed a tremendous jump in the number of voters (first in Mangaldoi). Since then people have been worried about the pressure on natural and economic resources as well as their identity with respect to illegal immigrants.

Nearly 900 people lost their lives from 1979 to 1985 in Assam movement. We felt things would change when Rajiv Gandhi signed the Assam Accord in 1985, but nothing much changed. The current government played smart by first coming to power by promising the Assamese people that they would take care of the illegal immigrants but then went back on their word by introducing CAA. We are back to square one. Assamese people feel cheated.

Even if the government had said that people who came to India till 1971 would be granted citizenship, it would be okay. Those were difficult times. However, to push the cut-off date to 2014 is just too much. The government isn’t willing to do the hard work of filtering out illegal immigrants, and thus this blanket approach.

My family belongs to Naogaon in Assam and it would not be wrong to say that there are around 80% illegal immigrants there. The Inner Line Permit has not been implemented in our area, so anyone can come and settle there.

Our opposition is not about Bangladeshi Muslims or Bangladeshi Hindu. It is about the numbers of non-Assamese people settling in here. One can witness the imbalance already. Last year, when I went to my village in Juria Baman (a Brahmin settlement), I was the only woman walking on the roads. How things have changed!

The whole world is facing a refugee crisis and I am all for supporting people caught in the crossfires of armed conflicts. But my point is – also an Assamese protester’s view – that the entire burden should not be put on one place alone.

I feel this is just an exercise by the BJP to increase their vote bank in the North East. Hindus from other countries will forever be indebted to BJP for granting them citizenship and thus will be a loyal vote bank.

Apart from the BJP we also feel betrayed by the AGP (Assam Gana Parishad). How come Prafulla Mahanta is waking up so late on the issue? They are now going to SC against the amendment when it’s already too late. And our Chief Minister Sarbananda Sonowal is not ready to come out and interact with the masses, he is sitting inside closed doors and assessing the situation. True leaders don’t work like that.

Like most families, my family back home in Assam is suffering too. My 75-year-old mother has cataract and I am worried for her. What if the situation takes a turn for the worse? Even though I fully believe that my Assamese brethren wouldn’t go in for violent agitation like in West Bengal, one never knows what miscreants can do. When the Bill was passed in Lok Sabha, I had an intuition that this government would not be able to handle things and the situation would worsen. I was right. Many people lost their lives since. We hope this problem is sorted out once and for all.