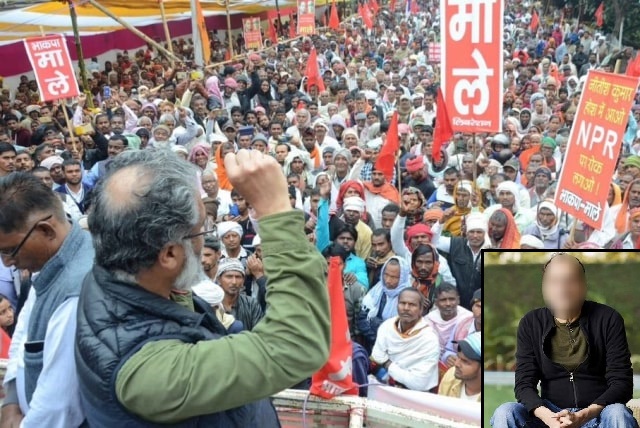 ‘Why Inner-Party Democracy Is Good For Communist Parties!’

Last week, CPI-ML (Liberation) leader Kavita Krishnan resigned from all party posts, kicking up a debate on democracy in communist parties. LokMarg spoke to a sympathiser and close supporter of the CPI-ML (L) on the issue. This senior writer, who does not want to be named, says the communist parties should realize that those who raise the question of democracy in socialism should be embraced and not vilified. His views:

No, I never discussed Stalin with them or with anyone else for that matter because I have no means to prove or disprove anything about what he did or did not do. This is for two reasons. Basically, when I work with anyone I don’t normally get into discussions about their family history. If one goes up anyone’s family tree, one might or might not find evidence of ‘criminality’ at some point. That should not come in the way of constructively working together with that person in the present.

Secondly, I believe Stalin is simply too controversial for anyone to have an unbiased opinion on him. In my opinion, everyone is free to have whatever view of him they want, but I will retain my freedom to work with people with all kinds of viewpoints on this issue. This is simply because work in the present is more important than endlessly fighting over history.

I am a supporter and sympathizer of the CPI-ML (Liberation). With all their limitations, they are the most sensible and honest communist party in India today, with some very fine leaders and wonderful cadre. We have disagreements, but our agreements are far greater. Besides all this, I have too many friends in the party – so it is not a matter of ideology alone, they are like family to me. I am critical of them only because I am concerned about their decline and want them to grow for the sake of India’s future.

The debate over democracy and even its definition is an old one within the global communist movement. The fact that it continues in our times only means that there has been no satisfactory resolution of this question. However, it is an extremely important discussion that should not be brushed aside or suppressed in any way.

The reason why a lot of comrades raise the issue of both inner-party democracy and the need for a democratic polity under socialism is simply because they feel it is wrong to give complete monopoly of power to any political formation, including to the one they are themselves working with. This is a very ethical position. It is unfortunate that many communists think that this is ‘anti-party’ – because, in truth, it is a position with the best interests of protecting the rights of the people.

Socialist systems claim to be more democratic than capitalist ones because they focus on delivering the basic necessities of the population – such as food, shelter, education and health. They do not recognise freedom of protest, organisation and speech as fundamental rights and see them as a ‘luxury’.

This is actually like the mindset of a poultry or pig farmer who claims to be feeding his caged livestock regularly before sending them to the slaughterhouse. Communist parties should stop doing mathematics with human populations because they are flesh and blood creatures, and thinking, feeling creatures, and not abstract numbers.

They should also realize that democratic processes and institutions are not a luxury but essential in ensuring both justice and resilience within the communist systems. Marxism – as Marx himself thought of it — is unique because on the one hand it is about being passionately against injustice, and on the other it is highly intellectual and sensitive, and insists on action based on serious study, research, presentation of evidence and debate.

Deciding the fate of the party or of the population cannot be a whimsical exercise of a few leaders – democratic participation and flow of information are critical. The various institutions of so called ‘bourgeois democracy’ that protect freedom of association, speech or fair treatment, while imperfect and also inadequate in many ways, are still superior to the archaic justice mechanisms we see in ‘communist countries’.

Those comrades who still have a heart, and have not become cold, calculating machine-like bureaucrats, will keep raising the question of democracy within and outside the party-fold. They are an asset to the communist movement and should be embraced and not vilified and expelled.

The communist parties should realize that the people – including the working classes everywhere — are rejecting them all around the world because of their contempt for democracy. They are on the wrong side of history on this issue and it is up to them to change, or, become completely irrelevant.

Communism is not invention of anyone. It was there in human and other animal communities in many forms from very olden days. Only modifications added up by various communist parties. We may not judge humans only as political partisans but also as beings of vivid nature and mindset….