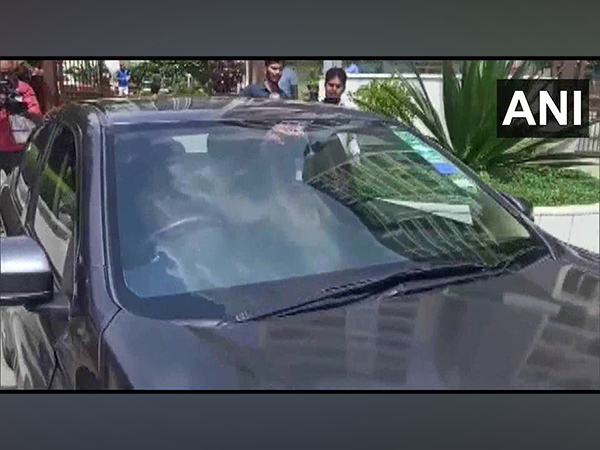 Soon after the arrest of a woman who was captured on video abusing a security guard in a housing society in Noida on Sunday, the residents of the premises are planning to evict her from the society due to her misbehaviour.

The woman was identified as Bhavya Rai who was caught on video misbehaving and abusing with the security personnel in Jaypee Wish Town, Noida Sector 128.

The police, upon the receipt of the complaint from the security guard, registered a case and arrested the woman.

The officials of the housing society have initiated their preparations to evict her from the flat where she lived.

Speaking to ANI, Karan Chaudhary, a guard of the society who claimed that he made the video and submitted it to supervisors, said, “The security guard was a little late in opening the gate when the woman was taking her car out of the parking. She started creating a ruckus over this and abused him. When I came to know about the incident, I rushed toward the gate where I captured the video on my phone and showed it to my senior. The police were informed about the incident.”

Society secretary Ankit Kuchhal said that the woman had relocated to the housing society earlier this year.

“Bhavya Rai relocated to this society earlier in May this year. She is a lawyer by profession. We have contacted the owner of her flat and necessary action by the society will be taken,” he said.

Treasurer of the society, Anshu Gupta said that the preparations are underway to vacate her flat and the owner of the flat is cooperating with the officials doing the same.

“It looked as if she was drunk. After the incident, we are preparing to evict her from the society by informing the house owner about the incident. The renter has cooperated. As of now, FIR has been registered against the woman in Noida Sector 126 police station. The probe into the matter is underway,” she said.

Following the incident, the police registered a case on the complaint of the security guard.

Speaking to ANI, Bharti Singh, Addl CP (HQ) said, “A woman named Bhavya Rai was caught on video abusing and misbehaving with security personnel of the society. Police registered a case based on the complaint of the security guard. Her vehicle has been brought to PS & she has been arrested.”