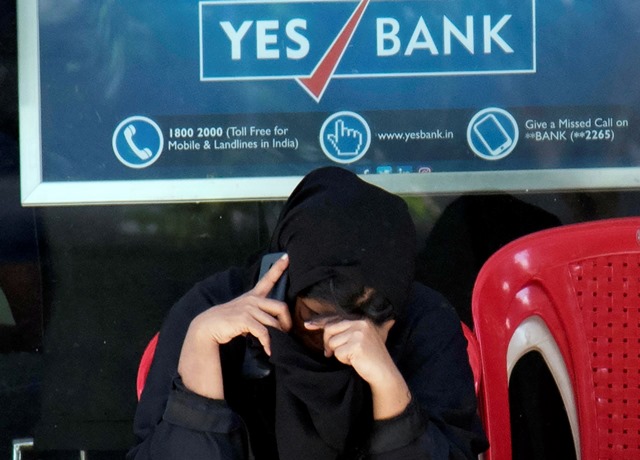 The recent debacle of the Indian private sector bank, Yes Bank, whose board was suspended and superseded by the Reserve Bank of India (RBI), once again brings into sharp focus the extent and depth to which crony capitalism continues to prevail in the country’s economy.

Yes Bank was founded in 2004 by Rana Kapoor and his brother-in-law, the late Ashok Kapur. Early this month, the Central Bureau of Investigation (CBI), registered a criminal case against Kapoor, who was the CEO of Yes Bank; Dewan Housing Finance Ltd. (DHFL), a non-banking financial services company; and its promoter, Kapil Wadhawan. The CBI charged them with criminal conspiracy, cheating and corruption under the Indian Penal Code and the Prevention of Corruption Act.

ALSO READ: How To Pull Up Indian Economy

The allegations are that between April and June 2018, Yes Bank subscribed or invested Rs 3700 crores in DHFL’s short-term debentures. This financial assistance subsequently turned into non-performing assets as the bank was unable to recover the funds. More seriously, the allegations are that in lieu of the amount extended to DHFL, a company, Do it Urban Ventures, promoted by Kapoor’s three daughters, and received kickbacks in the form of loans amounting to around Rs 600 crores. In other words, the CBI alleges that Kapoor and DHFL entered into a conspiratorial quid pro quo: DHFL got the assistance (that have now turned into bad loans) and he and his family benefited from the kickbacks.

The agency has alleged that Rana Kapoor extended financial assistance to DHFL to get substantial undue benefit for himself and his family members via companies held by Kapoor and his family. On March 5, India’s central bank, the Reserve Bank of India, announced that it had suspended and superseded the board of Yes Bank. Customers were prevented from withdrawing more than Rs 50000 from their accounts and rating agencies downgraded the bank’s core bonds.

Yes Bank’s debacle turns the focus sharply on the continued prevalence of crony capitalism in India’s economy: an unholy nexus between banks, financial institutions (FIs), and business enterprises. Banks and FIs—and not only privately owned ones—in India are known to have cosy relationships with promoters of large and medium sized Indian companies and quid pro quo arrangements of the sort that Kapoor and Yes Bank are accused of are not uncommon. Rather, it is quite the opposite. Examples of misuse of bank funds are galore in the Indian economy.

One high-profile case is that of liquor baron Vijay Mallya who is currently in the UK while the Indian government is trying to get him extradited so that he can face investigation into charges levelled against him. Mallya is accused of misusing around Rs 9,000 crore (US$1.3 billion), which are loans that his companies, including a now-defunct airline that he started, took from 17 Indian banks. The allegations are that Mallya siphoned off these funds to 40 other companies that he controls around the world.

In another headline-grabbing case in 2018, the CBI began an investigation into Nirav Modi, a high-profile Indian jeweller, on allegations that he and his partners defrauded the Punjab National Bank of Rs 28,000 crore, which he is alleged to have siphoned overseas by fraudulently obtaining letters of undertaking for making payments to overseas suppliers. Modi is absconding and is believed to be in the US even as the Interpol is looking for him.

More recently, in December 2019, another high-profile executive, Jagdish Khattar, the former managing director of Maruti Udyog Ltd., India’s largest carmaker, was booked by the CBI for charges against him of cheating the Punjab National Bank of Rs 110 crore. That case is still being investigated although Khattar has not been arrested.

These few examples are really the tip of the iceberg. Nefarious deals between banks and influential entrepreneurs abound in India. Not long ago, a private sector steel company was embroiled in a similar controversy when a partly government-controlled financial institution was believed to be lending it vast sums of money although past loans taken by the company had turned into non-performing assets.

The curious paradox about such cases is that in many of the cases, the authorities, including investigative agencies, wake up when it is already too late. In Yes Bank’s case, the RBI has been issuing warnings about financial inconsistencies in the bank’s reports. Doubts about Mallya’s ability to run his airline and manage his finances have been floating around long before he fled India.

The other, more disheartening, aspect of all this is the hagiographical treatment that the media have meted out to some of these controversial promoters and businessmen. Vijay Mallya, now 64, has had countless laudatory cover stories or “puff pieces” about him. Rana Kapoor, an aggressive publicity seeker, has found similar success with the Indian media. Jagdish Khattar was routinely lionised by India’s business press during his stint as managing director of Maruti between 2002 and 2007.

The truth is that India’s institutions, particularly in the financial sector, are prone to misuse—either because of the clout of powerful corporate borrowers or because of complicit bank officials, or both. India’s government has various laws, organisations and agencies that have been established to prevent financial fraud. Yet, with regular frequency, shocking instances of brazen misuse of the financial system come to light. What is needed is a will to break the cronyism that plagues the nexus between financiers and their corporate clients. And when frauds come to light, swift dispensation of justice could work as a deterrent.