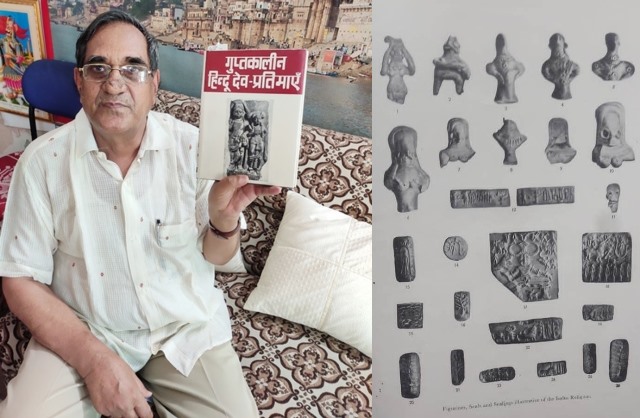 ‘Yoga Was Practised During Indus Valley Civilisation Too’

Yoga is ancient, but how ancient it is? Many people ask when the Yogic postures were invented in India. The answer is not simple but evidences confirm its connection to Harappa and Mohenjo-Daro sites. Both the places were inhabited from 3300 to 1300 BCE, which means its over 5,000 years old, as per the records found so far.

Jhon Marshall, who helped in the excavation of Harappa and Mohenjo-Daro sites, had collected a series of evidences in form of statues from the sites and photographed them. When we study the photos and the idols of gods and goddesses thoroughly, we find that many of them are in Yogic posture, similar to the ones we follow today.

The most crucial evidence is the idol of Pashupatinath or Lord Shiva, recovered from the Harappan site. The posture of the idol is similar to the most common Yogic posture, which is still being followed. In the ancient Indian scriptures, Pashupatinath or God Shiva is considered as Adi Yogi, so if we connect the dots, we find that the Harappans were Shaivite and were aware of Yogic postures. This is an eye opening revelation which many people don’t know.

Still no direct link to any person has been found for origin of Yoga but the most crucial evidences are in form of idols recovered from the Harappan site. A series of idols of goddesses photographed and compared by John Marshall, are in Yogic postures. The postures are believed to be the same since over 5,000 years, and that is something to be proud of as an Indian.

The Harappa and Mohenjo-Daro people were Shaivaite and they spread across the Indian subcontinent. Despite a variety of language and culture, the source of divinity– God Shiva—is common across India. The Harappan civilization and Yoga had spread from Kabul to Kanya Kumari and from Baluchistan to Indonesia and Java-Sumatra before Islamic invasions in India. Traces of Yogic cultures can still be found buried in Afghanistan, Pakistan, Indonesia and other south-east Asian countries including Tibet and China.

Research for an exact answer for origin of Yoga is still on. Nobody knows who invented it, in which era it was invented and how. From the evidences we can connect it to Harppan civilization as of now but more excavation of similar or older sites can reveal more about Yoga.

Yes, it is believed that in the yogic lore, Shiva is seen as the first yogi or Adiyogi, and the first Guru or Adi Guru.
The practice of Yoga is believed to have started with the very dawn of civilization. The science of yoga has its origin thousands of years ago, long before the first religions or belief systems were born.

This is really amazing

Necessary Functional Performance/Analytics Social
These cookies are essential in order to enable you to move around the website and use its features. Without these cookies basic services cannot be provided.
PHPSESSID
Cookie generated by applications based on the PHP language. This is a general purpose identifier used to maintain user session variables. It is normally a random generated number, how it is used can be specific to the site, but a good example is maintaining a logged-in status for a user between pages.
wordpress_test_cookie
Used on sites built with Wordpress. Tests whether or not the browser has cookies enabled
Technical Cookies
In order to use this website we use the following technically required cookies
These cookies allow the website to remember choices you make (such as your user name, language or the region you are in) and provide enhanced, more personal features. These cookies can also be used to remember changes you have made to text size, fonts and other parts of web pages that you can customize. They may also be used to provide services you have asked for such as watching a video or commenting on a blog. The information these cookies collect may be anonymized and they cannot track your browsing activity on other websites.
Weather.io
Remember you weather Location
__unam
This cookie is usually associated with the ShareThis social sharing widget placed in a site to enable sharing of content across various social networks. It counts clicks and shares of a page.
__cfduid
Cookie associated with sites using CloudFlare, used to speed up page load times. According to CloudFlare it is used to override any security restrictions based on the IP address the visitor is coming from. It does not contain any user identification information.
__cfruid
Cookie associated with sites using CloudFlare, used to identify trusted web traffic.
These cookies collect information about how visitors use a website, for instance which pages visitors go to most often, and if they get error messages from web pages. These cookies don’t collect information that identifies a visitor. All information these cookies collect is aggregated and therefore anonymous. It is only used to improve how a website works.
_gat_gtag_UA_2592650_1
This cookies is installed by Google Universal Analytics to throttle the request rate to limit the collection of data on high traffic sites.
_gat_gtag_UA_2592650_12
This cookies is installed by Google Universal Analytics to throttle the request rate to limit the collection of data on high traffic sites.
GPS
This cookie is set by Youtube and registers a unique ID for tracking users based on their geographical location.
HotJar
_ga
This cookie name is associated with Google Universal Analytics - which is a significant update to Google's more commonly used analytics service. This cookie is used to distinguish unique users by assigning a randomly generated number as a client identifier. It is included in each page request in a site and used to calculate visitor, session and campaign data for the sites analytics reports. By default it is set to expire after 2 years, although this is customisable by website owners.
_gat
This cookie name is associated with Google Universal Analytics, according to documentation it is used to throttle the request rate - limiting the collection of data on high traffic sites. It expires after 10 minutes.
_gid
This cookie is installed by Google Analytics. The cookie is used to store information of how visitors use a website and helps in creating an analytics report of how the website is doing. The data collected including the number visitors, the source where they have come from, and the pages visited in an anonymous form.
These cookies are used by Youtube, Google, Twitter, and Facebook to deliver adverts that are relevant to you and your interests. They are also used to limit the number of times you see an advertisement as well as help measure the effectiveness of the advertising campaign.
Google
Facebook
Youtube
Twitter
Decline all Services
Accept all Services
wpDiscuz
5
0
Would love your thoughts, please comment.x
()
x
| Reply