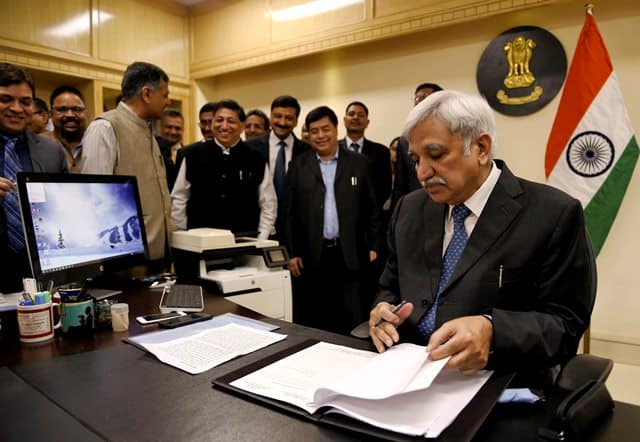 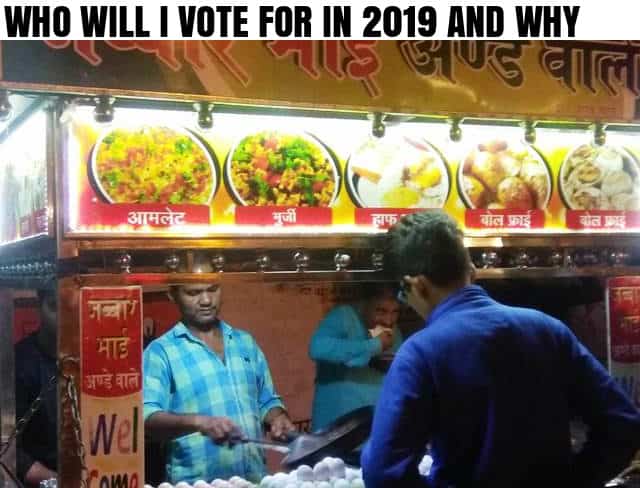 Arif Jabbar, Street Vendor, Morena, Madhya Pradesh I know very little about politics and political agendas of our leaders. But what I have been watching on TV channels and heard from people around me, there is little doubt that poor Muslims are living under a shadow of fear ever since Narendra Modi came to power in 2014. Many Hindu brothers see Modi as their hero. Modiji is a hard-working man but does he realise that his supporters are a violent lot. And his coming to power has given them a licence to target Muslims. I will give you a recent example. There was an election rally of (former) chief minister Shivraj Singh two months back in Morena. Young men came roaring on bikes, raised slogans of Modi jindabad and created an atmosphere of fear among us street vendors. This happens each time there is a BJP-VHP function. Police also becomes helpless when these men come in large groups, with BJP flags on their bikes, and cause trouble. All kind of men come to my stall for snacks. Many of them are passionate about Modi’s leadership. They just cannot listen anything against him. This kind of unconditional passion can easily turn into fanatical behaviour. Is Modiji not aware of this, I doubt. Now that elections are approaching, I worry if political groups will stir up communal sentiments once again. I have two sons and a daughter. I want them to study and get a good position in society. This is what every father of any faith would want – a peaceful and respectful life for his children. But every time I see media reports of lynching and violence over cow slaughter, I fear for the safety of my own family. Modiji is the topmost leader of the country, shouldn’t he spare a thought about our fears and concerns? Rahulji abhi young hain (Rahul Gandhi is still young). He carries no malice but he will take more time to challenge Modi in terms of vote catching. Politics is full of shrewd and cunning people. If you want to survive in this field, Rahulji will have to learn their tricks. Last time I went to vote, they said my name was not on the rolls. I showed them my election card, they said the ward does not carry my name. My entire family’s name wasn’t there. I returned without casting my vote. We are poor people, we are not like service people who get an off from work on polling day. We have to make preparations for the evening for our daily bread. We cannot spend long hours for inclusion of our names on the rolls. Mostly, this work is done by political volunteers. Hopefully, I will be able to cast my vote this time. Part of my family lives in Itawah, Uttar Pradesh. They are traditional supporters of Samajwadi Party. But here, they have no presence. So the choice falls back on the Congress. I pray for the well-being of my country and for this I do not think that the BJP is the right choice to be elected to power.  ]]> 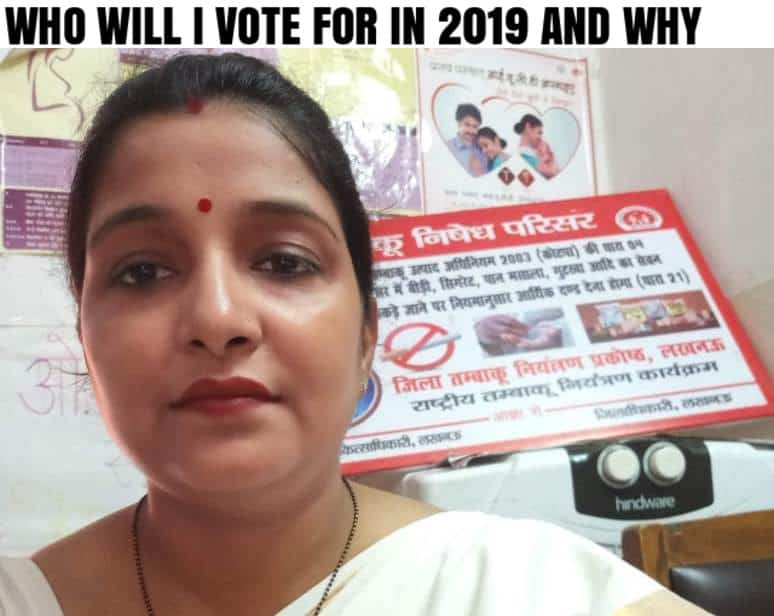 Meena Singh, Upper Division Clerk, Lucknow   I have been in government service for a decade and half. I have witnessed the callous attitude of state employees, rampant corruption and indiscipline very closely. One thing that I can tell you with conviction that the (Narendra) Modi government has genuinely tried to bring about a change in sarkari work culture during its (nearly) five years of rule. In my own department, I would notice the lower level staff never came on time and left at their own will. During winter, the offices will go empty after barely an hour of work, as most of the staff, from Section Officer to Chaprasi (peon), will spread out on the lawns under the sun. Those associated with employees’ welfare groups were the worst to handle with. I remember some of them would dare even IAS-level officers to take any action against them. Things gradually began to change after Modi Sarkar came to power and in October, 2104 our office was equipped with biometric attendance machines. Last year, even the state government offices followed this practice after Yogi (Adityanath) became UP chief minister. I guess more than the machine, it was the message – Modi means business – that went down at every level. Har dawa kadvi hoti hai par asar karti hai (medicinal pill may be bitter, but gives positive results in the long term). Initially, a lot of babus were skeptical in our office too. They said this will not last. But many of us, including me, welcomed it. I am not saying our department performance has improved drastically but earlier the errant moved without any fear of action. They were shameless. I saw people asking for chadava (bribe money) as if they were demanding legitimate wages. Now, babus have been advised to even follow social media to ensure that any negative feedback does not reach the higher-ups. Every time, our family finds some work stuck in a government office, my son advises me to put the name of department and official concerned on Twitter. So, in a way, the machinery is becoming responsive. Today, the work-shirker know they are on the wrong and may get penalized. There has been inquiry ordered against several babus I know. Now, the bribe is asked in hush tones. The corrupt has fear of government in mind. This is no mean achievement, in my opinion. And I give Modi ji 100 per cent credit for this. Another change is the cleanliness in our offices. When I had joined work, we used to carry our own dusting cloths with us to clean our chairs and tables. The safai staff would just not budge. Swachh Bharat mission has given us a big relief. There are random ‘safai audit’ and the errant staff is warned. Besides, there is a behavioural change among the staff about cleanliness and hygiene. I know it will take several decades for our government employees to come clean. The system will not change with just one Modi. But at least there has been a step towards that direction. My vote goes to Modi ji. He definitely deserves a second term.  ]]>