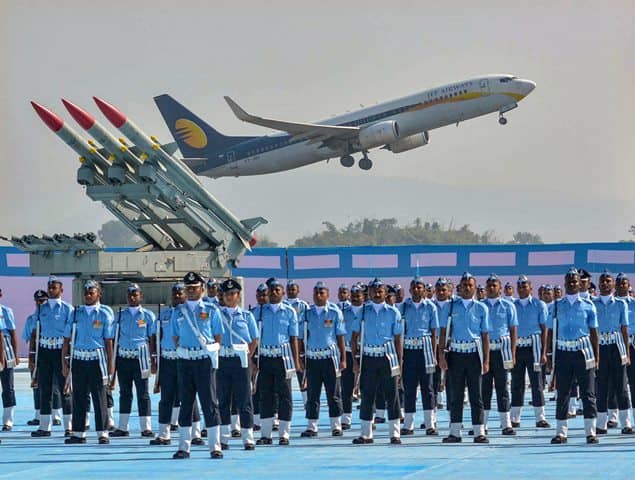 Amid questions over the Balakot air strike, Indian Air Force (IAF) chief Air Chief Marshal B S Dhanoa on Monday said the fighter planes had hit the target given to them but he cannot give the number of casualties suffered as it is for the government to do so.

“IAF is not in a position to clarify the number of casualties. The government will clarify that. We don’t count human casualties, we count what targets we have hit or not. We hit our target,” he told reporters in New Delhi.

The Air Chief Marshal was responding when asked whether he could give the number of casualties suffered in the February 26 air raids by the IAF on a Jaish-e-Mohammad (JeM) camp in Balakot.

“The air force doesn’t calculate the casualty numbers, the government does that… We can’t count how many people died. It depends on how many people were there. That is why the Army is there,” Dhanoa said.

He went on to add, “The target has been clearly amplified by the Foreign Secretary (Vijay Gokhale) in his statement. If we plan to hit the target, we hit the target. Otherwise, why would he (Pakistan Prime Minister Imran Khan) have responded? If we dropped bombs in the jungles, why would he respond?”

The comments assume significance as there have been questions over the exact number of casualties suffered in the air strike.

India carried out the air strike 12 days after the Jaish terror attack in Pulwama in which 40 CRPF personnel lost their lives. JeM had claimed the responsibility of the attack.

Hours after the air raid, the Foreign Secretary had told the media that the IAF fighters hit the largest militant camp of JeM in Balakot in Khyber Pakhtunkhwa province of Pakistan and “a large number of JeM terrorists, trainers, senior commanders were eliminated” in it.