Mediapart quoted Hollande as saying the Indian government proposed Reliance Defence as the partner for the French aerospace giant in the Rs 58,000 crore Rafale deal and France did not have a choice. Dassault Aviation has chosen Reliance Defence (RDL) as the Indian partner to fulfil offset obligations of the deal and both companies have already announced setting up of a joint venture to manufacture aerospace components. The opposition parties have been accusing the NDA government of favouring the RDL over state-run aerospace behemoth Hindustan Aeronautics. The government has been maintaining that it has no role in selection of RDL by Dassault Aviation. “The reported statement perhaps needs to be seen in its full context where the French media has raised issues of conflict of interest involving persons close to the former President. His subsequent statements are also relevant in this regard,” the ministry said, seen as a reference to a recent media report linking the Rafale deal with a film by Hollande’s partner Julie Gayet. The report had said Ambani’s Reliance Entertainment had signed an agreement with Gayet to produce a film before the Rafale deal was sealed. Hollande, who was France’s president when procurement of 36 Rafale jets was announced in April 2015, rejected the report. “Incidentally, media reports of February, 2012 suggest that Dassault Aviation, within two weeks of being declared the lowest bidder for procurement of 126 aircraft by the previous government, had entered into a pact for partnership with Reliance Industries in defence sector,” the defence ministry said. The previous UPA government was negotiating with Dassault Aviation for procurement of 126 Rafale jets under which 18 jets were to supplied in a fly-away condition and 108 were to be manufactured in India by the French company along with HAL. However, the UPA could not seal the deal. In its statement, the defence ministry said the joint venture between RDL and Dassault Aviation is a “purely commercial arrangement” between two private companies. The joint venture came into force in February, 2017. It said the offset can be discharged by many means such as direct purchase of eligible products and services, FDI in joint ventures and investment towards equipment and transfer of technology. “As per Defence Offset Guidelines, the foreign Original Equipment Manufacturer (OEM) is free to select any Indian company as its offset partner.” Under India’s offset policy, foreign defence entities are mandated to spend at least 30 per cent of the total contract value in India through procurement of components or setting up of research and development facilities. The ministry also referred to a press release issued by Dassault Aviation stating that the company has signed partnership agreement with several companies and is negotiating with hundred odd other companies. “As per the guidelines, the vendor is to provide the details of the offset partners either at the time of seeking offset credit or one year prior to discharge of offset obligation, which in this case will be due from 2020,” said the ministry. The Congress has been accusing massive irregularities in the deal, alleging that the government was procuring each aircraft at a cost of over Rs 1,670 crore as against Rs 526 crore finalised by the UPA government when it was negotiating procurement of 126 Rafale jets. (PTI)]]> 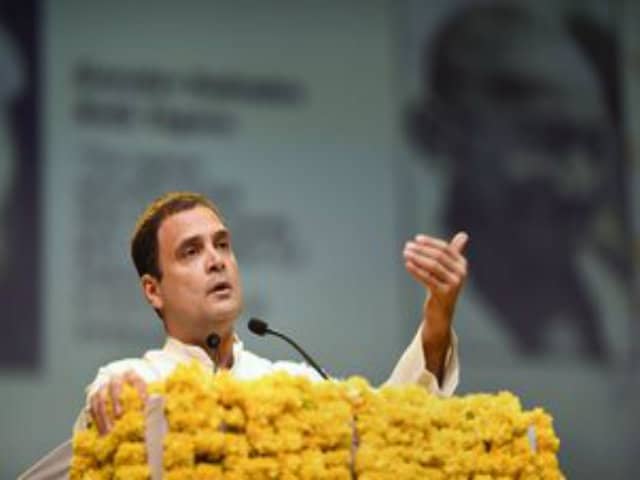 Mediapart, a French language publication, quoted Hollande as saying, “It was the Indian government that proposed this service group, and Dassault which negotiated with Ambani. We had no choice, we took the interlocutor who was given to us.” Reacting to Hollande’s reported remark that is at variance with the Indian government’s position, a defence ministry spokesperson said on Friday, “The report referring to former French president Hollande’s statement that the government of India insisted upon a particular firm as offset partner for the Dassault Aviation in Rafale is being verified.” The spokesperson also said, “It is reiterated that neither the government nor the French government had any say in the commercial decision.” The French government on Friday said it was in no manner involved in the choice of Indian industrial partners for the Rafale fighter jet deal, asserting that French companies have the full freedom to select Indian firms for the contract. Dassault Aviation, the makers of Rafale, had chosen Reliance Defence as its partner to fulfil offset obligations of the deal. The government has been maintaining it did not have any role in selection of the offset partner by Dassault. In a statement, Dassault Aviation said it decided to partner with Reliance Defence in accordance with the policy of ‘Make in India’. Modi had announced the procurement of a batch of 36 Rafale jets after holding talks with then French president Hollande on April 10, 2015 in Paris. The opposition party has been accusing the government of choosing Reliance Defence over state-run Hindustan Aeronautics to benefit the private firm though it did not have any experience in the aerospace sector. (PTI)]]>

Can you explain “Reliance” on someone with nil experience in aerospace for Rafale deal?

Self “Reliance” is obviously a critical aspect of “Make in India.”

Modi ji – nice touch removing the suit. What about the loot?https://t.co/4rGsBtNJ2D

This wasn’t the first time that the Congress has invaded Rafale airspace. Earlier this week, Congress chief spokesperson Randeep Surjewala alleged at a press conference that the Modi government has violated the defence procurement procedure (DPP) in its Rafale deal. “On April 10, Prime Minister Modi visits France and announces the deal for purchase of 36 Rafale fighter aicraft in flyaway condition. This was done unilaterally without following the DPP, without any inter-governmental agreement and in the absence of India’s Defence Minister. However, Mr. Anil Ambani, owner of Reliance Defence Limited was present in France during the Prime Minister’s visit,” Surjewala said. After the BJP-led NDA government took over in May 2014, the earlier Request for Proposal (RFP) for purchase of 126 aircraft was cancelled on July 30, 2015, and a deal was signed the next year for procurement of 36 Rafale fighter jets for $8.7 billion, Surjewala said, adding that Anil Ambani’s Reliance Defence Limited then tied up on October 3, 2016 with Dassault Aviation, the French manufacturer of the Rafale, for an Indian joint venture. Under India’s offset clause, a foreign defence company must invest half of the value of the deal it makes with New Delhi back into India. The Reliance Defence-Dassault joint venture is thus positioned to become a local part of the Rafale supply chain as well as benefit from future orders. The BJP had then said that the allegations are “baseless and unfounded”. Reliance Defence Limited, a part of the Anil Ambani-headed Reliance Anil Dhirubhai Ambani Group, had responded by asking the Congress to correct its facts or face legal action. “Government policy issued on 24 June 2016 allows for 49% FDI in the Defence Sector under the automatic route, without any prior approval. No approvals from the Union Cabinet or CCS were required for the formation of the aforesaid Joint Venture company under the automatic route,” Reliance Defence Limited said in a statement. About the presence of Anil Ambani in France during Prime Minister Modi’s April 2015 visit when the new Rafale deal was first announced, it said: “Shri Anil Ambani is a member of Indo French CEO Forum. In the said meeting, more than 20 CEOs were present.” Surjewala had also said that the joint venture helped Reliance get business (under the offset clause) worth ?30,000 crore. to this Reliance Defence said: “Offsets of Rs. 30,000 Cr. covers obligations of other OEMs including Thales, Safran & MBDA and not of Dassault alone. Over 500 large, medium and small Indian companies will benefit from the offsets which are nothing but an export obligation for goods and services from India.” (with IANS) // ]]>